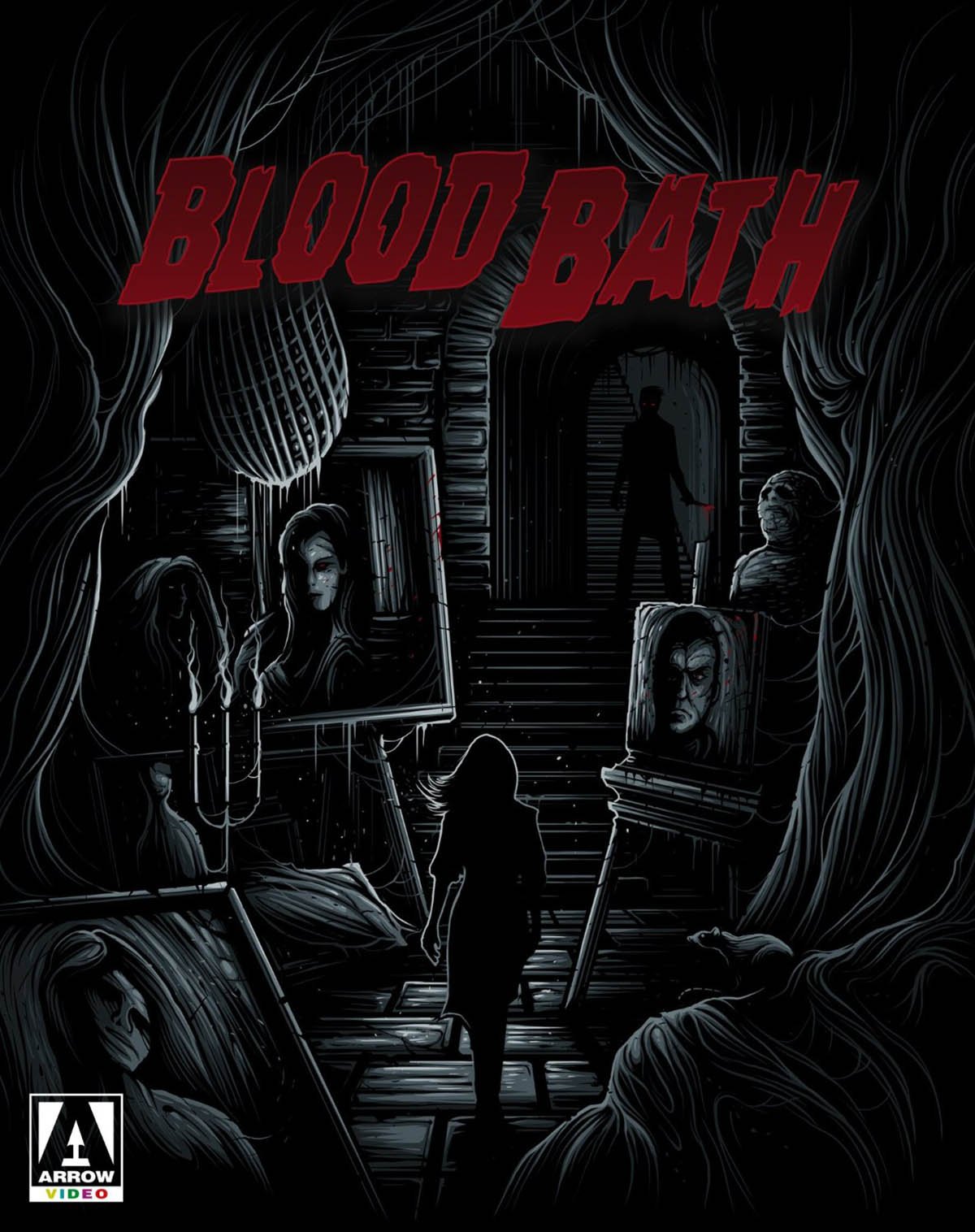 Although 1966’s Blood Bath credits both Jack Hill and Stephanie Rothman as directors, neither ever stepped onto a set together or even spoke to one another about the film’s production. These unusual procedures were the result of scheduling miscues by executive producer Roger Corman, who passed Hill’s footage onto Rothman, who shot enough new material to get the film to an acceptable, feature-length running time. Subsequently, the film was padded out for a television cut called Track of the Vampire, which is basically Blood Bath with several nonsensical sequences that don’t even feature any actors from either Hill or Rothman’s shoots.

These production methods, odd as they are for a film’s development and construction, are made more confounding by the events that led to Blood Bath’s making in the first place. Corman’s original plan was to invest in a Yugoslavian film entitled Operation Titian, starring English-speaking actors William Campbell and Patrick Magee. After seeing a finished cut, Corman believed the film couldn’t be used for stateside drive-ins, so he demanded the film be recut and re-scored, the results of which became Portrait in Terror. These cuts, essentially about an art heist gone awry, were more thrillers than outright horror films, so Corman asked Hill to take existing footage from them, then write new material that could be shot (with Campbell participating in reshoots) and edited together.

Hill’s additions turned the narrative into a horror film about Antonio Sordi (Campbell), a homicidal artist. Rothman’s efforts sought to amplify the gore quotient by motivating the murders through a curse inherited by Sordi from a vampiric relative. Neither director was happy with the result; Hill claims he’s never even seen a finished cut of the film, largely because he was so upset that his original script never made it to the screen. Blood Bath, therefore, cannot be discussed in the manner most films are, lest one simply ignore production histories and treat what’s on the screen as the only source of significance. That is, Blood Bath can simply be viewed as it unfolds on screen, but the off-screen history, in conjunction with the films, yields a deeper comprehension that transcends behind-the-scenes factoids. In this case, what happened behind the scenes are the scenes.

Purely as a film, Blood Bath expectedly turns out to be a mashup of styles and tones, with surrealist flourishes (a tracking shot focused on Sordi in the wide-open California desert) juxtaposing routine scenes of women being lured to the villain’s lair. Everything within it is odd, from rampant continuity errors, to unintelligible footage of shadowy figures from the preceding films interspersed throughout. Striking shots abound, including an opening, high-angle shot of Sordi leering at a painting of his lost love. Were one unaware of the production history (as viewers during the film’s original run undoubtedly were), errors could be mistaken for deliberate refutations of continuity style. Furthermore, additions made simply to pad the runtime could be seen as peculiar inclusions necessitating reconciliation with the film’s other, seemingly disparate parts. Incidentally, Blood Bath turns out to be as much about the viewer’s analytical presumptions as it is a toothless vampire tale.

The film’s influence can be felt in the final scene when Sordi’s victims, who’ve been mummified in wax, suddenly return to life intending to kill him; surely William Lustig had this scene in mind when he wrote and directed Maniac. But how does one watch, let alone evaluate, a film whose unique production history far exceeds the material on display? The issue isn’t one of attention during viewing, but how the entire discourse of cinema is largely predicated upon authorial attribution. Even mash-up works or essay films, which take existing footage and place them into new contexts, have a guiding vision that transforms old parts into new pieces. Museums have curators whose intentions visibly manifest in the gallery space. Blood Bath can claim no such relation, though obviously what’s in it was, at one point, meant as part of a larger vision by each of its respective filmmakers. Perhaps Blood Bath can be called avant-garde by accident, a visionless work composed by a handful of filmmakers stripped of their attempts at cohesion and singularity.

All four versions are included across two discs in Arrow Video’s new Blu-ray set, and image quality varies drastically across the four cuts. As one might expect, Blood Bath has been given the most attention with a luminous 2K scan and easily looks the best of the lot. The image retains its depth of field throughout, while blurring and edge enhancement are minimal. The majority of scratches, marks, and debris have been removed. However, on other cuts, some scenes are murky, dark, and blurry on the other cuts, which look as though they’ve simply been lifted from VHS-quality copies of the films. The mono track on each film is fine, though it’s strongest on Blood Bath, where Ronald Stein’s score is clear and without distortion.

While there’s only one major supplement to speak of, it’s a doozy: an 80-minute video essay by film critic Tim Lucas that covers the entire history of the Blood Bath saga. As it were, I recommend watching this supplement first before seeing any of the films, if only because understanding how everything came into being helps make better sense of certain elements (like continuity errors) as they appear. Lucas is thorough and lucid, using his voiceover to clearly articulate each progression of events that precipitated a new film coming into being. Interviews with Sid Haig and Jack Hill help fill out the production with firsthand accounts, while essays by Anthony Nield, Vic Pratt, Cullen Gallagher, and Peter Beckman evaluate the film and the careers of several cast members. Finally, there’s a stills gallery and a double-sided fold-out poster.

Blood Bath, both a disposable vampire tale and an indispensible chapter of film history, arrives in a stellar, limited-edition Blu-ray set from Arrow Video.