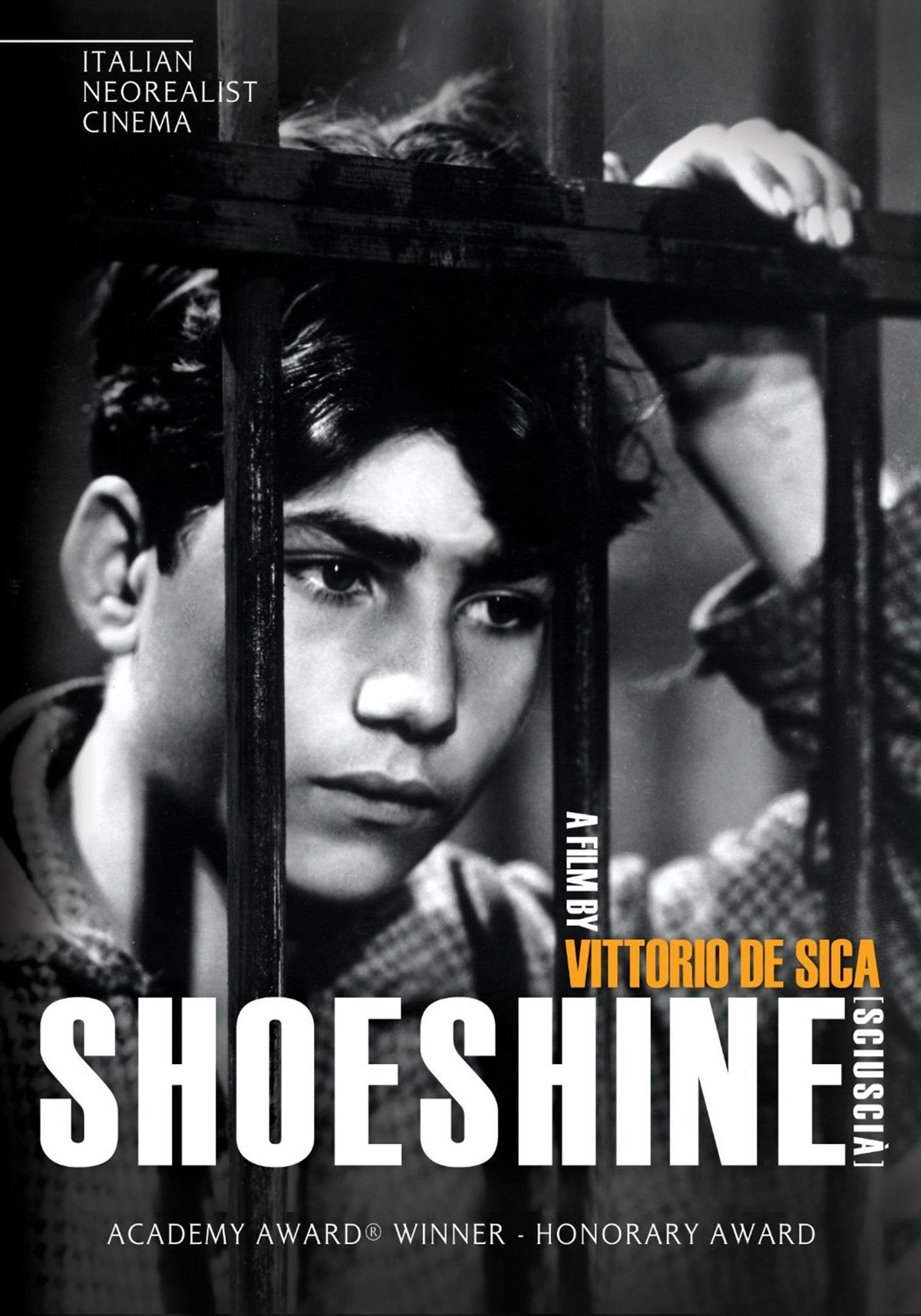 Duly enshrined as a founding work of neorealism, can Vittorio De Sica’s Shoeshine now be seen outside of its historical context as essentially a pretty good boys’ prison melodrama? While it may utilize Roman streets, slums, and outlying locations with more grit than a Warner Bros. juvenile-delinquent vehicle of the 1930s, the travails of postwar shoeshine boys and buddies Pasquale (sensitive Franco Interlenghi) and Giuseppe (feisty Rinaldo Smordoni) jibe pretty well with the troubles of the Dead End Kids. Notwithstanding the veracity of the American-occupied urban locations he captures, De Sica doesn’t innovate or subvert expectations in the manner of the contemporaneous war trilogy of Roberto Rossellini, and his plotting with principal screenwriter Cesare Zavattini doesn’t rise above the level of a vivid potboiler with a mild bent for muckraking.

After the jauntily scored opening, a sun-dappled farm idyll with Pasquale racing the horse the boys aim to purchase, De Sica’s urchins are exploited by hoods (unwittingly abetting Giuseppe’s adult brother in the robbery of a fortune teller) and labeled “violent by nature” by overworked, brusque correction officials. They never really have a chance, and though this determinism is rooted in the chaos of 1945 Rome, more common tropes of lower-class struggle prevail save for a few scenes: slum dwellers living in hallways, the fencing of black-market blankets that lands the kids behind bars, and talk of the vanished or dead parents a half-decade of warfare have taken from their generation.

De Sica and Zavattini would refine their narrative art two years later with their celebrated Bicycle Thieves, a more jolting and original mix of street grit and pathos, but Shoeshine is undermined by the familiarity of elements like the stern warden set against the compassionate prison doctor (“Better a vagrant than dead,” he mutters to a colleague of a sickly inmate), the archetypal bad boys (bespectacled brainiac, sneering cellblock leader, etc.), or the hard cut from lice-ridden Pasquale and Giuseppe scratching in their cells to their criminal mentors dining out on sweetbreads and steak. Even in staging a jailbreak (and fire!) during a communal movie screening, before the film’s tearjerking finale, De Sica applied a little too much standard polish to this tragedy of victimized waifs and their neglected, curtailed childhoods.

The black-and-white visuals, while imperfect likely due to both deterioration of the original elements, use of inexpensive film stock, and the nascent techniques of mid-‘40s non-studio shooting, have a striking immediacy and balance of light and shadows, particularly in outdoor scenes. The monaural, traditionally post-dubbed sound is nothing special, but serviceable and likely as fully restored as possible.

Aside from a re-release trailer for the restored Shoeshine, the sole supplement is a commentary track by critic and author Bert Cardullo, who sticks largely to basic analysis of framing, camera angles, and lighting (particularly the purposeful and low-budget reasons for the lack of it) rather than the production history or biography of Vittorio De Sica and his collaborators. His observations on the plot’s deployment of traditional prison-genre staples, the imposition of crassly manipulative music cues on De Sica by his producers, and the director’s admission that he cast cute juvenile leads rather than the homely ruffians whose lives he researched seemingly contradict Cardullo’s championing of the film as unvarnished truth-telling.

A keystone in a historic cinematic movement, but this release does not persuade that it equals the best of its era or its genre.