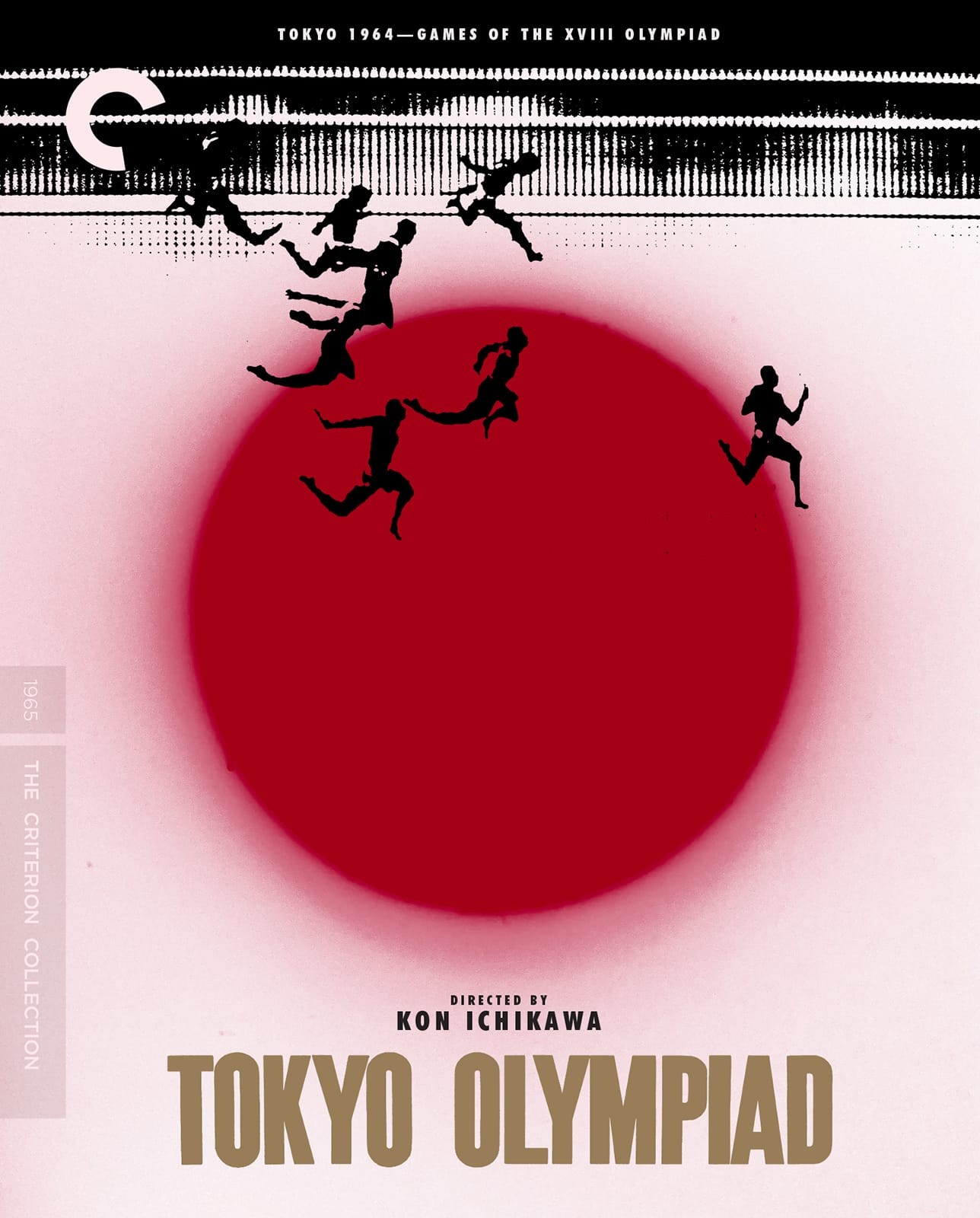 Modern television coverage of the Olympic Games is saturated with mawkish backstories of only the most high-profile athletes and marked by a disproportionate focus on medal counts and world records. And while the Olympics are, in part, a celebration of athletic greatness, often in individual events and performances, one could be forgiven for forgetting that there are myriad other narratives that can be teased out from within such a worldwide sporting event, as the Criterion Collection’s 2017 box set 100 Years of Olympic Films: 1912-2012 firmly attests. Commissioned by the Japanese Olympic Committee to film the 1964 Olympics in Tokyo, Kon Ichikawa opted for a sprawling and prismatic portrait of the Games that celebrates not only the spectacle and glory that comes with the opening, closing, and medal ceremonies, but also the humor found in certain events and the pain, sorrow, and isolation that often results from defeat or a devastating, untimely injury.

Employing state-of-the-art telephoto lenses and a crew of over 150 cameramen, Tokyo Olympiad is almost purely freeform in its style. The film fills its 168-minute running time with everything from expansive wide shots that capture the gargantuan scale of the mesmerizing opening ceremony to an array of small, often intimate physical actions involved in athletic performance, frequently conveyed through a combination of slow motion and extreme, often abstract close-ups. It’s rarely the outcome of the events that catches Ichikawa’s attention, but rather the sight and sound of an athlete in an extremity of anguish and joy as they prepare for their Olympic moment. Whether homing in on runners’ legs as they sprint, the intertwined limbs of wrestlers, the graceful movements of gymnasts, or the painfully contorted faces of weightlifters and shot putters, Ichikawa exhibits a singular fascination with human bodies being pushed to, and occasionally past, their breaking point.

Unlike Leni Reifenstahl, whose 1938 film Olympia exalted the perfection of the athletic body, Ichikawa is far more egalitarian, both in his focus on bodies of all sizes and races and in his willingness to shift focus toward those competitors not lucky enough to find their way to the podium. This tendency is most eloquently exhibited in the film’s penultimate sequence, which focuses on the marathon. Invariably, Ethiopia’s Abebe Bikila, who won the event by several minutes, remains a recurring figure over this 15-minute segment, but Ichikawa repeatedly cuts to shots of runners who are lagging behind. The fanfare of Bikila crossing the finish line does make the final cut, yet the most thrilling moments are when one man falls from exhaustion only to rise after the crowd, whose words he cannot understand, urges him to continue, and later, long after the winners have finished, when another racer stumbles through the final 100 meters to a stadium full of cheers—the only reward for finishing an agonizing race.

Ichikawa’s humanism is evident in his fascination with those athletes who struggle during their events, as well as in the way he spotlights those who feel alienated in Japan. In the film’s only segment to focus on a specific athlete, Ichikawa chooses not an internationally renowned runner, but Ahamed Isa, one of only two athletes attending the Olympics from the recently established Republic of Chad. Ultimately, Isa didn’t even make it to the finals of the 800 meters after being eliminated following a sixth-place finish in the semi-finals. But Ichikawa senses in his very presence something deeply indicative of the spirit of the Olympics, both in the young man’s pride in representing his blossoming new country and in his isolation. Where many films about the Olympic Games tend to highlight how welcoming and friendly their host cities are, Ichikawa focuses on the melancholic disconnect felt by Isa throughout his culture-clash experience, from the moment he’s greeted by flashing cameras as he exits his plane to his eating of unfamiliar foods in a bustling cafeteria all by himself.

Given Ichikawa’s idiosyncratic approach to the sports documentary, it’s unsurprising that the International Olympic Committee strongly disliked the final result, complaining about its innumerable experimental tactics and lack of emphasis on the winners. The Japanese Olympic Committee was also disappointed by the film’s dearth of patriotic fervor. But this dissatisfaction speaks to what remains so singular about Tokyo Olympiad: its boundless curiosity and willingness to home in on seemingly minor or miniscule details, and from never-before-seen perspectives, and combine them into a kaleidoscopic vision of the Games. The film’s influence on sports photography cannot be overstated, and over 50 years later, it still stands as one of the most thrilling, humane, and unusual sports documentaries ever made.

Criterion’s transfer stems from a new 4K digital restoration and the results are remarkable across the board. The image is consistently sharp, with the smallest of details now visible in all of the many close-ups, and an even grain distribution that lends the film a beautifully textured look. The color balancing is quite naturalistic, particularly in the skin tones, but also leaves room for the dynamic range of colors to really pop, especially during the opening ceremony. Perhaps even more impressive is the uncompressed monaural soundtrack, which highlights the genius of the film’s sound design, with isolated audio tracks, used to great emphasis in events like the women’s 80m hurdles, sounding clean and precise while the various sounds from the crowd and the athletes in competition are nicely separated in the mix.

As the Tokyo Olympiad disc in 100 Years of Olympic Films box set is barebones, we’re thankful that this individual release restores all of the extras from Criterion’s long out-of-print 2002 DVD, as well as adds a number of fantastic new features. Of all these extras, new and old, Peter Cowie’s incredibly erudite audio commentary, recorded in 2001, remains the crown gem. Cowie proves himself not only well versed in the career of director Kon Ichikawa, but also a bona fide expert on the Olympic Games. He takes the viewer through the history of both the ancient and modern Olympics, as well as provides context, details, and trivia about nearly every event depicted in the film, from the material used to create the track to the various ways different cities keep the Olympic flames lit. Ample time is also devoted to covering Ichikawa’s compassionate approach to the sports documentary and his desire to use experimental techniques to capture the 16-day event from every possible angle. Along with his commentary, Cowie is also present in a new 10-minute introduction to the film, where he discusses Ichikawa’s bold aesthetic strategies and his status as a not-quite-auteur.

Ichikawa himself can be found expounding on his work on the film in three separate interviews: two shorter ones recorded in 1964 and a longer one from 1992. In the earlier conversations, he covers the pre-production and editing processes of the film and pushes back against the tendency of people to think of documentary and fiction films as intrinsically different. In the latter interview, he reflects on his desire to show the athletes immediately before and after the events as a means to discover the internal conflicts of the participants.

The heftiest of the new extras is the 80-plus minutes of additional footage that Ichikawa shot at the 1964 Olympics, which Criterion has divided into four groups: track and field; aquatics; team ball sports (football, basketball, and field hockey); and wrestling, weightlifting, and cycling. This footage offers an extended look at a number of events that were only briefly touched upon in the finished film and comes with another introduction by Cowie, who gets into the nuts and bolts of more events, particularly the aquatic sports.

Criterion has also included a new half-hour documentary about Ichikawa, which includes interviews with his son and several collaborators, and touches on the director’s insistence on portraying humanity in both its glories and foibles, as well as his surprisingly extensive use of storyboards in the making of the documentary. The disc also covers the restoration with an interview restoration producer Adrian Wood, and comes with a foldout booklet with an essay by James Quandt that further delves into the humanism of Ichikawa’s filmmaking.

This Blu-ray comes with an impressive array of extras not found in Criterion’s 100 Years of Olympics box set, making it an essential addition to any home-video collection.