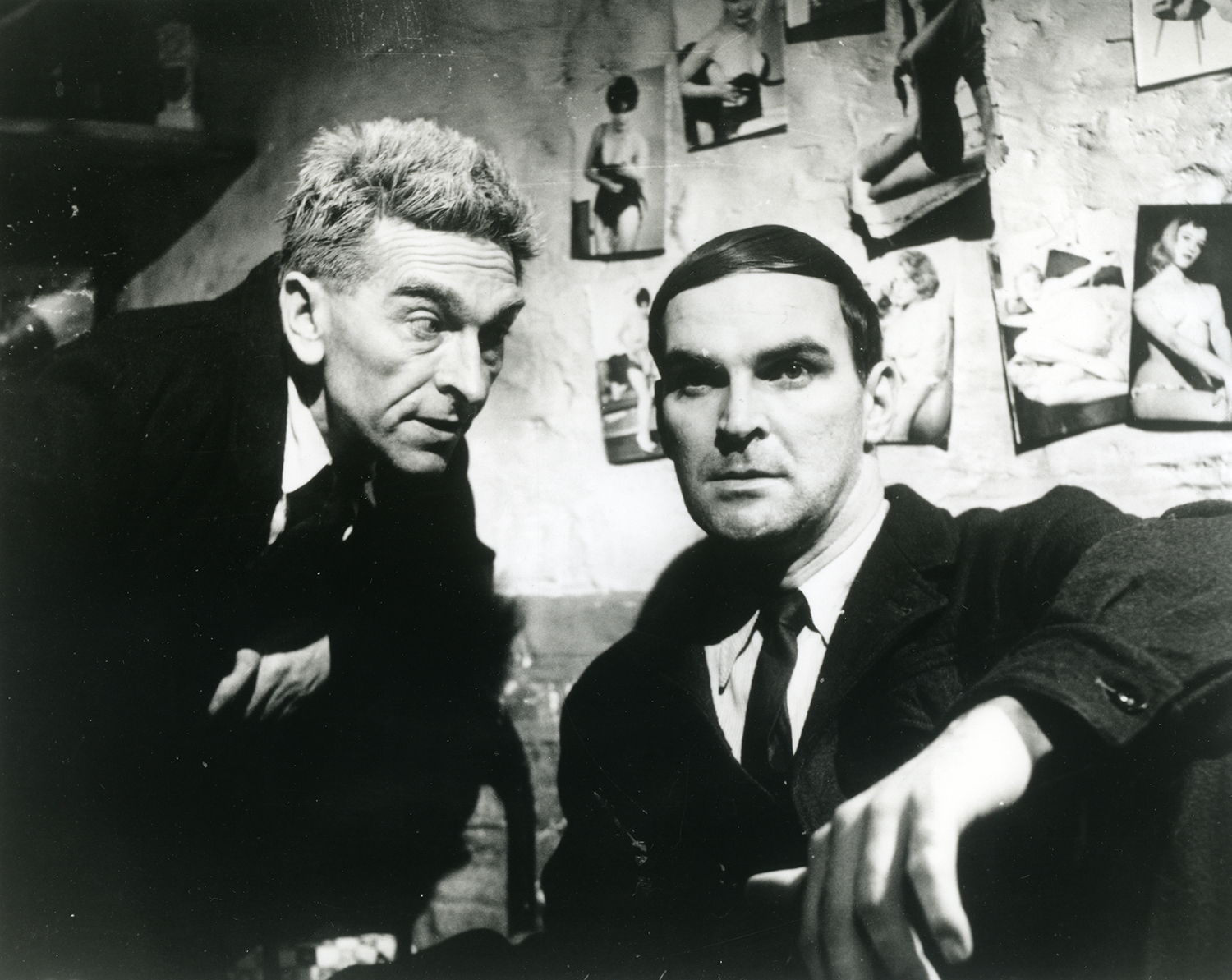 Considered superficially, Joseph Losey’s The Criminal and Accident couldn’t be more different. The former is a lean, noirish heist film, shot in moody monochrome by Robert Krasker, who lensed Carol Reed’s The Third Man. The latter is an elliptical examination of middle-aged disillusionment, filmed in vibrant Eastmancolor by Gerry Fisher, that’s far closer to the European sensibilities of Michelangelo Antonioni or Claude Chabrol than the kitchen-sink realism or Swinging Sixties hipness of its British contemporaries.

But, in fact, a number of formal and thematic elements unite these films. Notably, they’re both concerned with delineating the stakes, as well as the consequences, of a male rivalry that takes place in a pressure-cooker milieu where women’s concerns have been shunted to the sidelines. And both films benefit immensely from the expatriate American filmmaker’s outsider perspective on the class hierarchies and other institutions that structure British society.

The Criminal, released in 1960, straightaway signals its intention to reframe viewer expectations. The film opens on a trio of men, playing a friendly game of cards, their intent faces in focus against the blurry, bland backdrop of gray walls. Only when Krasker’s camera dollies back is it revealed that these men are convicts. The scene slyly introduces the notion that for the criminal class the daily rhythms of existence are practically indistinguishable whether they’re under lock-and-key or on the outside.

This notion carries through to the structure of the film, which alternates between sequences set in prison and in so-called normal society, so that narrative ultimately describes a vicious circle, an image that finds its visual correlative in the film’s final shot: prisoners in the yard marching around in circles. The only escape from this endless drudgery, The Criminal seems to suggest, comes not by rehabilitation and release, but through the oblivion of death.

Losey cannily uses the reintroduction of a convict into prison society to map out both its physical topography and its power structures, the one maintained by the prison officials, and the one enforced by the equally inflexible organization of the criminals themselves. The filmmaker shoots this sequence in a complicated series of lateral pans, tracking shots, and vertical crane shots, so that you might almost think it was one unbroken take.

The scene visually links the newcomer, Kelly (Kenneth Cope), with resident antihero Johnny Bannion (Stanley Baker), who watches his arrival through a peephole. Turns out there’s an outstanding beef between them. Rather than risk his impending parole, however, Bannion sets the aptly named Clobber (Kenneth J. Warren) on Kelly. The film’s first segment ends in the prison governor’s office, where Bannion obtains his release, and the governor (Noel Willman) is informed Kelly “fell down some stairs,” a finding he clearly doesn’t believe for a second.

On the outside, Bannion wastes no time setting up the next heist. But Losey once again toys with viewer expectations by not even showing the actual caper, only a rather desultory planning session, and a bit of the immediate aftermath. Losey seems to equally downplay Bannion’s amorous exploits with new moll Suzanne (Margit Saad), apart from one fairly risqué moment of partial nudity. It’s interesting to watch Losey and screenwriter Alun Owen continually push against the more stereotypical (read: producer-mandated) story elements.

Back in prison before you can say “somebody squealed,” Bannion pays mob bigwig Saffron (Grégoire Aslan) to stage a riot that will cover his escape. This sequence, complete with chaotic staging across several tiers of cells and staircases, leaning heavily on quick cuts and canted angles, immediately calls to mind Don Siegel’s minimalist masterwork Riot in Cell Block 11. From here the film moves inexorably toward its snowbound finale, providing a suitably wintry middle term between Jacques Tourneur’s Nightfall and François Truffaut’s Shoot the Piano Player. Whereas both those films ended reasonably well for their beleaguered protagonists, here we wind up with a towering crane shot that fixes Bannion’s fallen form against a mucky field, while his former cronies frantically dig for buried treasure.

The second of three collaborations with playwright-turned-screenwriter Harold Pinter, 1967’s Accident layers an aura of dread over its tale of jealousy and infidelity by opening with the titular automotive smashup. In this way viewers are kept keenly aware of key characters’ fate throughout the film’s slow-burn buildup. And, by starting near the end, then wrapping around to an earlier point, the film, like The Criminal, describes another ominous circle.

Accident depicts the rivalry between two Oxford professors, Stephen (Dirk Bogarde) and Charley (Stanley Baker), for the attention and affections of enigmatic foreign student, Anna (Jacqueline Sassard). In order to keep their object of desire properly obscure, the film doesn’t give Anna any lines for nearly half an hour. Rather than stripping her of any agency, this narrative move forces audiences to keep guessing what precisely her motivations may be.

The film’s bravura central set piece is an idyllic garden party at Stephen’s country home that turns into a boozy sleepover. The scene effectively expands the incipient triangle into a more polymorphous geometrical figure through the addition of Anna’s would-be beau, William (Michael York), and Stephen’s very pregnant wife, Rosalind (Vivien Merchant). Here real life fascinatingly splashes over into reel life, when you consider that Merchant was married at the time to Pinter, who was openly cheating on her with another actress.

In the aftermath of the accident, Stephen carries the injured, dazed Anna into his house, where he proceeds to take advantage of her nearly comatose state. Accident, however, refuses to take any moral stance on his actions. In fact, you could even argue that it provides him with something resembling a happy ending. The film’s final shot shows Stephen ushering his family (complete with new baby) back into the house, providing a virtual bookend with the film’s opening shot. Now as then, however, the stillness is broken by the clamorous sound of the accident. Does it return eternally to haunt Stephen, or is it something he has managed to close the door on forever? Losey and Pinter refuse to say.

Joseph Losey’s The Criminal and Accident are now available on Blu-ray.