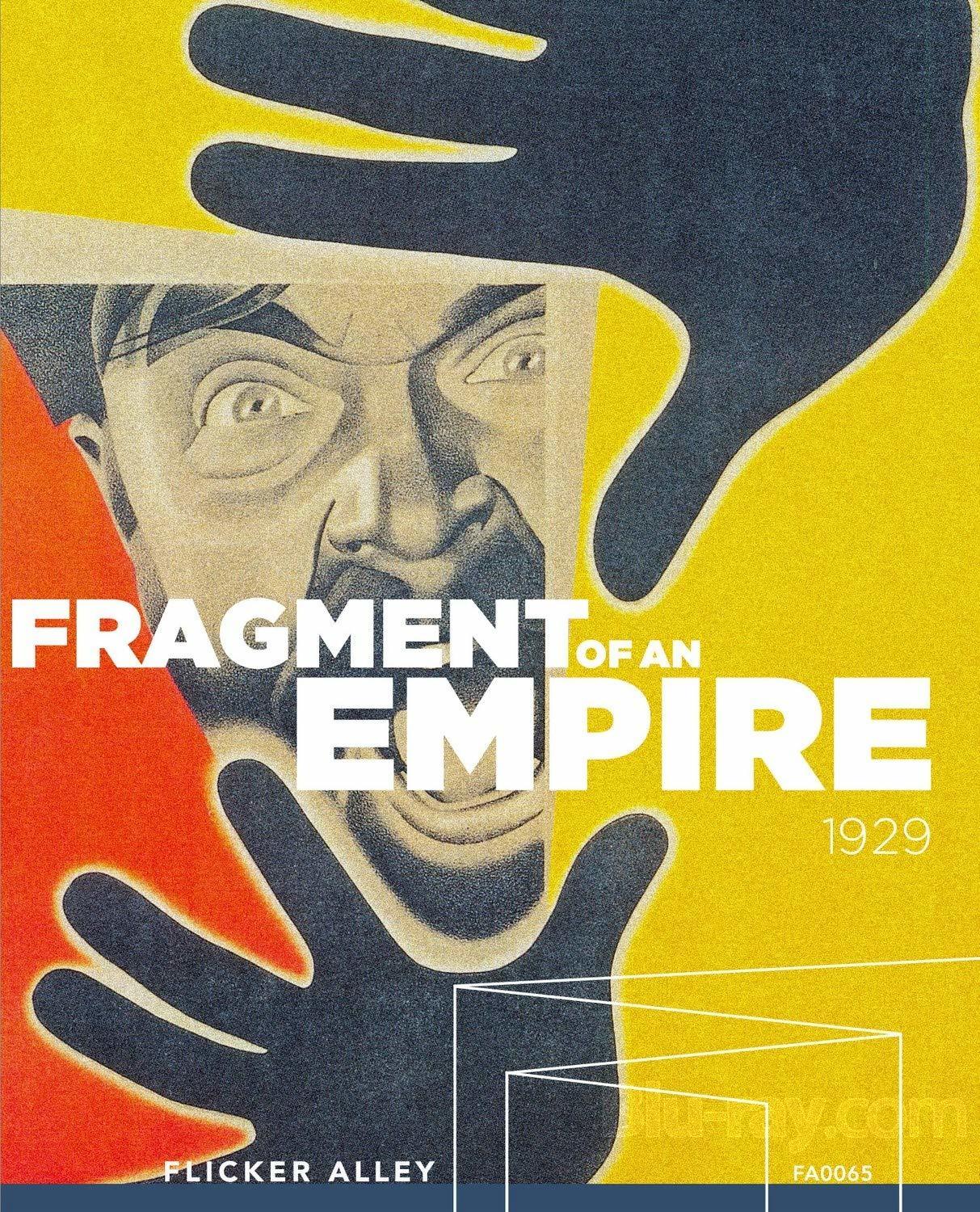 Fridrikh Ermler’s 1929 silent propaganda film Fragment of an Empire bears the marks of a transitional work, employing as it does the Soviet montage editing style that was popularized in the mid-1920s while also embracing the grounded socialist realism that would take hold among Russian filmmakers in the 1930s. And the tension between its styles is apt, given that the core narrative conflict of the film brings into focus the opposing values and ideals of tsarist Russia and the Communist Russia that rose in its wake.

At the center of Ermler’s fable-esque tale is Filimonov (Fyodor Nikitin), a soldier who was left shell-shocked by his service in the Russian imperial army. Stuck in a small countryside village in a PTSD-induced haze for a decade, the young man is unaware of who he is and of the 1917 Bolshevik revolution and the rise of communism. But a series of aural and visual cues stirs him from his reverie—a familiar face on a train, the ringing of a bell, the medallion bearing the image of Cross of St. George that hangs from his neck, and the rapid movement of a sewing machine that reminds him of the firing of a machine gun—and soon he starts to grapple with the ghosts of his past and a world completely transformed by the revolution.

The film frames Filimonov’s journey as a gradual awakening, but as Carl Jung said, “There is no coming to consciousness without pain.” And Ermler, it seems, wholeheartedly agrees with that sentiment. The unbidden memories that come rushing back to Filimonov tell a harrowing story, via jagged editing and expressionistic flashbacks, of his wartime exploits. His memories are surrealistic nightmares that Ermler suggests must be processed, then purged, before Filimonov can be born anew and become susceptible to communist influence.

One particularly haunting scene finds Filimonov on an empty battlefield, prostrating in front of a giant crucifix with a figure of Christ wearing a gas mask, before both man and religious icon are crushed by a tank. Another dreamlike sequence involves two soldiers, one German and one Russian, confronting each other on a battlefield, only to realize they’re the same person (Filimonov is in both uniforms) and were only driven to fight by power-hungry officers and politicians on either side of an ideological conflict. Here, Ermler not only evokes the horrors of war, but symbolically links religion and war to the imperialist leanings of the tsar, bluntly arguing that the main function of both is to oppress the working class.

To Ermler’s credit, he doesn’t demonize everything about the old order. When Filimonov returns home to a dramatically changed St. Petersburg (now called Leningrad), it’s his former employer (Viacheslav Viskovskii), a man fired from his job and replaced by a factory committee, who offers him compassion and enough money to get by. But ultimately, Ermler sees men like these, however kind, as counterproductive to the goals of communism. Filimonov’s yearning for the familiar comforts and routines of tsarist Russia makes him feel out of step with the times, and as he traverses the Russia of the present, Ermler heightens the man’s disorientation with a montage of high-speed trolleys, fast-paced factories, women in short skirts, and strange constructivist architecture. For Ermler, Filimonov is essentially a child who must learn the value of shedding his sense of self for the good of society.

As dark as the film’s first half is, Ermler mines much humor from Filimonov’s difficulties in navigating the ins and outs of the newly minted Soviet Union, particularly once he returns to the factory he used to work at before the revolution. Across scenes that depict the man confused by how to operate the factory’s modern machinery, repeatedly calling people “Mr. Fabcom” (unaware that Fabcom is the name of the new factory committee), and gripped with fear over complaining to his superiors about work conditions, Ermler taps into the absurdities of the formalities and servility embedded in the old, classist order. All the while, he lauds the supposed egalitarian nature of communism, declaring it inherently and unequivocally just.

Late in the film, after Filimonov is taught about collective ownership and accountability, he begins to embrace the joys of communism. Ermler cuts to a heavily symbolic shot of his hero in the shower, where his face is comically covered in soapsuds. Filimonov emerges clean, with his shaggy beard now trimmed, his clothes more fitted, and his hair combed—all the distinctive traits of his former self completely sanded down. No longer is Filimonov a “sad fragment of an empire,” which is how, at one point, he describes himself and others who suffered during the war and the revolution. For him and Ermler, the best way to rebuild is to become a faceless but productive cog in a machine.

Flicker Alley’s transfer, sourced from a recent restoration of the film’s original 35mm nitrate print, is luminous. The contrast of the image is particularly remarkable, especially in the first act, which is filled with beautifully rendered and expressive shadows and pools of light, which dominate the wartime flashback scenes. The sharpness of the image is equally impressive, offering rich textures and clarity in the actors’ faces, as well as in the objects and machines that populate many of the film’s montages. Some fluctuations in sharpness and instances of damage and debris are visible throughout, but given the state of the original materials, these are minor complaints. Both the new score composed and performed by Stephen Horne and Frank Bockius and an adaptation of Vladimir Deshovov’s 1929 piano score, performed by Daan van den Hurk, are beautifully recorded and resonant accompaniments to the film.

The commentary track with Russian film historian and curator Peter Bagrov and film restorer Robert Byrne provides unique insight into the efforts behind the lengthy restoration process of Fragment of an Empire, with the two men discussing the compilation of montage lists, the discovery of missing shots and scenes from various prints from around the world, and the creation of new intertitles. Along with delving into the nuts and bolts of film restoration, they talk at length about Fridrikh Ermler and his film’s place in Russian cinematic history, as well as provide a nuanced reading of the film that helps to place it in its historical context. The 15-minute “Restoring Fragment of an Empire” serves as an excellent companion piece to the commentary, showing side-by-side footage of the unrestored and restored versions of three different scenes. The package also comes with a beautiful booklet with numerous stills from the film, statements by the composers of both scores, and a lengthy essay “A Masterpiece of Russia Cinema” that explores Ermler’s thematic intents, his often-extreme working methods, and his contentious relationship with actor Fedor Nikitin, with whom he worked four times.

Flicker Alley’s gorgeous transfer should help to bolster the reputation of Fridrikh Ermler’s singular and surprisingly funny Soviet propaganda film in the West.

Review: Jane Campion’s An Angel at My Table on Criterion Blu-ray