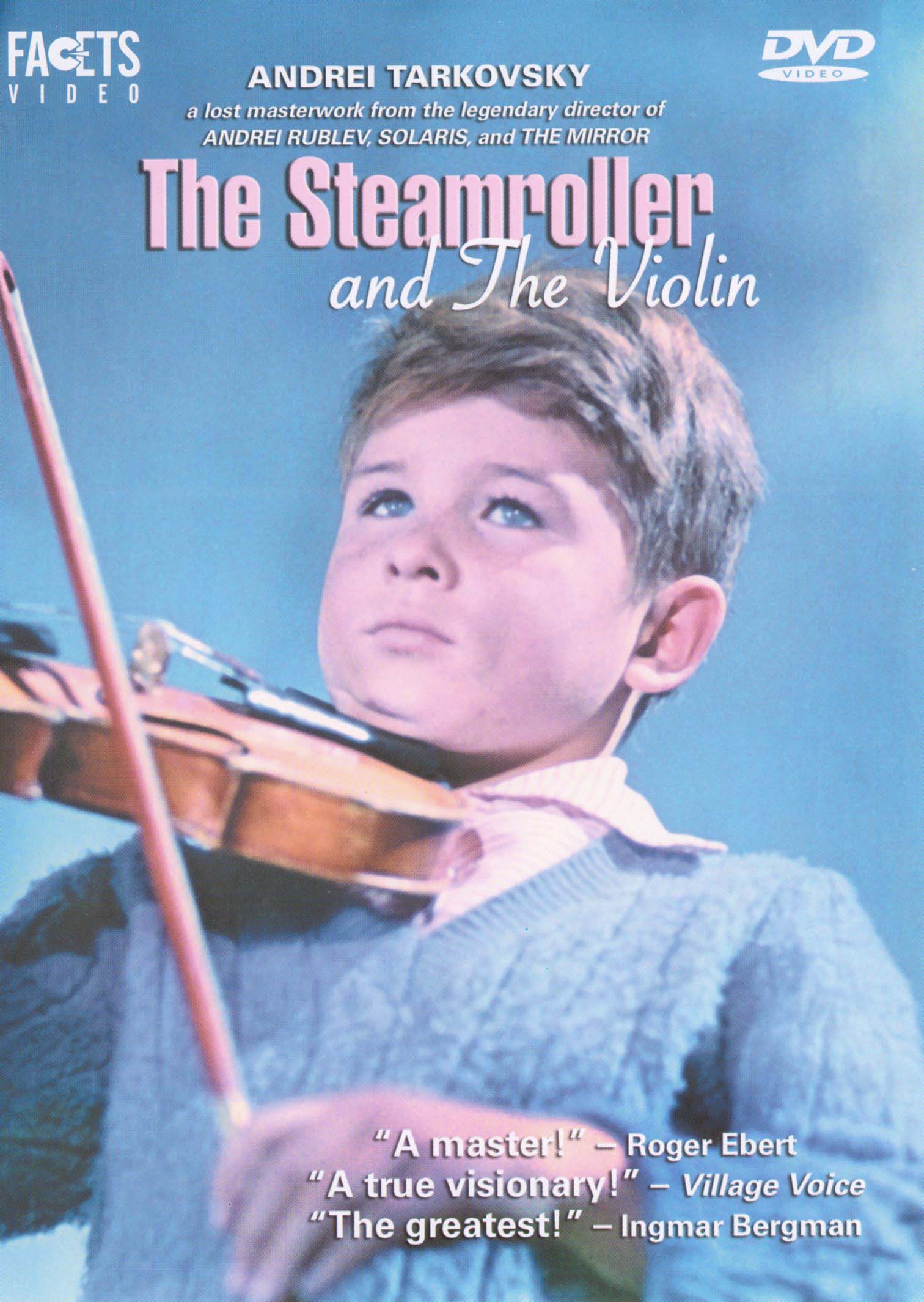 At first glance, The Steamroller and the Violin doesn’t particularly look and feel like an Andrei Tarkovsky film though there’s no mistaking the effortless poetry of its visual aesthetic. Sasha (Igor Fomchenko), a seven-year-old Russian youth, is picked on by the children of his town for playing the violin. One day, he’s rescued by steamroller operator Sergei (Vladimir Zamansky) and a profound friendship is born. Sasha plays music for his older friend and Sergei protects the young boy from bullies and empowers him by allowing him to ride his steamroller. Before a local building is torn to pieces (thus exposing the sight of a new Russia, here symbolized as a blinding temple), Sasha and Sergei’s friendship is representative of a free exchange of ideas. Sasha’s teacher doesn’t encourage the boy’s passion when he begins to sway from side to side as he plays his violin. “Don’t get carried away,” she says to the heartbroken child. Sergei allows the boy to play as he desires and by letting him ride his steamroller, Sasha becomes a symbol of strength to the children around him. Not only is he a musician, he is now a worker. The film can be read as a children’s film yet Tarkovsky is clearly commenting on the communist rift between art and labor. If Sasha’s teacher is resistant—if not wholly fearful—of the child’s power, Tarkovsky negotiates the easing of class struggles through the friendship between artist and worker. The film’s strikingly sweet though certainly unsentimental lyricism feels as if it exists in the imagination of a child. The film does indeed end inside Sasha’s head once his mother refuses to let him see Sergei. Once again the boy meets resistance but now he can dream of steamrollers and, in turn, the promise of a freer tomorrow.

Facets unearths Tarkovsky’s “lost masterwork” for this DVD edition of the film. Though the scratches on the print suggest that the film might have been literally buried before it was discovered, colors are sharp and evocative. The sound is perfectly audible, as is the film’s beautiful violin music.

There’s nothing special in the extras department on this DVD edition of Tarkovsky’s thesis film though Facets has included a genuinely informative and exhaustive biography of the director’s life that exposes Tarkovsky’s conflicted and controversial relationship with communism and his subsequent exhile in Italy. Also included is a Tarkovsky filmography.

Another humanitarian effort from the folks at Facets. This one is for Tarkovsky fans and anyone wanting to introduce themselves to the works of Russia’s greatest filmmaker.