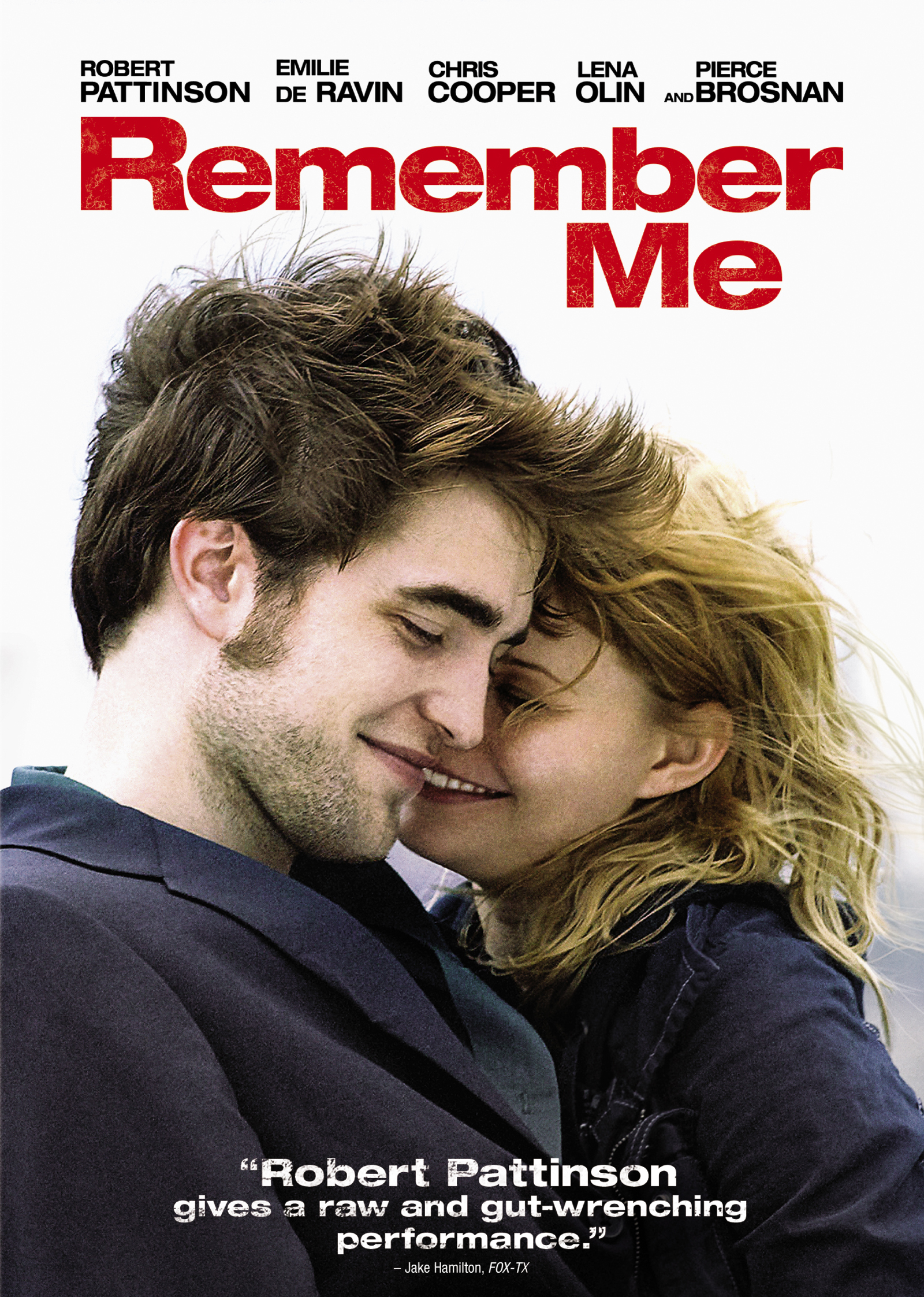 While it shouldn’t be that surprising that a doomed post-adolescent romance like Remember Me has a bathetic ending, the one thing people will recollect about this film eventually is its abrupt and risibly tasteless denouement. For fear of spoilering any Twilight fans out there, all I’ll say is that in the film’s last moments, screenwriter Will Fetters desperately tries to pull together several oblique references to why the film’s New York City setting matters during a certain time period and falls flat on his face.

Fetters tiptoes on little cat feet up to this pivotal moment in an attempt to impress the viewer with the painful sincerity of bad boy Robert Pattinson’s volatile ex-NYU student-cum-bohemian and his equally free-spirited girlfriend (Emilie de Ravin). During the ending, Fetters slams on the brakes frantically and, for no defensible reason, tries to turn the story into an epic tragedy for a modern (i.e. tween) audience. Never mind that this ending is crass beyond belief. The film’s star couple can’t even convince us that they’re really in love so what does it matter that the ending completely and totally shits the bed? (Look at the way they splash each other with water in his shower and wind up necking after they realize that they’re both all wet—now that’s what I call l’amour fou!) The climax is a glorious train wreck of an ending for a film that’s as inauthentic as it is egregiously clichéd. R.Patz haters will get a big kick out of seeing the crestfallen faces of fangirls as they trudge out of the movie theater not knowing what hit them.

Desperately trying to show that he has range beyond playing sparkly teenage boy vampires, Pattinson plays Tyler Hawkins, a chain-smoking, hard-drinking rebel without a razorblade. Tragedy runs in his family; his brother Michael died six years ago, creating a huge rift between his wealthy biological father (Pierce Brosnan) and the rest of his family. Tyler works at the Strand, has daddy issues, and decides to ask a girl out based solely on a bet made by his awkward frat-guy-with-a-heart-of-gold roommate Aidan (Tate Ellington). Somebody stop this kid before he does something drastic, like smoke a joint just to spite this cruel, unfriendly world of ours. To help put out Tyler’s ever-burning short fuse, enter Ally (de Ravin), an equally mercurial 21-year-old who eats desert before dinner and also has daddy issues after her mother is brutally gunned down on a subway platform. They both come from broken homes—how romantic.

De Ravin and Pattinson do everything they can to indulge Fetters’s desperately out-of-touch script by looking as earnest and angsty as they can. The trouble is neither one is a competent actor. De Ravin splutters and pouts through her scenes while Pattinson looks like a constipated six-year-old with a five-o-clock shadow as he rails with all of his might against everyone and everything. I liked him more when he sparkled.

Heartfelt though it may be, Fetters’s script is so inept that it reflects more accurately the world according to bad CW dramas than anything you might encounter outside of the realm of the boob tube. Scene after scene sinks underneath the weight of pretentious exchanges, as when Tyler tells Ally that he’s not a sociology major but is rather “undecided,” to which she retorts kittenishly, “Undecided about what?” and he, of course, sighs heavily before saying, “Everything.” Explosions of emotional violence, which are meant to show how everybody in our young lovers’ extended family is more than a little, like, complicated, are delightfully campy. Slaps, screams, and airborne fire extinguishers thoroughly destroy the film’s air of mopey sincerity to bits, making the film’s manipulative finale the histrionic explosion to end them all.

Director Allen Coulter definitely has an eye, and he goes to great lengths on his commentary track to tell us so, beginning with how he sweated bullets in trying to pull off the close-ups and rack-focuses that fill the film’s melodramatic opening scene. The man is eloquent and nothing short of obsessive in his elaboration of how he frames shots and works with actors, but he is shamelessly cagey when it comes to the film’s time period. Regarding the events of 9/11, all he has to say is that the only time he references “this” is during the scene in which one of the World Trade Center towers is reflected in a building behind Robert Pattinson. Forget that his statement isn’t true (there’s also the opening scene and the chalkboard at little Caroline’s school), you really shake your head at how he calls the scene where Pattinson’s character stares out of one of the towers the part of the movie where “we give away the game.” At least producer Nicholas Osborne, on a second commentary track, which he shares with stars Pattinson, Emile de Ravin, and Ruby Jerins, attempts to discuss the story’s use of 9/11, even if he sounds frightened the whole time, hoping they were respectful to the horrific day via the film’s presumably subtle tone. Rounding out the disc is a dopey making-of featurette that begins with a shot of screaming girls hoping to catch and eyeful of Pattinson walking by.

For young girls who don’t care for politics but love Twilight, Remember Me is a 9/11 story they can truly wrap their arms around.