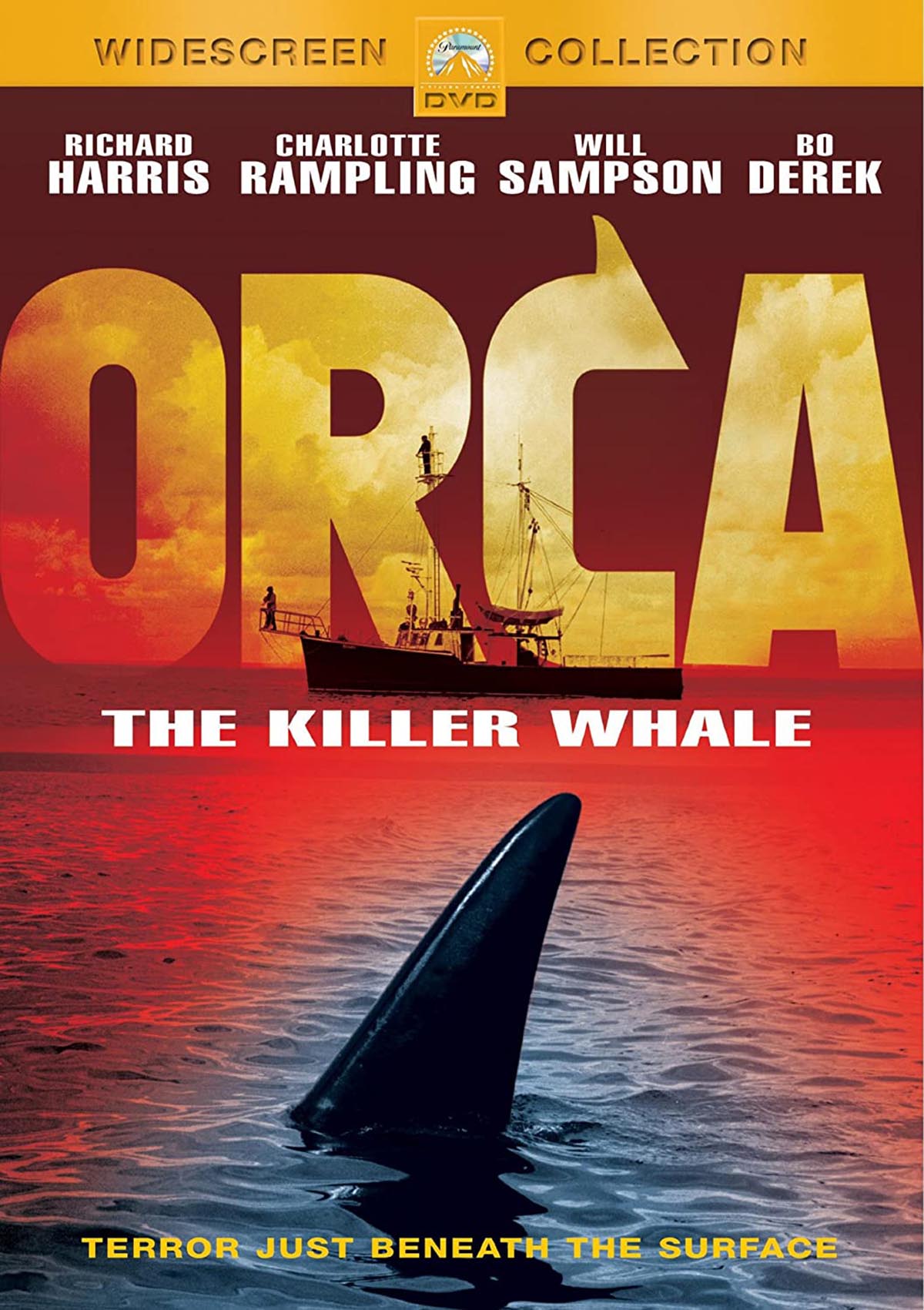 A bald rehash of Jaws, only with the Moby Dick elements played up even further, Orca isn’t a cheap thrill (producer Dino Di Laurentiis was also the man behind the idiotic-but-exhilarating King Kong remake), but it sure does seem like it’s in a rush to finish. Richard Harris tiptoes into the Queeg role as Captain Nolan, a model of post-‘60s masculinity, supposedly one of the saltiest sea hunters in Newfoundland. He’s a poacher, but he’s sensitive at heart. Not quite sensitive enough to read between the lines when the sexy college professor Rachel Bedford (Charlotte Rampling, typically turning each word of the English language into a symphony) suggests to him that whales are monogamous. But still sensitive enough to know that when the harpooned female whale he’s got strung up above his deck drops a stillborn calf—all in front of the howling male orca—he’s done a very bad thing. Early on in the film, Rampling rambles for nearly five minutes on the genetic superiority of the killer whale and how, in theory, they are actually a great deal higher than humans on the evolutionary scale (a bone thrown to Sea World in exchange for being allowed to film endless underwater community shots ad nauseum?). At the very least, this spiel sets the film up for a more nuanced take on the man-versus-animal archetype. But that is soon thrown to the waters like so much chum in favor of ludicrous scenes showing the widower whale destroying boats in the village harbor, leaping from the water to snap limbs off of Harris’s crew (and, most spectacularly, Bo Derek’s nubile young leg), and, hysterically, causing the town’s entire gas supply to ignite against the night sky. Following each atrocity, the aquatic avenger leaps into the air triumphantly, cackling with glee. Highly developed they might be, Orca still refuses to see whales in any terms other than how they relate to the stock human revenge melodrama.

Paramount’s anamorphic transfer isn’t too bad. Colors are a bit faded (aside from the kitschy reds that periodically shine down upon the avenging whale during moments of rage), and consequently some underwater shots look like they were filmed through salt-encrusted scuba goggles. But most of the problems are on the shoulders of the source material (one climactic shot of Harris stranded on an Arctic ice sheet literally looks like it’s been burned around the edges). The mono sound mix is totally unassuming and dull. Only Rampling’s husky syllables and Ennio Morricone’s music manage to rise above the flatness.

None. Pretend there’s a still gallery filled with shots of Bo Derek posing with the dead whale fetus.

Orca tarnishes its own attempts at eco-consciousness in suggesting that whales, like humans, are very much interested in a little blood payback.