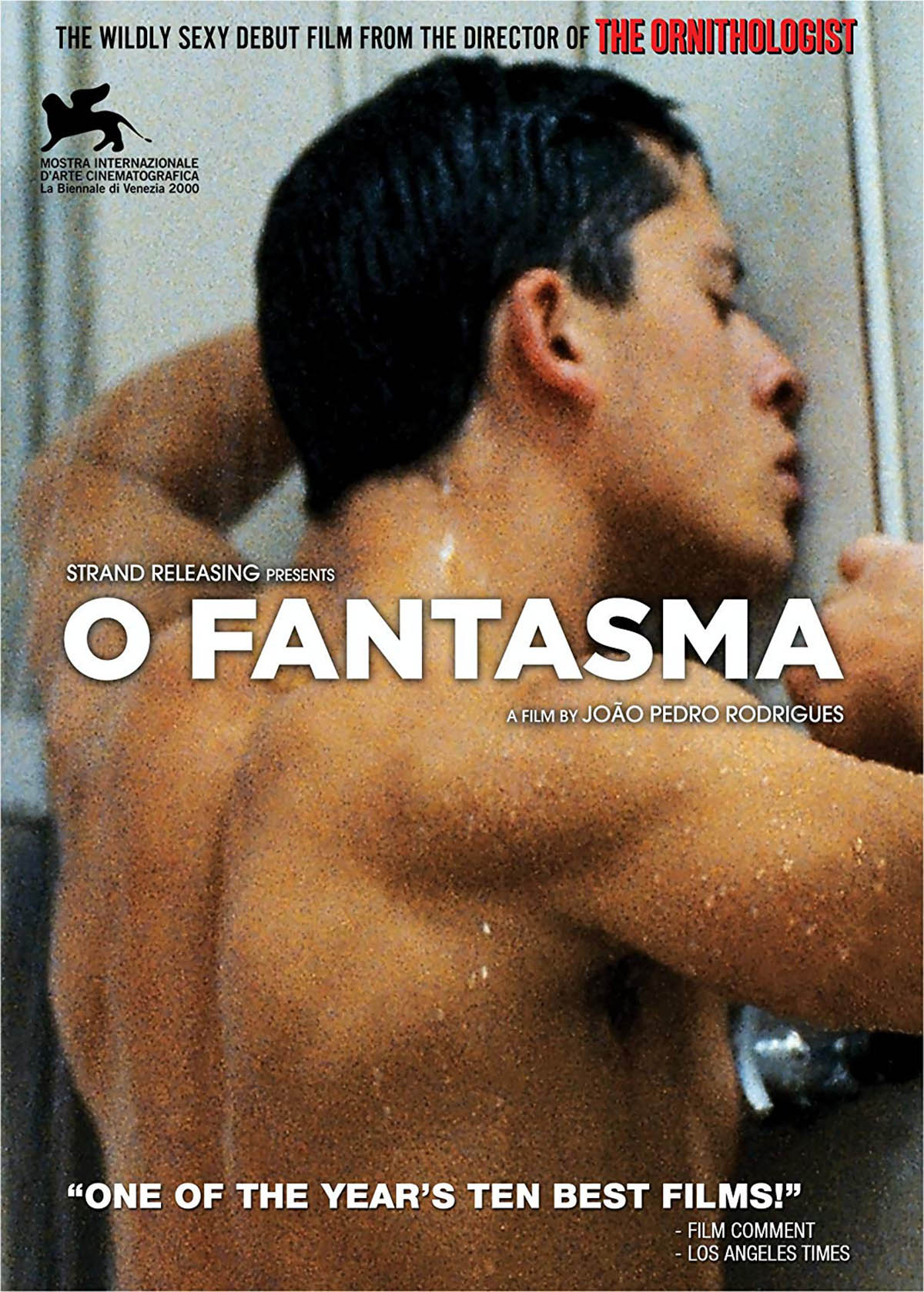 There are no supernatural events in O Fantasma, but there’s an inherent ghostliness to its depiction of Lisbon as a playground for transients cruising for a quick fuck. Sergio (Ricardo Meneses), a garbage man by day and a sexual predator by night, dresses in a black, full-body rubber suit and slinks around searching for someone to exploit. One night, he finds a man handcuffed in the back of a car. Has this man been kidnapped? Whatever the explanation, Sergio says nothing, fondling the man until he brings him to climax.

From the start of his 2000 breakout film, director João Pedro Rodrigues redirects the question of consent entirely. Indeed, O Fantasma is less aiming to label sex acts among men, which include bathroom blow jobs and asphyxiation, than examining the connection between Sergio’s increasingly unhinged pathology and the isolating surroundings of a city that appears to have been hollowed out by unseen socioeconomic factors.

Rodrigues establishes Sergio’s isolation through his rejections of Fátima (Beatriz Torcato), a co-worker whose sexual advances initially take the form of a playful game where she covers his eyes from behind. This scene occurs right on the heels of Sergio, in his rubber suit, raping and gagging a man inside the latter’s home. The two actions parallel one another: Fatima’s flirtatious “surprise” is made into a dark joke following Sergio’s violent show of hide and seek. Rodrigues reveals in these scenes a thoroughly irreverent sense of humor that makes unexpected connections between human behaviors.

Across its running time, O Fantasma uses eyelines and Sergio’s sensory stimulation to propel a narrative that, aside from the tension between Fátima and Sergio, contains no conventional subplots. Instead, Rodrigues conceives numerous scenarios in which one person is tasked with deciding whether or not to exercise power over another. When Sergio is accosted by the police one night, they handcuff and fondle him. Later, still cuffed, Sergio runs into João (Andre Barbosa), who grabs him around the throat. Violence consistently meets vulnerability among these characters, whose sadistic tendencies manifest most strongly when others are at their point of least resistance.

It’s clear from the way that Rodrigues often shoots his characters—isolated against an expansive roadside or wandering alone across city streets—that the idea of sustainability, its lack, is very much on the filmmaker’s mind. While Rodrigues remains decidedly ambivalent on this point, it’s easy to see how the sadistic human behavior on display throughout O Fantasma could serve as an allegory for Portugal’s exploitative political practices.

Also released in 2000, Pedro Costa’s In Vanda’s Room examines the lives of drug addicts living in the slums of Fontainhas. For both Costa and Rodrigues, Lisbon’s restrictive economic policies result in isolating forms of dependency, whether on drugs or sadistic sex acts. If Costa is the more formally daring filmmaker of the two, Rodrigues pushes his content into a realm that more fundamentally challenges notions of bourgeois taste in art cinema.

Rodrigues also refuses to make Sergio into an accessible vehicle for our sympathies. Maybe that’s why O Fantasma ends with a lengthy sequence of Sergio, in his rubber suit, rooting through mountainous trash piles. Rodrigues isn’t asking us to empathize with Sergio, but to consider how working-class people are regarded by policy makers as refuse. Of course, in Rodrigues’s hands, that assertion becomes elusive, even phantom-like, ever complicated by human desire that clashes with so-called socially acceptable behavior.

Although this new DVD is an upgrade over Strand Releasing’s previous standard-edition release of the film, the uptick in audio/visual quality falls short of qualifying as a proper restoration. The images waver in consistency from scene to scene, with certain shots appearing blurry and a bit washed out. Close-ups, though, boast a level of detail that wasn’t evident on the earlier DVD release. The audio track is stronger than the image, lacking distortion or any consistent issues that affect either the intelligibility of dialogue or João Pedro Rodrigues’s prevalent use of ambient sound.

Only the film’s theatrical trailer, plus an assortment of other trailers for titles from the Strand Releasing catalog.

Strand’s new DVD for O Fantasma thankfully gets the film back into active circulation, though fans of João Pedro Rodrigues’s breakout film will wish for a more definitive transfer and generous heaping of supplements.