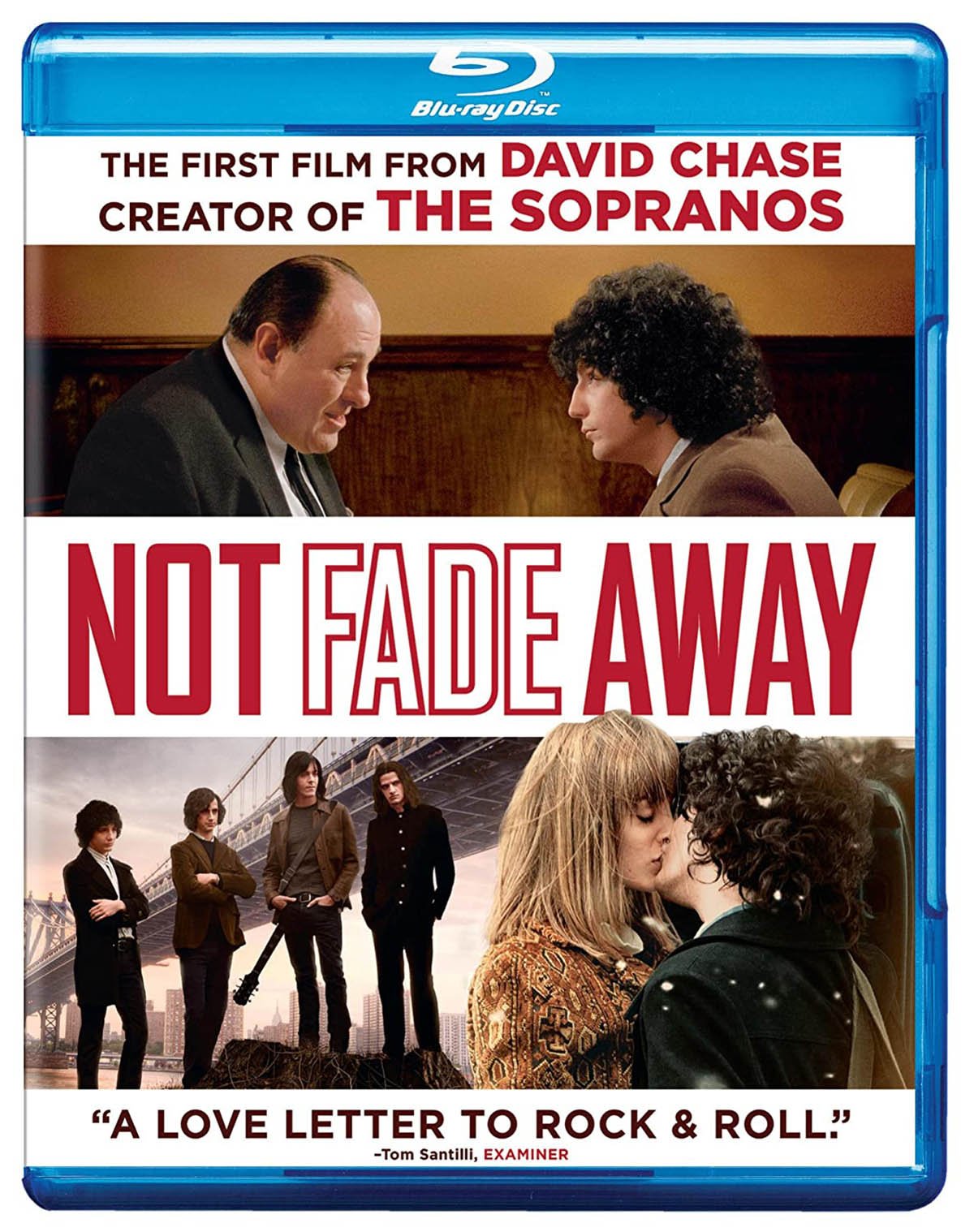 Set in New Jersey in the 1960s, an era in which a lot of young men were suddenly determined to be the next Jagger or Dylan, Not Fade Away is driven by a familiar plot that follows the quick birth and death of an unknown rock band, but writer-director David Chase omits a number of moments that we’ve been conditioned by other films to expect of such a premise. Chase favors a looser structure that subtly emphasizes a ghostly impermanence; each scene breathes with its own self-contained mystery that may or may not contribute to a larger thematic design. As he proved throughout The Sopranos, Chase is refreshingly uncomfortable with tidy three-act structures, preferring to emphasize the casual meaning that can be gleaned from the quotidian.

For example, we’re told early on that an Italian-American teenager, Douglas (John Magaro), has been pining for a classmate named Grace (Bella Heathcote) for most of his life, but hasn’t had the courage to approach her for the usual reasons. She’s gorgeous and poised far beyond her years, often seen with older boys and men, and he’s an awkward nerd drumming for a local band, hopelessly, for the time being, in the background. But Douglas grows into himself, convincingly cultivates a pose of an aloof poet a la Dylan, and finds that he’s capable of drawing Grace’s attentions.

And Chase establishes most of that in a single exchange as the future lovers stand outside on a porch, smoking, after Douglas has sang lead vocals for the first time. Most of the details of Douglas and Grace’s eventual coupling are elided because they’re needless and destined to be forgotten by their future incarnations. Chase, faithful to the nature of memory, stages scenes that tend to reveal their importance retroactively. Major events, such as a character’s admission that he has cancer, are conveyed with a delicate sense of offhand detail that allows them to reverberate long afterward. Douglas’s father (James Gandolfini, in a heartbreaking performance) discusses his potential death in a roundabout fashion with his son over dinner, and we see, in place of flashy melodramatics, the specifics the young man emphasizes in an effort to process it: The shellfish, the scotch, his old man’s recollection of two potential romances that couldn’t quite be.

Not Fade Away is ultimately so tough and haunting because Chase refuses to sentimentalize 1960s America as a playground of unchecked possibility. Douglas’s youthful ambition to be a great musician, which clearly represents an entire country’s intoxication with the British Invasion, can be charming, but also displays naïveté, ego, and privilege. In the tradition of many aspiring writers and performers, Douglas wants to be a major artist without enduring the hardship that leads to the experiences that often inform great art.

Douglas doesn’t have the experience yet to empathize with his father, and he certainly doesn’t understand the insulting gall he displays when he presumes that his familiarity with a few blues records affords him the right to comment on the problems of a black, middle-aged co-worker. Chase impressively sustains a tricky tone of loving criticism: Not Fade Away is romantic and quite beautiful (the filmmaker has a superb ear for music, which will be of no surprise to Sopranos fans), but it’s also gently despairing. By the end we’re allowed to see that Douglas’s dreams stand in for every wannabe artist’s dreams, as well as the loftiest thoughts of every baby boomer who wanted to change the world because it was the cool thing to want to do, until faced with the reality that it might not be all that much fun.

Paramount has compensated for an unjustly indifferent promotional campaign last winter with a transfer that fully honors the beauty of Not Fade Away’s astute compositions and careful sound editing. Details are crisp throughout, particularly of clothing colors and textures, and the grays and whites that primarily define the film’s wintery color scheme are nuanced. Flesh tones are also varied, occasionally to intentionally dramatic effect (Bella Heathcote’s character appropriately glows in the early scenes as the far-away object of the hero’s concerns). The 5.1 mix is a knockout that, most importantly, allows you to discern the details of the musicians as they grow in skill and confidence from unpolished amateurs to potentially promising neophytes. The specific sounds of each instrument, in each version of each song, can always be heard with pinpoint clarity, thus preserving the unusual verisimilitude that filmmaker David Chase and music supervisor Steven Van Zandt achieved.

“The Basement Tapes” is an engaging featurette that primarily allows Chase, Van Zandt, and James Gandolfini to discuss the various influences and aspirations that led to Not Fade Away’s portrayal of the similar childhood they all shared. Chase insists the film isn’t autobiographical despite all the evidence he offers to the contrary, such as his own teen experiences playing in various bands that were inspired by the British Invasion. (Chase amusingly deadpans that he forgot to get laid from it.) Van Zandt emphasizes the amount of work that goes into music, and the necessary attention to craftsmanship that trumps many aspiring musicians’ ambitions. The other supplements, a featurette called “Building the Band” as well as a brief collection of deleted scenes, are superfluous.

A gorgeous disc that affords audiences a second chance to catch up with David Chase’s moving ode to dreams elapsed.