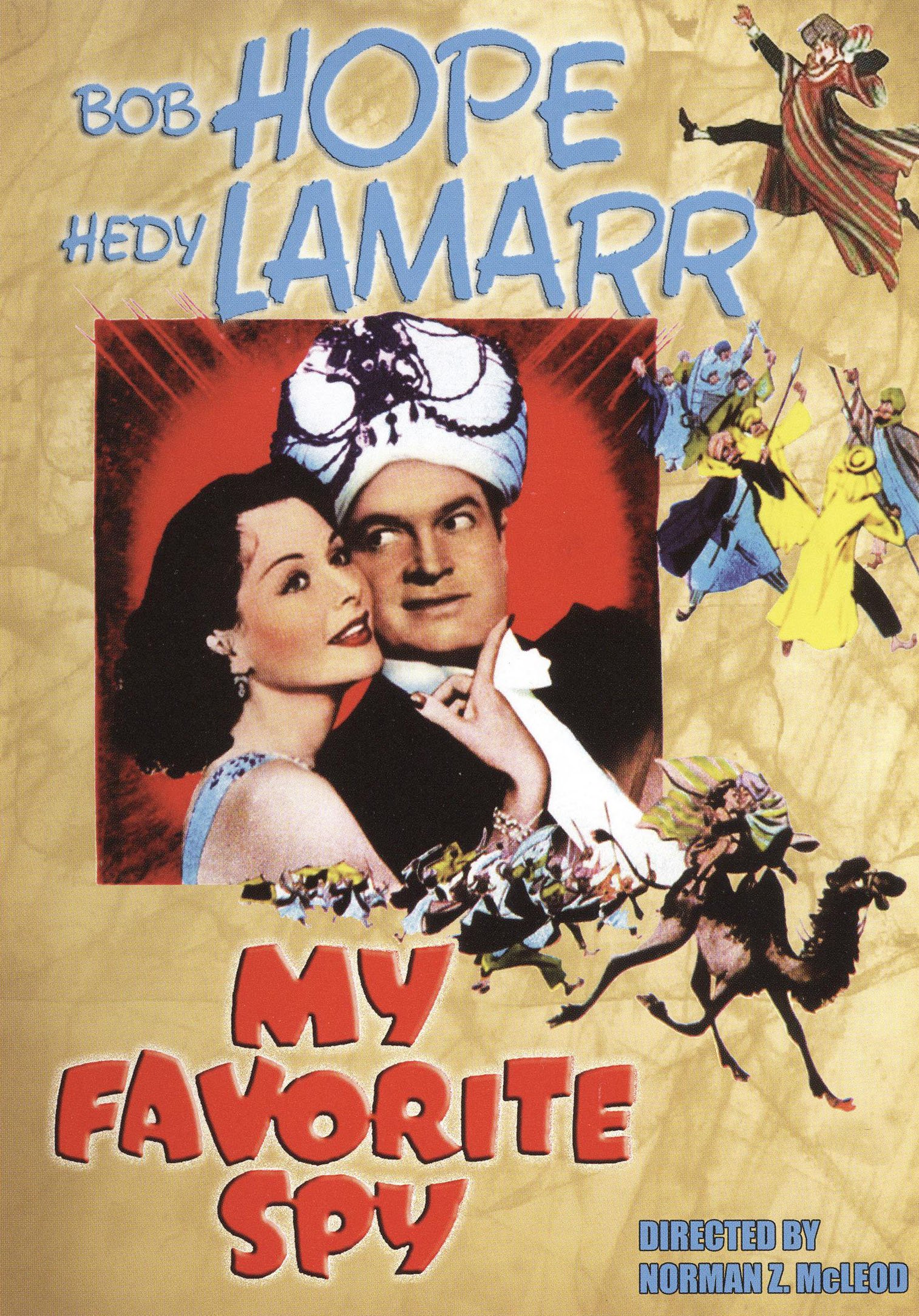 Bob Hope, the finest Hollywood comedian between the prime of Groucho Marx and the ascent of Jerry Lewis, was the first modern American entertainer who nearly trashed a stellar mid-career reputation by living to age 100. Boring the perceptive segment of his audience to death with increasingly dire, cue-card-reading TV specials in his last four decades, Hope dimmed memories of his gifts as a verbally dexterous and masterfully physical clown on the big screen in the ‘40s and early ‘50s. Honing a persona later gratefully adapted by idolator Woody Allen (the one-liner-spouting lothario without an ounce of courage), Hope, a vaudevillian, dancer, and ex-boxer, moved from meteoric success on radio to a steady stream of movie vehicles in which his brash, mouthy character personified the American naïf let loose in the larger world. (Both solo and with Bing Crosby in the Road series, Hope is often a con man or showbiz bottom-feeder menaced and seduced in “foreign locales” shot on kitschy Paramount sets.) Hope’s on-screen horniness was also nearly without precedent for a comedy star; Chaplin and Keaton courted women with Victorian dignity, but only Harpo Marx’s mute imp had chased them with such priapic gusto.

“It’s nights like this that drive men like me to women like you for nights like this,” Hope murmurs mid-clinch to Hedy Lamarr in My Favorite Spy, a minor but solidly amusing spoof of cloak-and-dagger melodramas. The star plays Peanuts White (“Peanuts, baby—hot and salty”), a putty-nosed burlesque comic who’s dragooned by U.S. intelligence into impersonating a wounded master spy who’s his spitting image. The plot couldn’t be more perfunctory, but it’s largely played straight so Hope can upset the applecart with his double takes and tart-tongued asides. Nearly 50 at the time of production, he still dashes nervously around a back-lot Tangier and delivers his trademark snark with the zest of youth, even if the script and pacing isn’t as manic as the following year’s sublime Son of Paleface or the teamings with Crosby. (Playing Hamlet for a moment during a third-act specialty song, Hope tells Poor Yorick’s skull, “You remind me of a fella I know who sings.”)

Lamarr, a onetime ingénue settled into slinky maturity, is purely decorative as the master spy’s lover, though she gamely chucks bric-a-brac and waves a knife at Hope in a fight scene as he yelps, “We’re not even married yet!” And as Peanuts’s adversary, the jowly character actor Francis L. Sullivan is almost entirely wasted, save for his reaction to the comic cooing over Lamarr under hypnosis: “A man’s subconscious is a maudlin swamp.”

But Hope’s hollow bravado and rampant libido are the show here; trained by his intel employers to kiss a woman until he “pops her nylons,” Peanuts turns the trick while practicing on a dowdy-looking secretary (who, satisfied, immediately lights up a cigarette) until his own socks get stretched by Lamarr’s lip-lock. Though even genre parody requires his climactic, mostly accidental triumph, Hope’s energy, sharpness, and natural execution of fourth-wall-breaking (“Tell the ushers the popcorn’s burning,” he shouts during a house fire) infuse a cruise-control farce like My Favorite Spy with giddy jolts of delirium.

This representative showcase of a great comedian is, like Peanuts White ordering a meal in French from notes scrawled on his tuxedo cuff, simple and efficient.