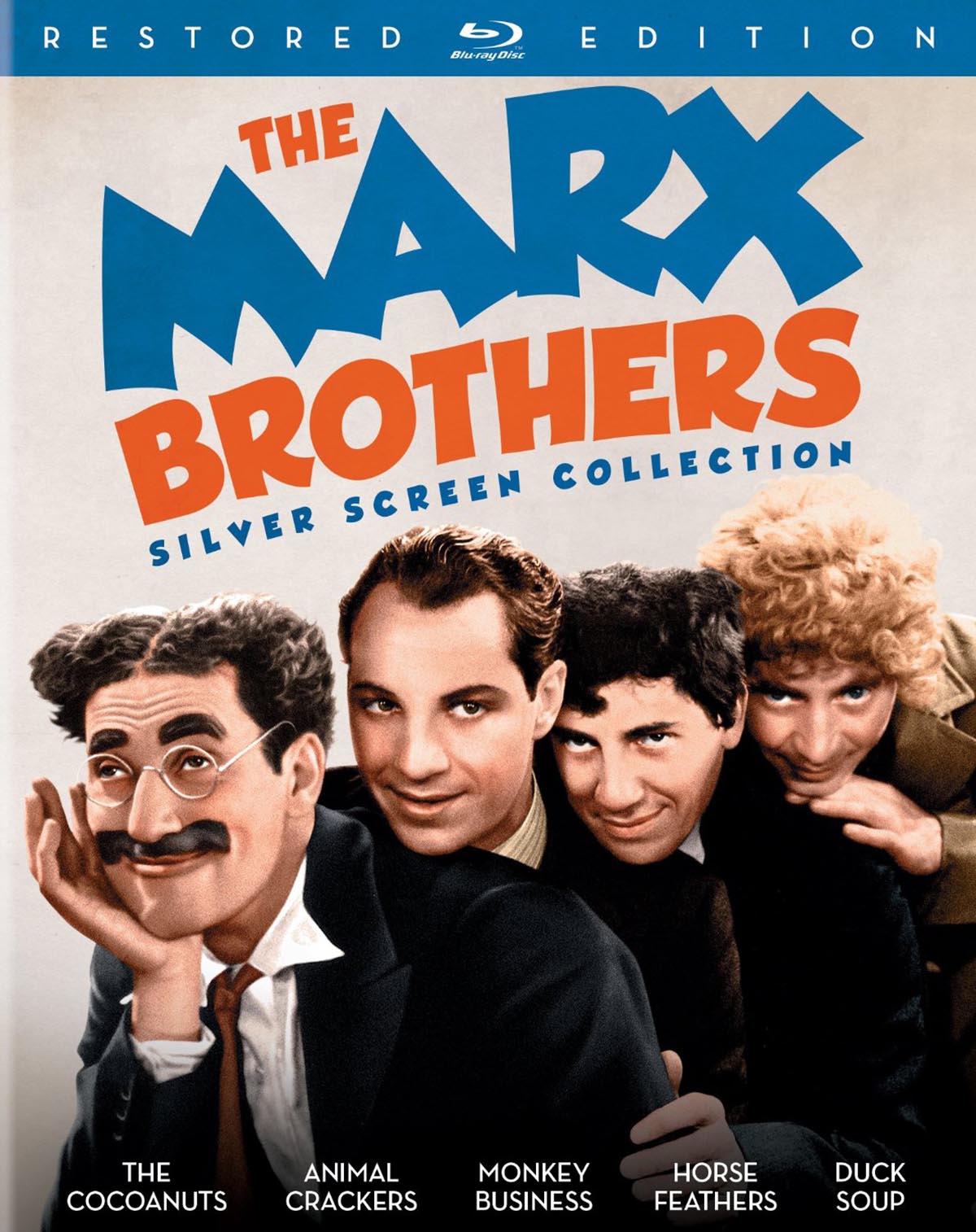 If few spectators could name the director of any film featuring the Marx Brothers, it’s likely because the performers are largely known for verbal wit and speedy line deliveries backed by minimal directorial flourish. Take The Cocoanuts, in which Mr. Hammer (Groucho Marx) runs a high-class hotel with sub-human working conditions. When the staff pleads for their long overdue pay, Hammer assures them to “forget about money, because you won’t get it anyway.” Directors Robert Florey and Joseph Santley essentially plopped the camera in one spot and let Groucho do the talking.

Naturally, the scene disappoints if one anticipates something close to Abel Gance’s level of formal ingenuity. But that said, when did Gance’s 1920s films display anything that moved as quickly as the rapid-fire verbal wordplay of the Marx Brothers? It’s perhaps telling that philosopher Gilles Deleuze aligned the Marx Brothers with what he called the “mental image,” which he credited Alfred Hitchcock with inventing. It all boils down to reasoning as movement, and Groucho, especially, is consistently at the mercy of trying to figure out just what the hell everyone else is up to.

Of course, the Marx Brothers performed within commercial films that rely on a linear sequencing of story elements. Their films aren’t immediately abstract in any sense. The conclusion of Horse Feathers, set at college football game, directly showcases how their comedy finds its footing in common, communal stakes. When a horse-drawn carriage barrels down the playing field, the gag is as it seems: a violent disruption of the rules of play. Yet the cheers from the onlooking crowd resound with such sonic force that one could easily mistake them for shrieks of terror. A similar moment of cheerful chaos occurs at the end of Duck Soup, as Rufus T. Firefly (Groucho), having just won a war for his beloved nation of Freedonia by spraying bullets from a machine gun, starts pelting the opposing leader (Louis Calhern) with fruit. The vacillation from starting levels of extreme force to the antagonistic tactics of rambunctious youth—well, that’s the Marx Brothers, condensed into a single sequence.

Similar moments of potentially harmful violence occur throughout the films, especially as props used by Harpo Marx become increasingly more capable of destruction. Though perhaps most remembered for (almost) always having a musical solo, Harpo is a figure of unbridled anarchy, whether he’s “cutting” a deck of cards with a giant meat cleaver in Horse Feathers or lighting a cigar with a blowtorch in Duck Soup. These remain startling moments because of their ferocity; Buster Keaton took many a tumble throughout his on-screen career, but his imperiled body always seems protected within the medium, as if there were never really any potential for actual harm. When Harpo ferociously destroys a deck of cards with an instrument meant for the butcher shop, the gag suggests this guy is really insane.

As is the whole of Duck Soup, which is clearly the quartet’s most streamlined, politically conscious attempt at skewering the ills of nationalism. At just over an hour, the film constitutes an impressive act of speed in its pacing alone. Even a seemingly innocuous sequence with Chicolini (Chico Marx) selling peanuts on the street quickly devolves into both a physical fight with Pinky (Harpo Marx) and verbal jousting with a lemonade vendor (Edgar Kennedy) to become a crazed expression of a world where occupants are wholly unable to communicate with one another. At least, communicate in any constructive sense. Minutes later, when Firefly hums Chicolini’s selling cry for “peaaanuuutsss” as if it were a popular tune, it’s an immediate reminder that interpretation is always more complicated than it seems. In the realm of the Marx Brothers, the word travels faster than the message.

Universal’s Blu-ray package features five superb high-definition transfers, each boasting a crisp image and clear, if slightly tinny, sound on a few of the soundtracks. Image clarity, especially in terms of spatial depth and close-ups, os most rewarding. The films aren’t visual marvels by any stretch, yet their mise-en-scène is crucial to grasping the gags, especially in something like Duck Soup’s prolonged mirror-reflection sequence. These are the best home-video presentations yet of the brothers’ earliest features, though their sound mixes, which have been given a DTS upgrade, can sound a bit strained at times, especially during songs. Nevertheless, the audio is generally clear and precise, and has been treated to remove any cracks, pops, or hisses. The Blu-ray presentation of the company’s 2004 DVD box set is worth the upgrade.

The 2004 set featured the films, a handful of trailers, and three interviews from The Today Show from across a number of years. All but the trailers have been carried over, and the new set significantly ups the ante, featuring commentary tracks on all five films. While all of the commentaries are generally from a historical perspective given that a different film historian guides each one, they remain mostly light and playful throughout, with the track on Duck Soup by Leonard Maltin and Robert S. Bader proving the most delightful in its mix of observations (discussions of Raquel Torres’s pre-code gowns), fact-oriented detail (this was the final film to feature all four brothers), and fan talk (Maltin likes to watch a Marx Brothers film when he’s feeling blue). The other significant addition is an 82-minute documentary titled “The Marx Brothers: Hollywood’s Kings of Chaos,” which brings together a number of talking heads and archival clips to paint a serviceable portrait of the quartet’s enduring significance. It’s standard issue, but effective.

The Marx Brothers debut on Blu-ray with a quintet of high-quality HD transfers from Universal and a wealth of new supplements to give some bang to your upgrade buck.