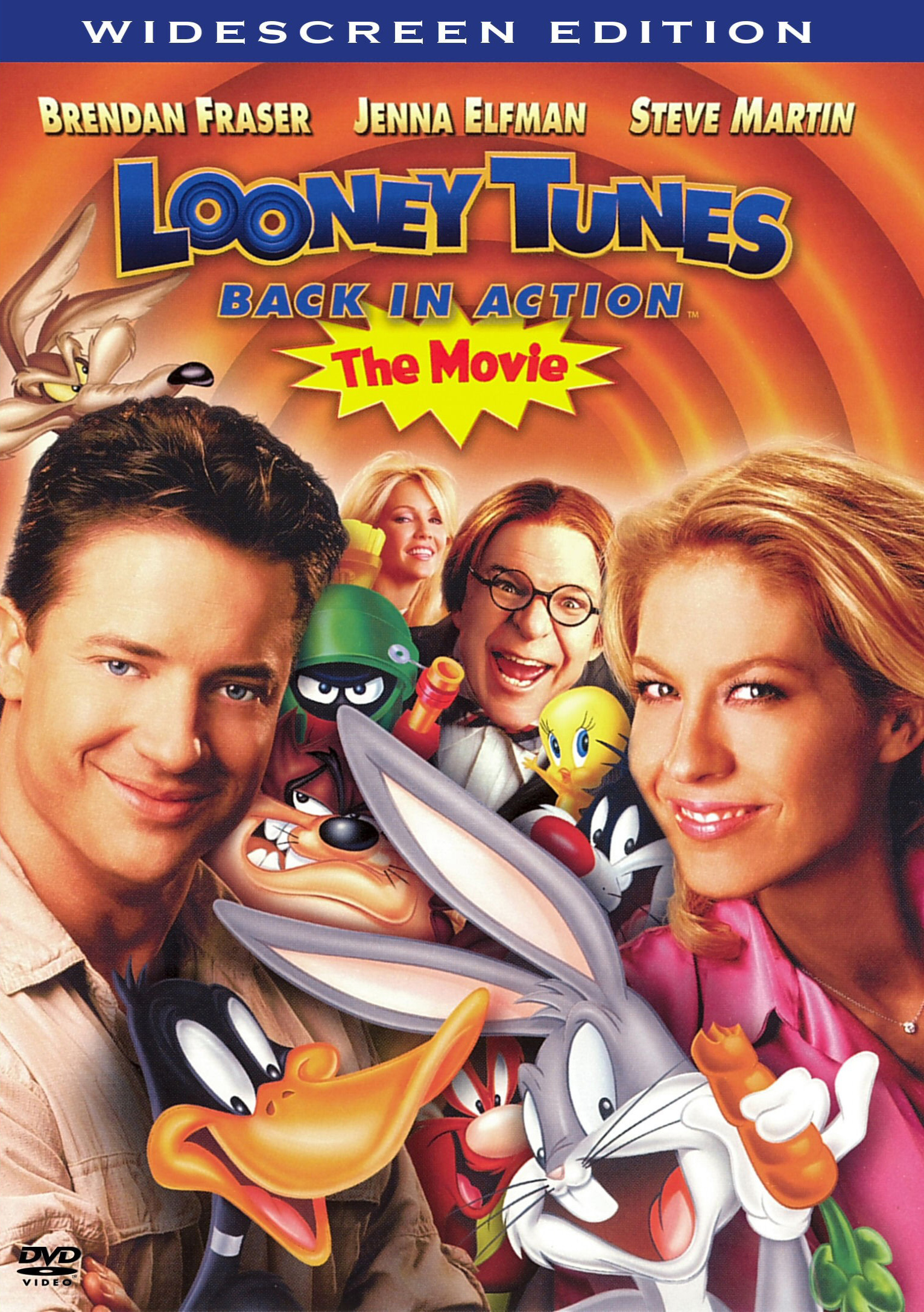 Director Joe Dante’s glorious Looney Tunes: Back in Action unfortunately slipped under the mass-cultural radar during its brief theatrical run. Perhaps the film’s heady insanity was too much to bear in a marketplace of diminishing Hollywood returns. In the space of 92 minutes Dante traverses the globe and the cosmos, filling cinematographer Dean Cundey’s widescreen frame with an abundance of visual/aural referents while reclaiming the emotional legacy of Termite Terrace’s animated denizens. The constant clash of garish primary colors, sundry acting styles, real vs. animated characters, etc., begets an engaging artistic discourse, an intellectual entertainment for those willing to delve into their inner Looney-tic. The apex is the justly celebrated Louvre sequence in which Daffy Duck, Bugs Bunny and Elmer Fudd race through the paintings of Dali, Munch, Toulouse-Lautrec, and Seurat—the pointillist artist even gets a cartoonish cameo—accompanied by the melodies of Rossini and Moussorgsky. But the film’s greatness is also a product of its surrounding set pieces (from a Yosemite Sam-run Las Vegas to a Marvin the Martian outer space battle), its willingness to embrace high and low humor (political wit coexists alongside scatological absurdity), its everything-plus-the-kitchen-sink plot (through which Dante satirizes his dark corporate masters), and its obvious affection for a disparate group of characters (Brendan Fraser’s endearing masculine beefcake, Daffy’s greedy capitalist, Steve Martin’s grotesque throwback to his go-for-broke ‘70s roles, etc.). The result: spiritually sublime cinematic chaos not to be missed.

Recalling the live-action Scope comedies of former animator Frank Tashlin, Looney Tunes is presented by Warner Home Video in a clean 2.35:1 anamorphic transfer. To the naked eye the visuals looks slightly washed out, especially when compared to the included theatrical trailer, wherein the individual colors leap off the screen. But the feature imagery does possess a consistent film grain that makes for an overall excellent appearance. A choice of three Dolby 5.1 soundtracks (English, French and Spanish) gives full voice to the film’s complex sound design. Jerry Goldsmith’s appropriately manic score is well represented, as are the many explosions, crashes and falling anvils.

A box office failure seemingly makes for so-so extras. Bugs and Daffy host three behind-the-scenes featurettes, but their appearances are made up of horribly recycled main film footage. The third featurette is the best of the lot as it contains a number of deleted scenes that put Looney Tunes’s chaotic production into context, in particular a too-overwhelming alternate beginning and an equally underwhelming alternate ending. Also included is the new Road Runner/Coyote cartoon Whizzard of Ow in which the accident-prone Wile E. tries his hand at sorcery. Rounding out the extras is the aforementioned theatrical trailer.

Don’t let th-th-th-th-that be all folks! Give Looney Tunes: Back in Action a well-deserved DVD spin.