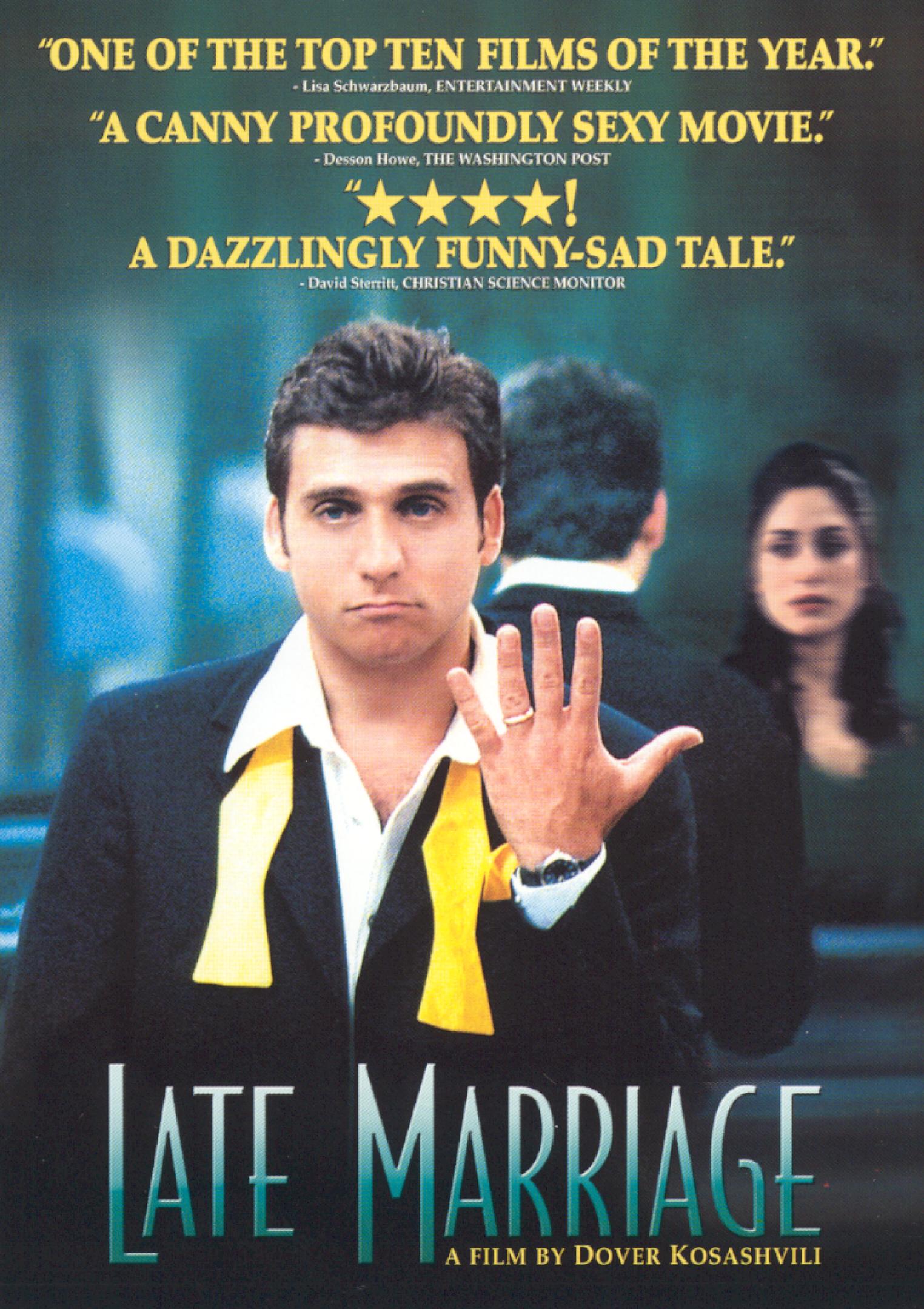 Just in time to save us from My Big Fat Greek Wedding comes Dover Koshashvili’s Late Marriage, a serio-comic look at marriage that treats issues of love, passion and familial obligations and expectations as more than just excuses for moronic sitcom hijinks. Zaza (Lior Ashkenazi) is a 31-year-old bachelor finishing up his doctorate in philosophy, and his parents are desperate to arrange his marriage regardless of whether he has romantic feelings for the bride. He readily admits to his parents’ most recent choice for a wife—17-year-old Ilana (Aya Steinovitz)—that the only thing that could convince him of God’s existence would be if his mother believed in love. Ilana, who already has her professional career mapped out (as a fashion designer), cynically responds to his theological comment by stating that “you’re on the wrong track, waiting for that miracle.” Zaza has little interest in Ilana because he’s enamored with an older Moroccan divorcee and single mother named Judith (Ronit Elkabetz), but he also knows that his parents wouldn’t approve of their relationship.

Zaza’s family can’t understand why he won’t settle down and bombard him with criticisms—even after agreeing to his family’s demands that he meet Ilana, Zaza’s father Yasha (Moni Moshonov) feels compelled to disparage the inappropriate shirt his son wears to the get-together. Zaza wisely humors his folks while secretly disobeying their wishes, shrugging off their constant barbs with the nonchalance of a man more interested in his own life than the life others envision for him. His mother Lili (Lili Koshashvili) still clings to the belief that tossing an eight-year-old’s foreskin under the bed will help seal the matrimony deal. In the face of such irrationality, it’s no wonder Zaza feels free to follow his heart rather than his family’s commands.

Koshashvili’s film is a delightfully honest examination of the ways in which cultural responsibilities frequently get in the way of individual desires. Zaza’s overbearing parents deem Judith an unfit match for their son and, in a brutally confrontational scene, barge into the home of their son’s “whore” to vent their objections. The director paints an unflattering portrait of Georgian Judaism’s unrelentingly strict customs, reserving his unconditional affection for Zaza and Judith’s ill-fated romance. The film’s coup de grâce is a magnificent sex scene that’s equal parts voracious rapture and intense frustration, as natural and riveting as any sexual encounter ever committed to film. By allowing us to share in their uninhibited intimacy, Late Marriage’s ending takes on an added poignancy that’s as inevitable as it is discouraging. Some marriages, as the film makes clear, are better never than late.

Koshashvili frames his action cleanly, and the disc’s 1.85:1 anamorphic widescreen transfer does a reasonable job with the film’s rather straightforward video. The image tends to go soft occasionally and contrast isn’t quite as refined as one might like, but the picture nonetheless exhibits accurate color and flesh tones, impressive detail, and nary a speck of debris. Given how little score there is in Late Marriage, the Dolby Digital 2.0 stereo track doesn’t have to work very hard to be successful. Still, as a clear and pleasant dialogue-heavy track, it’s just fine.

Despite the quality of the film, New Yorker Video has seen fit to only include the theatrical trailer (in non-anamorphic widescreen).

The solid audio/video presentation makes this a disc you can easily spend the night with. But with virtually no extras, it’s hard to advocate a permanent commitment.