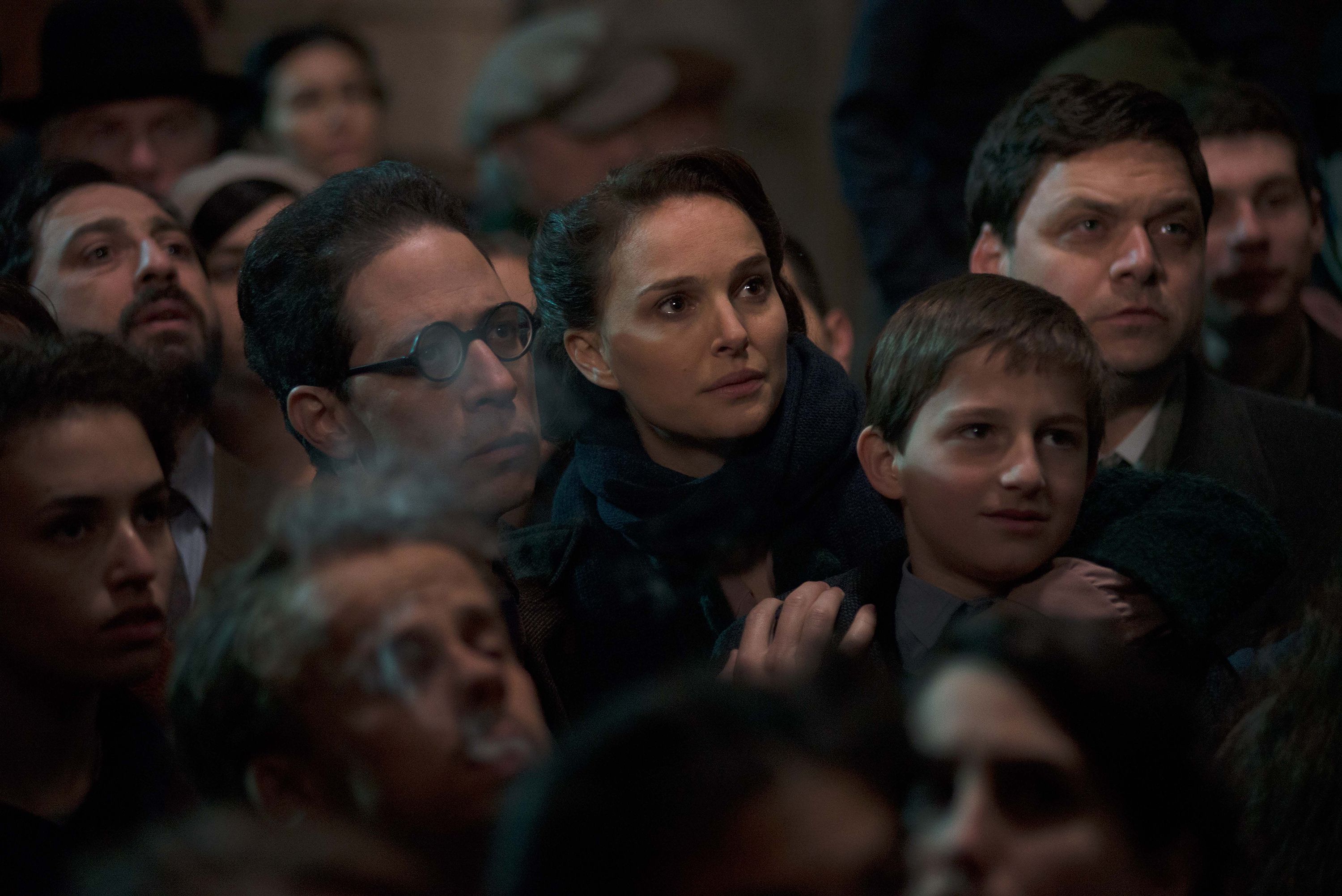 Like Jerusalem itself, A Tale of Love and Darkness is a multilayered tapestry of Jewish history, where the past and the present coexist in both material and psychological terms. Taking place mostly during the turbulent years between the end of WWII and the establishment of the modern state of Israel, this coming-of-age film depicts that giddy time from the perspective of a young Amos Oz (Amir Tessler), Israel’s most famous living author. Based on his autobiographical novel of the same name, the film frames its central plot as a recollection of the aging Oz, emphasizing his belief that Israel has been shaped by Zionism “looking forward to the past.” This is further highlighted by the crosscutting between scenes from Amos’s childhood and his parents’ adolescent years in Europe. His parents’ experiences, characterized by the anti-Semitic humiliations of the old world, serve as a synecdoche for the tragedy of European Judaism, which was nearly exterminated in the Holocaust.

The recollections of Amos’s mother, Fania (Natalie Portman), nearly always end in conflagration and death, which stand in stark contrast to her romantic vision of Israel as a desert made verdant by the irrigation of Jewish sweat and tears. Portman, who also wrote and directed the film, posits Fania as an emblem of the romantic melancholy that characterized the experience of European Jewish refugees, whose Zionist dreams helped make Israel a reality. Fania is associated with water throughout, her soft, fluid maternal instincts characterized as an inexorable response to the flames that consumed the lives and culture of European Jews. Fania’s fragility also serves to remind the audience of the immense fear that gripped Jews prior to and during Israel’s War of Independence, where the possibility of another genocide immediately after the Holocaust seemed not only possible, but even inevitable.

If Fania represents the civilized virtues that European refugees brought with them to the land of Israel, Amos represents the Sabra, the native-born Israeli who worked the land and fought for its survival. An intellectual like his ineffectual father, Arieh (Gilad Kahana), Amos eventually becomes the new Jew that early Zionists dreamed of, leaving his home in historically rich Jerusalem to join a kibbutz and forge a new nation in the desert. But the film’s most significant insight comes near its end, when Amos realizes that he’s actually a combination of his parents’ old-world, high-cultural values and the simpler virtues of the salt-of-the-earth Sabras. Like the borscht that Fania serves her multigenerational and multinational family in Jerusalem, Amos is a product of the old and the new world, an example of the way Israel itself bridged time and space to create a thoroughly modern state that was nevertheless built on values that crossed many continents over thousands of years before finally returning to the land of their origins.

Amos’s youth coincided with that of Israel, which is perhaps why he holds such an important place in Israeli society, as his work chronicles the way he and the nation came of age together. Oz, a prominent member of the Zionist left, sees the period depicted in the film as a missed opportunity for Jewish-Arab relations. A scene where Amos visits a cosmopolitan Arab household praises both the virtues of Arab hospitality and shows the inherently formal and delicate nature of the relationship that always existed between the two groups. While the scene’s promising beginning implies regret about the peace that might have existed between Jews and Arabs had events turned out differently, its awkward outcome nonetheless points to how difficult finding mutual understanding between the two groups was always going to be.

Portman’s otherwise scrupulous direction stumbles slightly in the film’s unceasingly maudlin second half, with its self-indulgent obsession with Fania’s decline. While it’s a masterfully restrained performance, as a director Portman errs in failing to ask if Fania’s death wish isn’t at least partially the result of survivor’s guilt, rather than simply the result of her frustrations with the painful realities of life in Israel in comparison to the romantic visions of her earlier Zionist fantasies. Yet in portraying Oz’s complex vision of the birth of Israel, A Tale of Love and Darkness mostly succeeds in capturing the nuances of an event that continues to arouse passionate debate to this day.