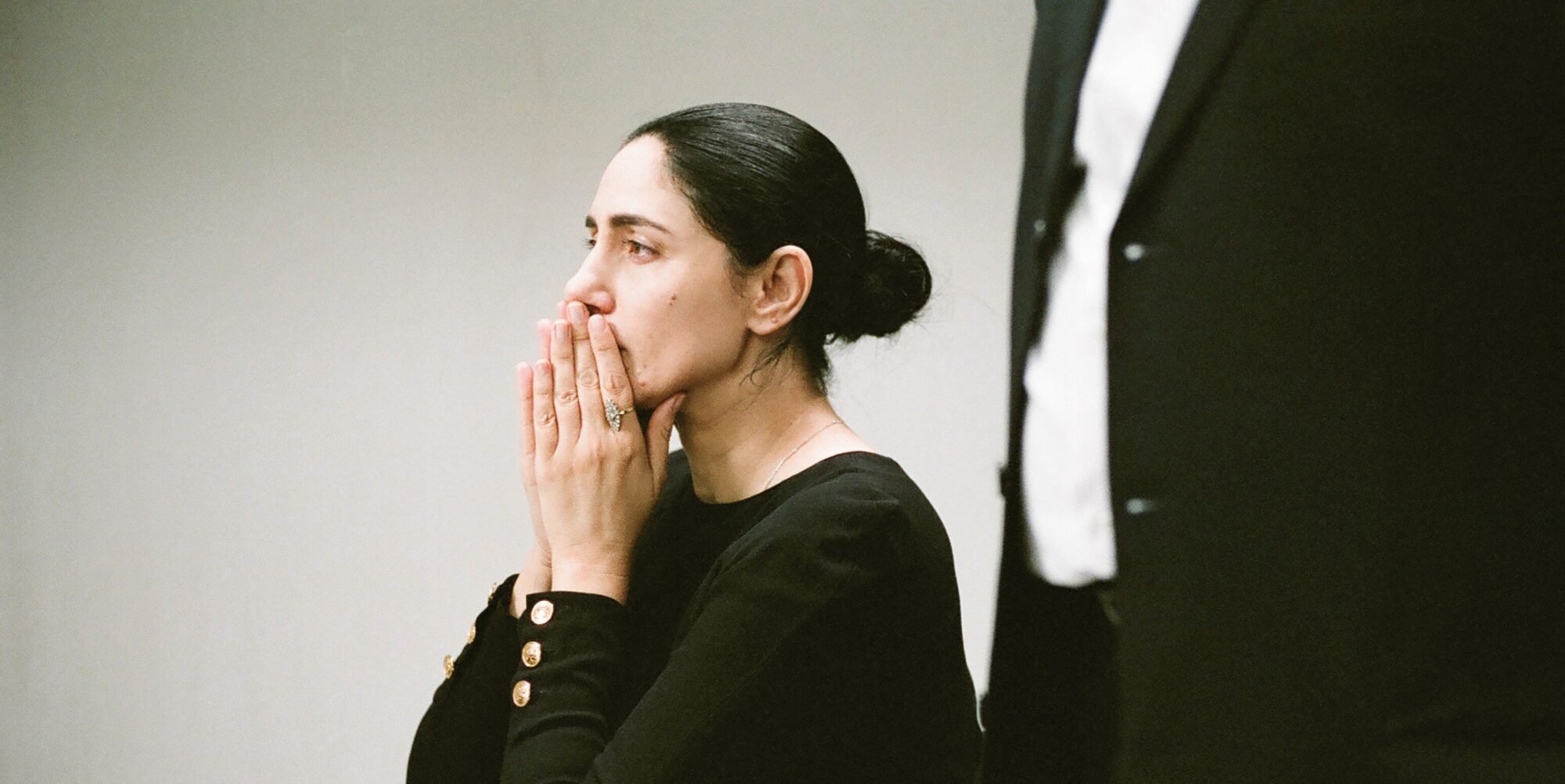 Ronit Elkabetz and Shlomi Elkabetz’s Gett: The Trial of Viviane Amsalem is part of a recent spate of excellent films about—and often by—Israeli women, including Zero Motivation, S#x Acts, and Jellyfish. But while those others feature situations that could easily have played out in any industrialized Western nation, Gett’s Viviane Amsalem (Ronit Elkabetz) is trapped by misogynistic religious laws that feel shockingly archaic.

After 30 years of marriage, all of them unhappy, Viviane is determined to divorce Elisha (Simon Abkarian), who she married when she was just 15 years old. But under the strictures of the Orthodox Jewish law that rules Jewish marriages in Israel, only a husband can end a marriage, and Elisha stubbornly refuses to grant her a get. The entire film takes place in or just outside the drab, claustrophobic rabbinical court where Viviane and her lawyer, Carmel Ben Tovim (Menashe Noy), return every few weeks for more than five years to argue her case. (Elisha doesn’t even bother to show up much of the time). The courtroom’s cramped, near-featureless air of bureaucratic stagnation becomes oppressive even for the audience, making it easy to identify with Viviane’s growing hunger for freedom.

As the subtitle indicates, the subject may be her divorce, but it’s Viviane who’s actually on trial, continually poked and prodded by Elisha’s lawyer and the three often openly contemptuous rabbis for signs of being the “wayward woman” the lawyer labels her as. The judges appear to take offense at any woman who speaks her mind or fails to rein in her femininity, reprimanding Viviane for undoing the bun she usually wears in court and haranguing a spirited character witness who speaks freely about how hard women have it in Israel, chastising her for her lack of modesty and ignoring everything she says—including her testimony that Elisha is “intolerable.”

For the most part, the filmmakers document the proceedings in straightforward shots and reverse shots, cutting between the arrogant judges, the impassioned lawyers, the impassive Elisha, and Viviane’s barely contained pain and disdain. But two more interpretive scenes begin and end the film, both focusing our attention on Viviane’s point of view. In the first shot, the camera articulates Viviane’s invisibility to the men who’re deciding her fate by showing only Elisha, the lawyers, and the judges as they talk heatedly about her case for minutes before finally pulling back to include Viviane, who sits silently facing the judges, a voiceless yet vivid presence with her thick, dark hair and eyebrows, alabaster skin, regal features, and penetrating black eyes. The last scene focuses on just Viviane’s feet and ankles as she walks away from the courtroom and through another door. It’s unclear if she’s heading home, or maybe into another room to pay the heavy price Elisha has exacted from her. But whatever her destination, that tight focus leaves no doubt that she’s still trapped, denied the freedom she was begging for just moments before.