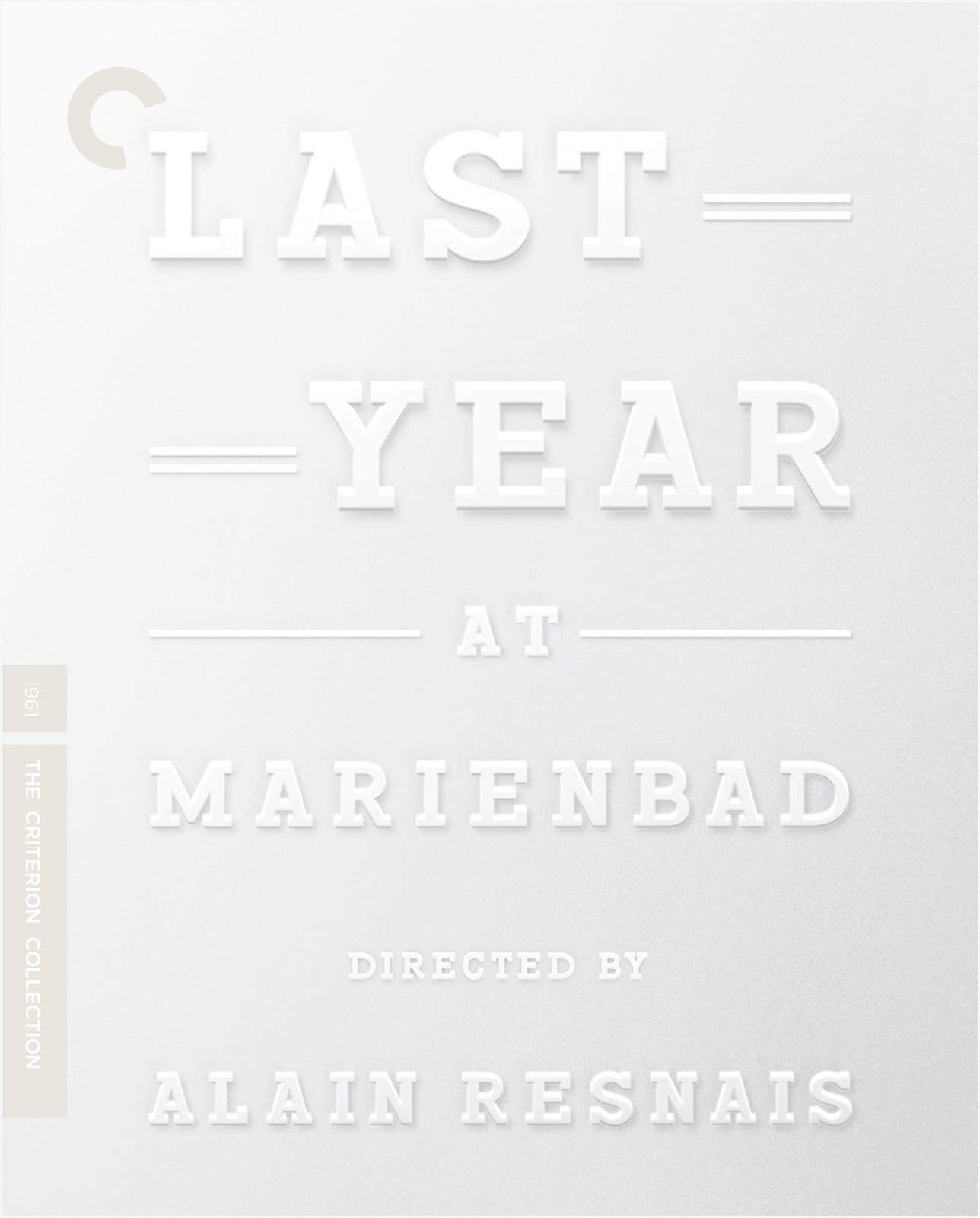 French New Wave auteur Alain Resnais’s Last Year at Marienbad is the art house’s all-time “blind men describe an elephant” artifact, entirely by design. Resnais collaborated with novelist Alain Robbe-Grillet to fashion an elliptical, unknowable object d’art, and it continues to inspire equal and opposite reactions today. As the narration over the film’s trailer said, the movie is a stubbornly different movie for each viewer, a prospect that even through the years has galled.

Allow me to present a small sampling of the film’s wildly differing takes, knowing that they’re all obviously talking about different films. Jonathan Rosenbaum: “A primal masterpiece, it left everything up for grabs, including critical interpretation…Eventually led to a backlash of attacks once it became clear that the film was blissfully and triumphantly critic-proof.” Pauline Kael: “Cultural diehards…are still sending out five-page single-spaced letters on their interpretation of Marienbad. (No two are alike, no one interesting.)” Michael Gebert: “Intentionally indecipherable, stylish as can be—and tiresome once you’ve figured it out. Think of it as a phase the cinema had to go through.”

The recurring attitude throughout most interpretations of Marienbad—both positive and negative—is that of sheer interpretation fatigue. While some could likely take that as a sign of exasperation, it’s also a testament to the movie’s uncanny, hypnotic power over those willing to submit to its complex mélange of non-clues. Because when it comes down to it, the basic structure and plot of Marienbad are truly not that difficult to pin down. A woman simply known as A (Delphine Seyrig) somnambulistically rebuffs, reconsiders, and recoils from the romantic intimations of a man called X (Giorgio Albertazzi) as the two navigate the rococo hallways and gardens of a resort chateau. While M, A’s maybe husband, grifts equally zombified socialites in the salon, X tries to convince A she promised last year she would run away with him when they met again this year. He struggles to remember the specifics of their brief encounter, but the more he successfully jogs her lagging memory, the closer both come to facing an unspeakable, repulsive realization.

That much information is made available to every audience member, whether they’re receptive or not. But Resnais’s interpretation of Robbe-Grillet’s unreliable narrator stresses all available cinematic devices that would throw even the most jejune assumptions into question. By the movie’s end, you’re not even sure whether the main characters know each other, whether they exist in the same era as their surroundings, or even if they’re alive at all. Beyond Seyrig’s fashionable sarcophagus of haute couture Chanel and the movie’s self-referential games and rituals, Resnais’s film is a stark, elegant horror film about the dread we spend our whole lives trying to put off contemplating until next year.

After Criterion’s amazing jobs on The Wages of Fear and The Seventh Seal, I had nothing but the highest hopes for their Blu-ray edition of Last Year at Marienbad. Unfortunately, I can regretfully not rank the results on display here at the same level. While it’s a quantum leap ahead of the previous Region 1 DVD issued by Fox Lorber, the picture simply isn’t as fresh and clean as I imagine it could’ve been. Cinematographer Sacha Vierny’s prowling shots are plenty sumptuous, but I noticed some blocking around hard, contrasting edges. A few scattered shots appear over-processed like a VHS dub. And black levels sometimes fade up into dark grays. That said, some shots, such as the famed overhead view of the garden in which people throw shadows and the trees don’t, are near perfect. The uncompressed mono soundtrack is what it is. You’ll have Francis Seyrig’s maddening pipe organ noodlings ringing in your ears for as long as it takes until your brain processes them out in the form of a nightmare.

Maybe taking to heart the idea that no one person’s view of the film is likely to be the same as the next person’s, Criterion opted to not record a commentary track. Pity. They could’ve played a joke on everyone by recording a half-dozen commentary tracks and juxtaposing clips from everyone in a series of contradictions. I suppose there’s enough contradiction to go around between the new 30-minute audio interview with Resnais and the comprehensive section of the liner notes devoted to Alain Robbe-Grillet’s increasingly sour attitude about what became of his original screenplay. And even if there isn’t, there are multiple interviews with crewmembers and film scholar Ginette Vincendeau in which any number of hypotheses are bandied about. Rounding out the package are liner notes by critic Mark Polizzotti and two early documentary shorts by Resnais, the first a Night and Fog-reminiscent meditation on the intellectual weight of mankind’s written history (represented visually by the stacks of the Bibliothèque Nationale in Paris) and the second a colorful, cute look at what goes into the production of plastic.

Just lay back. This is going to happen.

DVD Review: Hal Ashby’s Lookin’ to Get Out on Warner Home Video