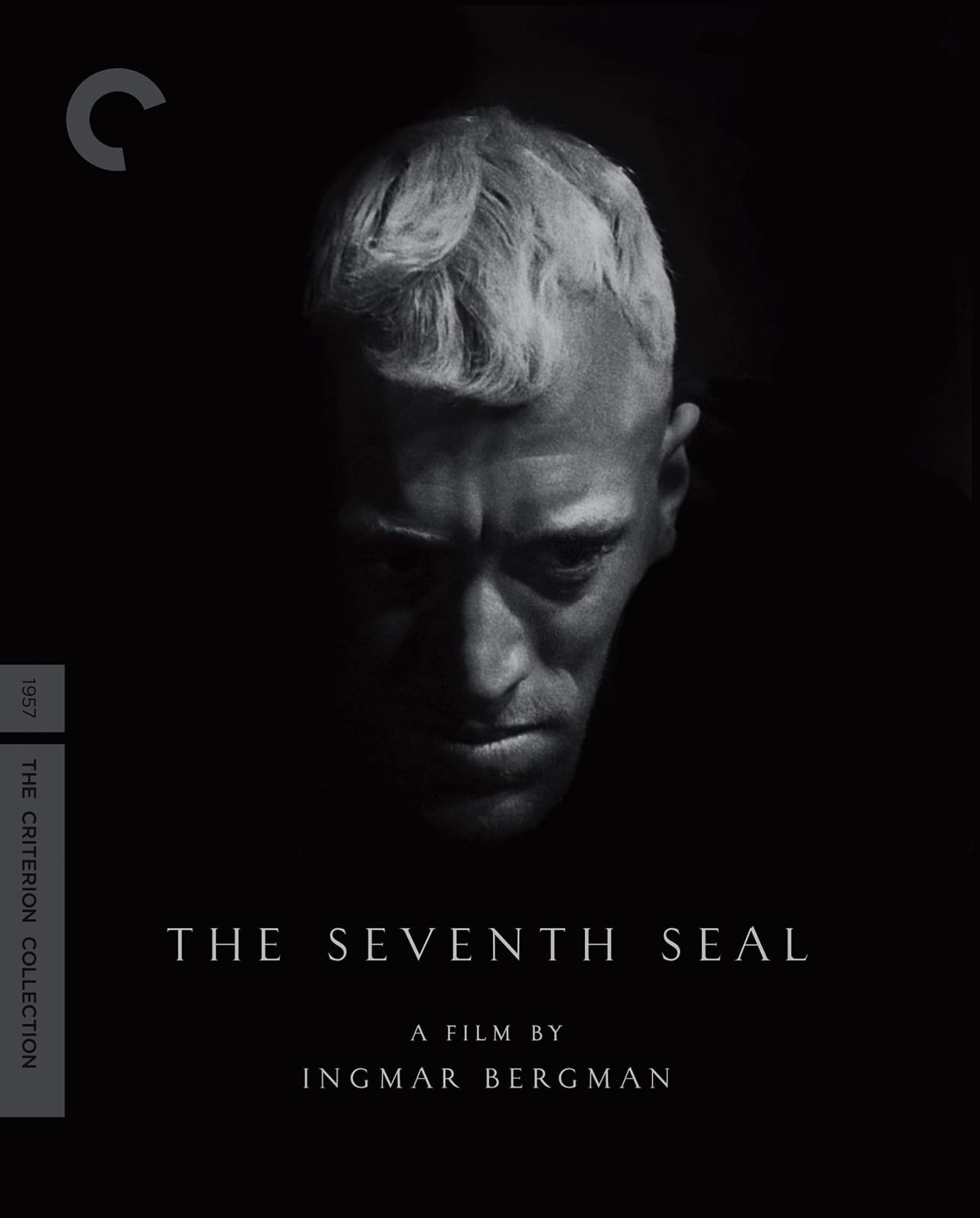 Swedish cinema titan Ingmar Bergman’s mopey/earthy 1957 breakthrough The Seventh Seal may have done more than any other film to popularize and demonize the notion of world cinema as the boutique of the cultural intelligentsia. Neither Bergman nor the Grim Reaper’s fault, per se, especially when their collective Black Plague-set tumble into postmodern nausea is actually a great deal more laughable (in both senses) than Bergman’s most popular previous film, the morose and largely mirthless sex comedy Smiles of a Summer Night (to say nothing of the myriad Woody Allen bummers inspired by Bergman). The laughs are hard-earned, though, as the entire film showcases pre-enlightment souls coping with the finality of death, the meaninglessness of life, and the difficulty jesters have attracting an audience when organized religion puts on such a galvanizing show.

At the center is the knight Antonius Block (Max von Sydow, a Nordic tree stump hollowed out by an infestation of repressed doubt) and his squire Jöns (Gunnar Björnstrand), who have just returned from the Crusades, or a decade spent telling everyone at sword’s length what a friend they’d better have in Jesus. Antonius is approached by Death at the film’s onset, and uses the remaining running time stalling and unwittingly inviting a number of bystanders into his mortal wager: a trio of tomato-stained actors, a mute peasant girl, a monosyllabic sledge-man and his temptress wife, and, fleetingly, a pixie accused of unleashing the bubonic plague with witchcraft. Antonius and Death’s framing game of chess is a working meta-metaphor for Bergman’s own calculated cast of characters, carefully and with great futility maneuvering their way through a death-prone era. The chess game is one of the only two images (both transposed from medieval artwork) that have truly endured through the decades, along with the resulting dance-of-death tableau. Death and games, games and death.

The Seventh Seal, assisted by cinematographer Gunnar Fischer’s richly overexposed images, operates as though it contains the undiluted essence of life’s fueling dialectic formula. Occasionally it does, most notably in the terrifying arrival of the self-flagellants to a weak-willed village. But the road-trippers in Bergman’s follow-up, Wild Strawberries, achieve a far greater grace and clarity with only a fraction of the heavy lifting.

If you don’t think the film’s status as a totem of art cinema is all but taken for granted, consider that the Criterion reissue of the movie doesn’t even mark the first time it was made available on Blu-ray, having previously been released by Tartan Video; admittedly the earlier release was an import and not given official release stateside, but it was free from region coding and could thus be played on North American players. Without doing the research, I’m almost positive it marks one of the first format double-dips for a film more than a decade or two old. But, as the evidence on display on Criterion’s disc bears out, the source material is so fine that it bears repeating. The print is near flawless; any, if not all, of the artifacts and imperfections are limited to process shots and cross-dissolves. The grain is omnipresent without ever becoming overpowering. The chromatic balance is gorgeous. I may not be a major fan of the film itself, but damned if Gunnar Fischer’s images as presented here don’t make me want to wish a pox upon myself for doubting. The uncompressed mono soundtrack naturally trails the image by a considerable amount, but it’s certainly preferable to the dippy alternate English soundtrack.

Gotta give Criterion credit. Not only do they pull out all the stops with their extra features here, but they do so in high-definition. First off, they’ve included an entire separate feature film: Bergman Island, a 2006 DV documentary about-and seemingly under the close supervision of-Bergman’s life and works, which Criterion has also released on a separate, standalone DVD for those interested. Peter Cowie has his hands in almost all of the other bonus features, for better (a neat and surprisingly comprehensive career retrospective that packs an entire career into a svelte 35 minutes) and for worse (his feature-length commentary track in which he lapses time and again into describing character’s actions on the screen, a commentary track that has ludicrously been recycled over and over again dating back to Criterion’s laserdisc days). There’s also 20 minutes of archival audio by Max Von Sydow, 10 minutes of montage-accompanied fawning by Woody Allen commissioned by Turner Classic Movies, and three minutes of Bergman introducing the film. Also included is a booklet with liner notes by Gary Giddins, whose essay directly addresses the skeptics like me.

Bergman’s most popular and studied film may not be his greatest artistic achievement, but Criterion’s Blu-ray confirms its cinematic grandeur.

Review: Wim Wenders’s Until the End of the World on Criterion Blu-ray