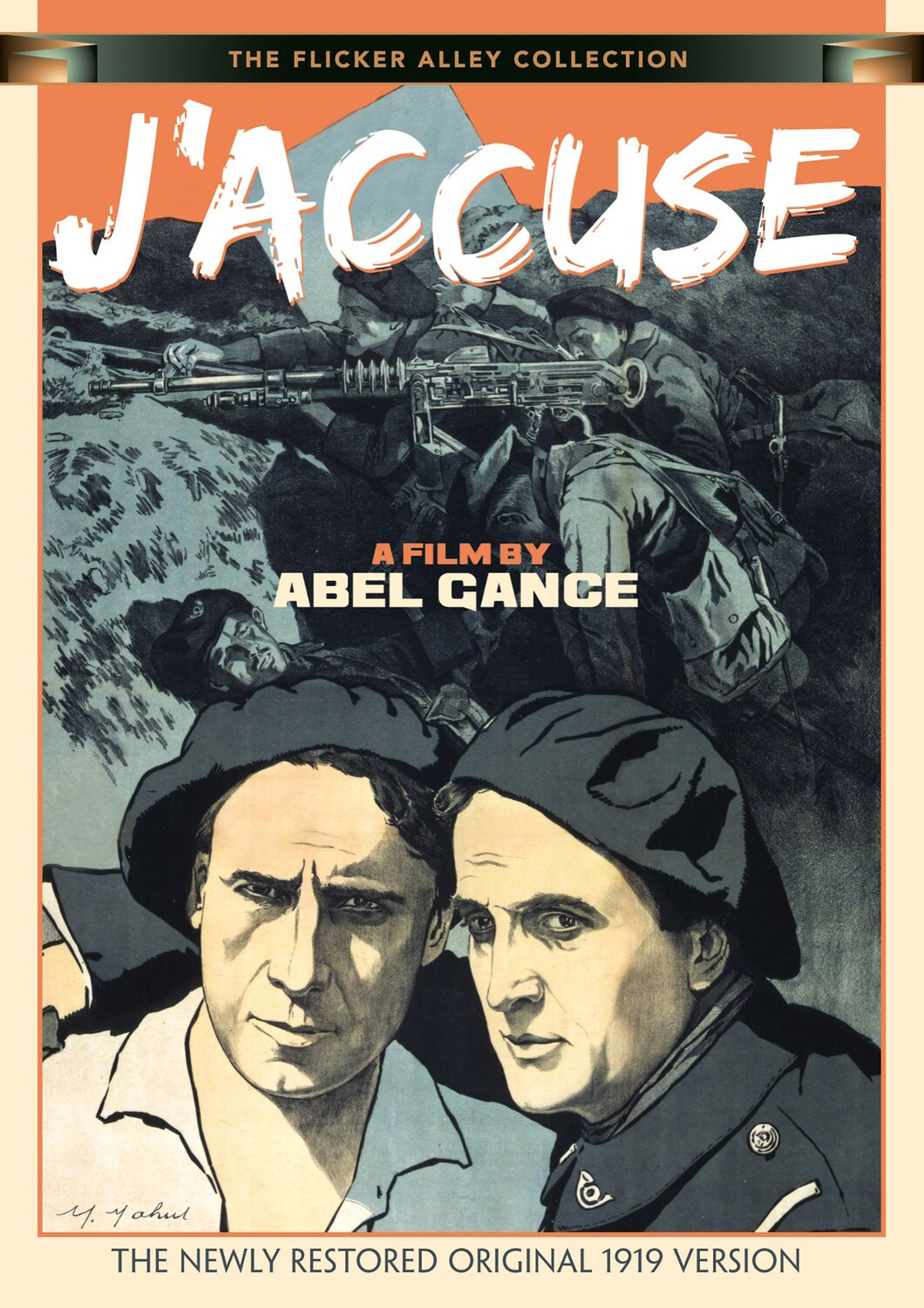 Fertile to a fault, Abel Gance’s films seldom settle into a single format, style or genre. J’Accuse!, the French pioneer’s raging 1919 classic, is as much a celebrated anti-war tract as it is a romantic melodrama and an expressionistic horror movie. Taking its confrontational title from Zola’s famous 1898 admonition on the Dreyfus affair, the film is a skeleton finger frantically pointed at the human waste of warfare, with most of its outrage directed at the still-fresh butchery of the First Great War. An archaic love triangle—lovely Edith (Maryse Dauvray) is torn between brutish husband François (Séverin-Mars) and sensitive poet Jean (Romuald Joubé)—provides the frame on which Gance hangs bruising and increasingly macabre visions of battlefield slaughter, culminating in the startling, proto-George A. Romero “Return of the Dead” passage in which the casualties of war rise accusingly from their graves. A filmmaker of raw ideas and visceral bombast, Gance charges his pacifist cri de coeur with an often overwhelming sense of urgency, down to the ghoulish irony of casting real-life infantrymen as the walking dead (on temporary leave from the front, the soldiers are virtually playing their own ghosts).

Powerful as it is, however, the film illustrates François Truffaut’s remark about the purposeful grimness of anti-war films being canceled out by the excitement they inevitably generate. Oddly, the problematic exhilaration of J’Accuse! derives not from battleground exploits but from Gance’s stylistic inventiveness, a furious panoply of crosscutting, tinted images, split-screens and allegorical superimpositions whose experimental joyousness clashes with the film’s disenchanted mood. (Gance’s own remake, made in 1938 at the cusp of WWII, struck a more successful combination of visual and thematic intensity.) Still, such images as the grinning dead soldier or the endless sprawl of graves still resonate with passionate indignation against the systematic devastation of lives—a lesson that, nearly a century after the “war to end all wars,” we are still learning.

Two shorts on disc two, Paris During the War and Fighting the War, offer fascinating views of both civilian and military life during WWII, but the best feature is tireless historian Kevin Brownlow’s essay on J’Accuse! included in the 20-page booklet, which also has articles on the film’s restoration and later influences.

Our jingoistic era might do well to revisit Abel Gance’s compassionate visions.