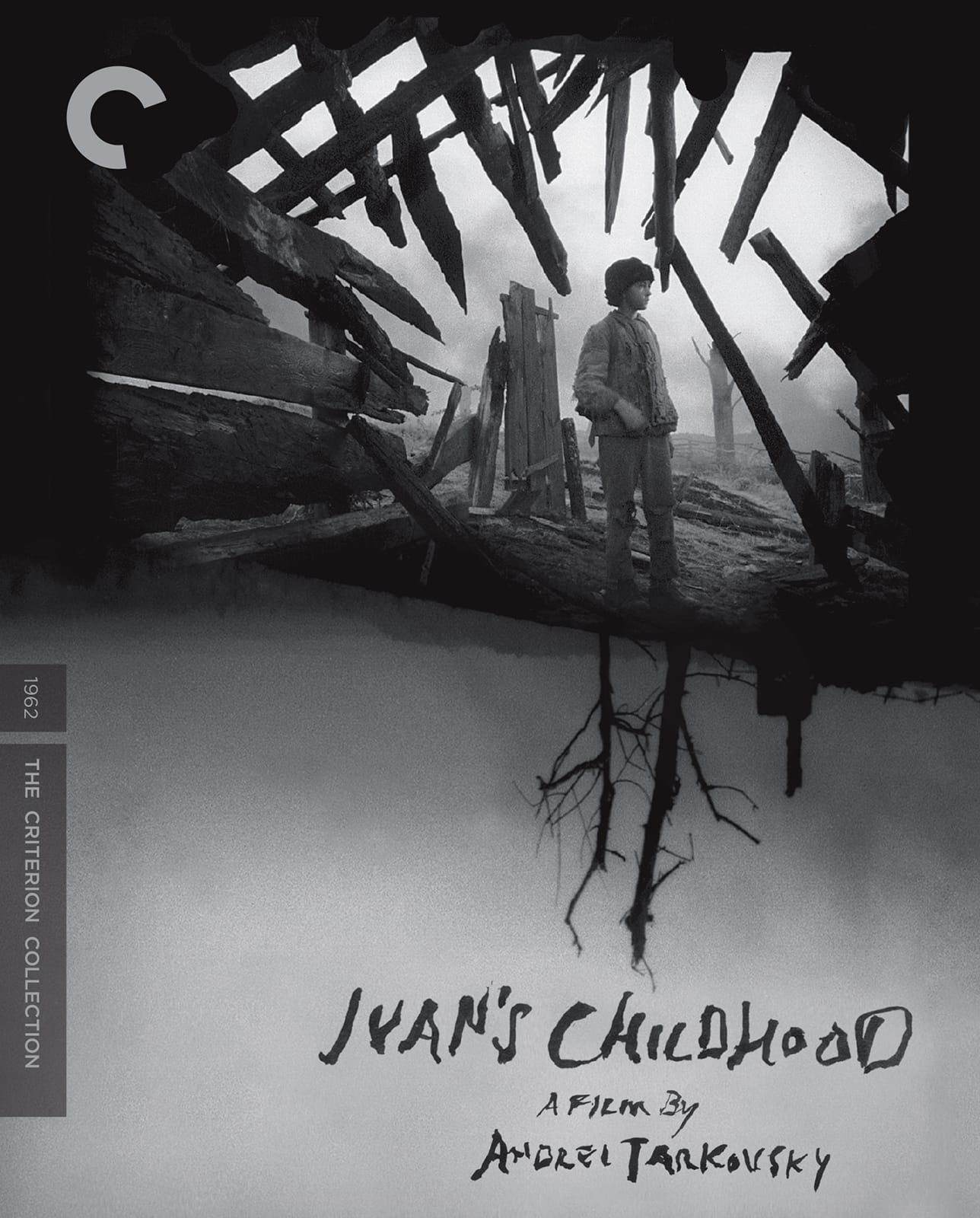 For a movie about war, madness, and the soul-crunching boredom of life between battles (mostly spent in cramped rooms smoking endless cigarettes), Ivan’s Childhood is more profoundly interested in dry white trees, glistening streams, drops of water landing on a child’s fingertip, and the face of mother. Even in this, his first feature, we see that Andrei Tarkovsky is compelled by memories of precious things. Long after one forgets the plot, which basically details the final days in the life of a rough and tumble kid named Ivan (Kolya Burlyaev) whose so-called childhood is spent wanting to get back on the exciting front lines of a war, is a collage of his dreams, flashbacks, and some deliberately meandering dialogue scenes with fellow soldiers not much older than he is. When we think of Waiting For Godot, all we truly remember is the image of two tramps under a tree who continually hesitate. In much the same way, one might not recall a single line of dialogue here, even though there is much chatter (and Ivan is delightfully belligerent), but one will surely recall a flirtatious soldier, his legs straddling either side of an incredibly deep open trench, holding and kissing a woman he dangles over the precipice. While nothing in Ivan’s Childhood compares to even the tiniest detail of Tarkovsky’s later works, one can easily see why the virtuoso filmmaker still felt pride in this early achievement, saying, “It helped me form my views.”

Criterion does a magnificent job of balancing the film’s extreme contrasts between light and darkness. The sound quality is as clear as a bell.

The 30-page liner booklet includes a richly insightful essay that examines Ivan’s Childhood’s influence on Tarkovsky’s entire body of work, and also its effect on other filmmakers. The analysis is deft, unpretentious, and insightful, particularly when analyzing Ivan’s dreams. There is also a new translation of Andrei Tarkovsky’s essay about making the film, and his never-ending push to avoid cliché depictions of childhood and war. The video interviews with cinematographer Vadim Yusov and actor Nikolai Burlyaev cover a broad range of topics, from Tarkovsky’s working methods and philosophy to his interest in textures. While Yusov explains that Tarkovsky was more drawn to the visual elements of storytelling, Burlyaev suggests he had an intuitive sense of how to sculpt an actor’s performance. His acute sensitivity allowed Burlyaev to find his necessary tears for the role. The video appreciation featurette is a talking-head piece with Vida T. Johnson intercut with images from Ivan’s Childhood, and she is able to get across a tremendous amount of analysis and historical background within a mere 30 minutes.

The Criterion Collection deserves a gold medal for this release.

Review: Mikhail Kalatozov’s The Cranes Are Flying on Criterion Blu-ray