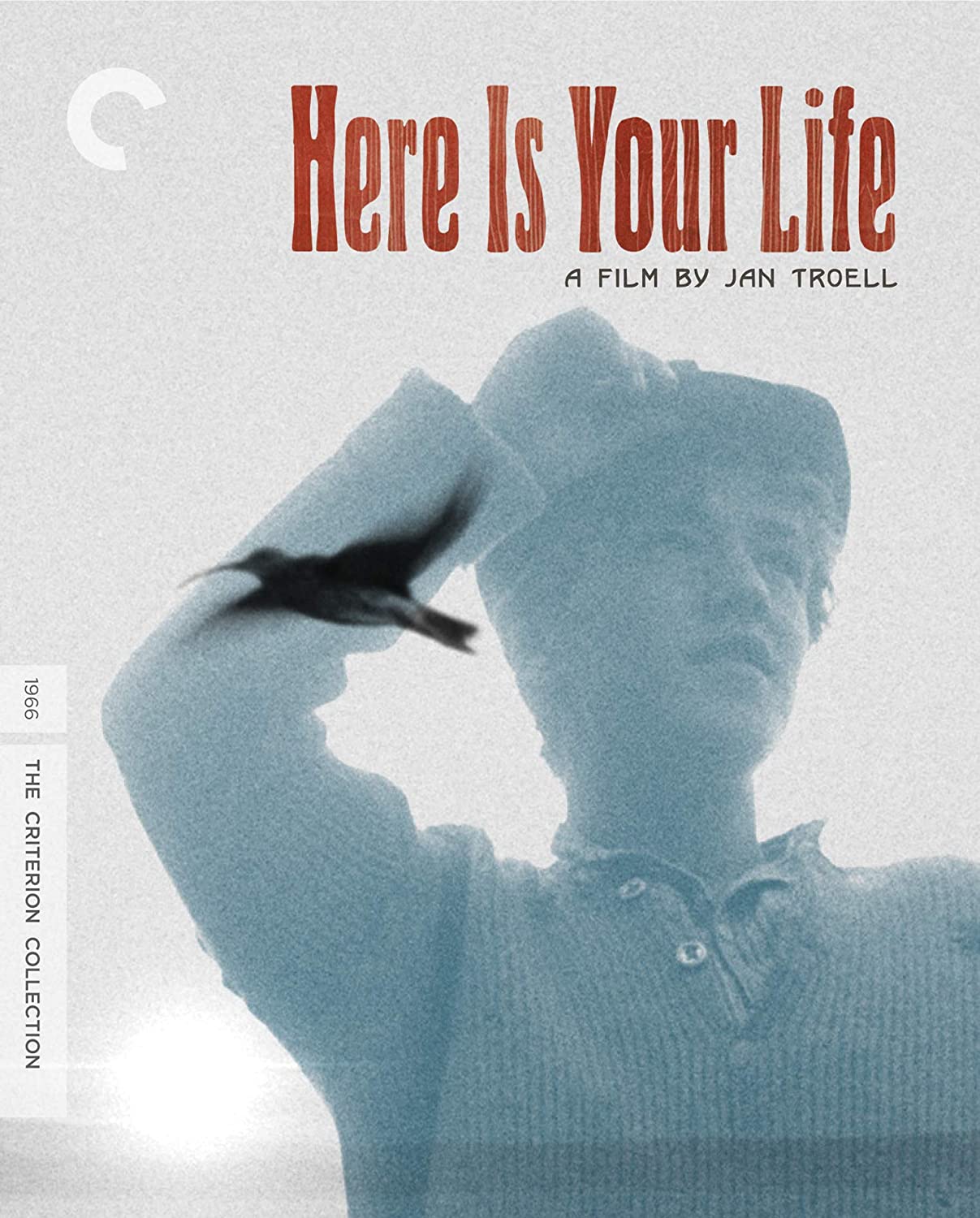 Jan Troell embraces boredom as the core component of his aesthetic, but that doesn’t mean he makes slow cinema. Here Is Your Life, his directorial debut, is the inaugural testament to a filmmaking style that valorizes craftsmanship not only as its primary thematic interest, but the basis for Troell’s entire endeavors with a camera. He co-wrote, shot, edited, and directed the film, a quintet of creative responsibilities that sets his artistry apart from many of his contemporaries, namely Ingmar Bergman, who frequently assumed a more typical writer-director mantle. It’s worth noting these extra duties, if only because this is a feature of estimable heft, primarily shot on location, and multiple locations at that given the film’s episodic structure. Olof (Eddie Axberg) is a 14-year-old from humble origins, trying his hand at a number of manual labor gigs over the course of several years, which overlaps with Sweden’s neutrality during World War I, though that remains a background facet of the young man’s environs.

Rather than psychologizing Olof or pathologizing his sexuality, Troell engages the character’s harsh circumstances as a means to probe his facial expressions and reactions to those around him. In a sense, Olof’s coming of age isn’t the film’s actual interest, though outwardly the loosely assembled narrative ambles along in a progression that would make this seem to be the case. More specifically, the film’s portraiture is of an economy where notions of labor are tied to masculinity, and credibility is exclusively linked with physical toil. As Olof leaves his foster mother during the opening scene, there’s an initial sense that the departure will be played to maximize his angst by linking past events (which are intercut as flashes of memory) with future traumas. Thankfully, these brief glimpses of cheerier moments are subsequently treated as originary instances of Olof’s blossoming work ethic, as he’s told he must produce—and keep producing—in order to be viewed as a valid contributor to the betterment of his people. By mobilizing memory as a means for encapsulating Olof’s dilemma, Troell forgoes sentimentalizing or overdetermining his protagonist’s economic detritus.

Each new job or destination provides Olof with a functionally equivalent experience of his previous destination, but with varied philosophies from his co-workers or employers comprising a notable shift. He starts at a logging camp, where August (Allan Edwall) shares stories about his family, but primarily his two, deceased children. Olof merely listens and nods, a role which Troell consistently places the adolescent in, as he’s forced into others’ immediate surrounds, but also their pasts by extension of limited spatial accommodations. If Olof can only access that past orally and sonically, Troell suggests that he, as the filmmaker, has the benefit of sight as well; thus, it’s telling that a story from August about his wife is quickly illustrated with a dash of color, contrasting the film’s heretofore starkly offered black and white. The color isn’t arbitrary or gimmicky, but an expression of Troell’s contemporary moment in 1966, when the faculties of the cinematic medium have been acutely realized to allow for different aspect ratios and play with various film stock, contrary to the static-camera one-reelers prevalent during the narrative’s time period.

It’s no coincidence either that Olof finds himself employed at a movie house for a lengthy amount of time. While there, he’s at the mercy of Lundgren (Gunnar Björnstrand), a proprietor consistently musing on order, hierarchy, and the upward mobility he’s able to offer, promising Olof that, should he prosper at selling candy, he’ll one day make a fine projectionist. Olof seems taken with the idea, but none too vocal about it, in much the same way that he glimpses Pathé newsreels without seeming to ascertain their significance. In these moments, Here Is Your Life is distant to a fault; by inserting a protagonist whose capacity for introspection or verbal commentary is minimal, Troell crafts Olof to resemble the donkey of Au Hasard Balthazar more than a human agent realizing his own desires. While such a presentation prevents Troell from resting upon nostalgic constructs, it just as certainly loosens the reigns on any stricter, specific insights. The filmmaking insists that if one piles enough details and specifics into the frame, they will suffice as a testament to the human condition. While that’s a noble endeavor and an intriguing wager, it has a tendency to become narratively flimsy given the film’s nearly three-hour runtime, even if the director’s visual prowess never dulls a bit.

Criterion rescues another missing puzzle piece of European modernism in this sparkling 2K transfer that’s largely free from defects of any sort. The stark imagery highlights Jan Troell’s staggering use of natural light and montage editing, with image clarity and sharpness maintained even during instances of rapid cutting. The color sequences are spectacularly preserved, making the shift in film stock all the more startling. Grain remains throughout and there are few, if any, visible defects. The monaural track is serviceable and strong, although limited in range given the film’s mix. The score by Erik Nordgren is featured prominently throughout and dialogue is clear, clean, and without error. Likewise, the new subtitle translation is precise, verbose, and indicative of careful assemblage.

A worthwhile array of supplements are offered, most notably a half-hour sit-down between Troell and Peter Cowie, who run the gamut of expected topics involving the film’s inception and Troell’s autobiographical relationship to the material. Furthermore, Cowie praises its commitment to verisimilitude and explains how he thinks the structure plays like a portmanteau offering. There’s also a pair of contemporary interviews with actor Eddie Axberg and co-writer/producer Bengt Forslund, both of which further fleshes out each man’s role during production. Totaling over an hour of runtime, these three interviews are valuable additions to the history of both Troell’s debut and Swedish cinema during the 1960s. A brief introduction by Mike Leigh is rather disposable at only a few minutes, but the inclusion of Troell’s 1965 short Interlude in the Marshland is the disc’s supplement highlight; boasting a 2.35:1 aspect ratio and a curious performance from Max von Sydow, it further conveys how precise Troell is with a camera. Finally, an excellent essay by Mark Le Fanu is a must-read, as he explains what makes the film “a glowing hymn to freedom.”

Like the burly projectionist of Jan Troell’s Here Is Your Life, this splendid Blu-ray from the Criterion Collection may have you shouting: “Culture! Culture!”