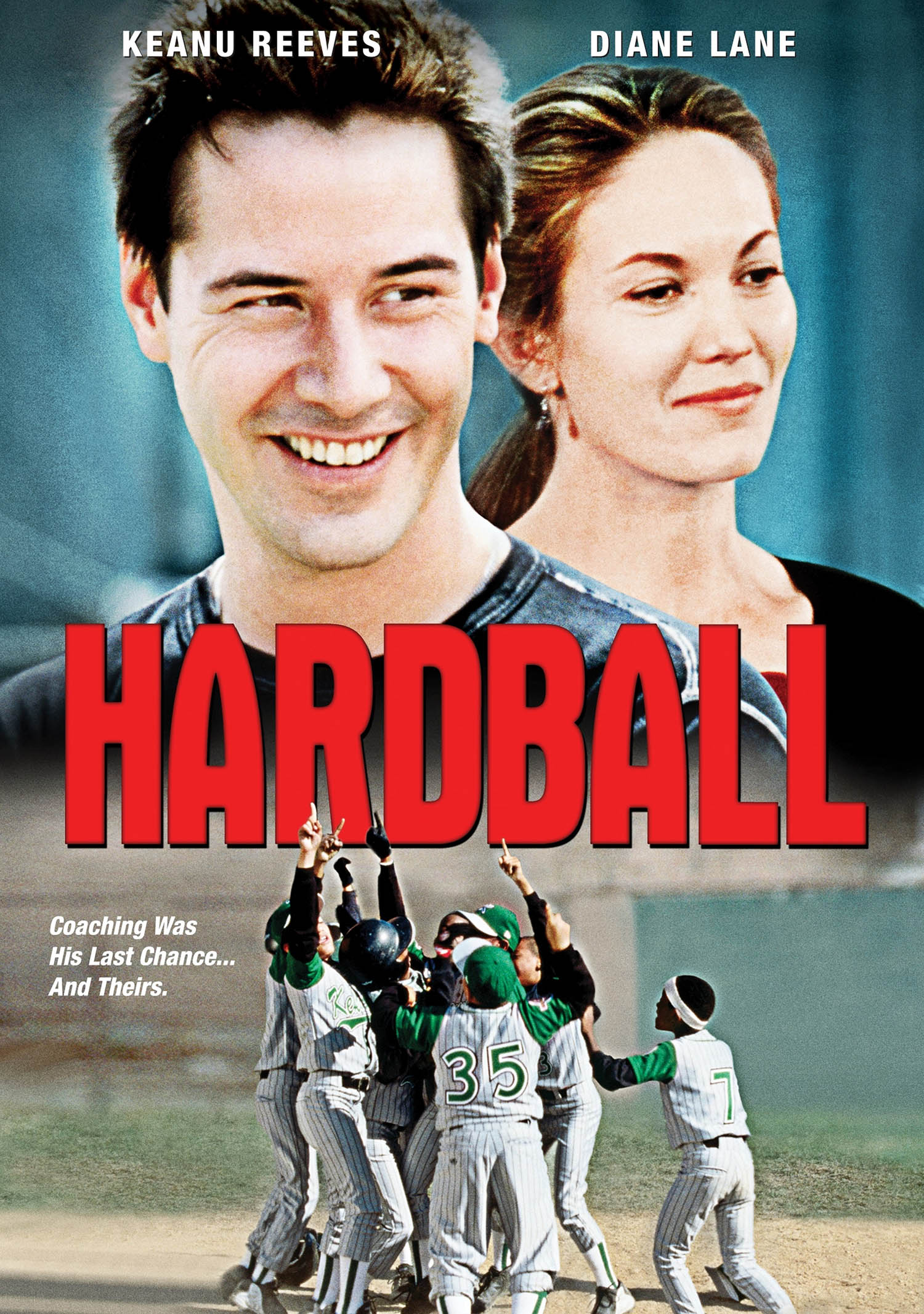 It’s statistically proven that extra-curricular activities deter the ghetto child from ghetto banging, a theory that Hardball doesn’t so much support than fascinatingly confuse. Conor O’Neill (a surprisingly effective Keanu Reeves) is a down-on-his-luck, overgrown white boy looking to eliminate his gambling debts. Hope springs eternal in the form of an all-black little league team which Conor coaches for five hundred dollars a week. Hardball’s narrative is patently schizophrenic (it’s part Bad News Bears, part Dangerous Minds) and while it may go heavy on the sap it thankfully never turns into a white man’s ghetto-cleansing melodrama. Conor embraces a moral betterment that isn’t so much defined by his connection to the team than it is by sheer luck of the draw (his last bet pays big time). Harball is at its best when it sticks to the baseball field; it’s there that the film’s cast of super-talented youngsters dish out their soulful, quick-fire verbal jabs. At its very least, the film proves that wise-ass minority kids are far cooler than potty-mouthed white kids. Director Brian Robbins wisely underplays the relationship between Conor and schoolteacher Elizabeth (Diane Lane) but stumbles with his overwrought portrait of the projects as the black boy’s nightly grim reaper. Since Hardball’s credits roll sometime after Conor’s team snags their league trophy, little is provided as to the long-term effects of the game on his kids. A humbled Conor gives back to the community by becoming the school’s athletic coordinator but Hardball saves itself by never dishing out any easy answers. A manipulative (if not wholly inappropriate) death-wish comes to fruition by film’s end; it simplistically details the abrupt, unprejudiced nature of violence but ironically suggests that the young black boy may need more than little league to dodge a bullet. Tender loving adult care may go far but survival in the ghetto seems to be one part adult intervention and one part blind luck.

Paramount Home Video’s Hardball DVD features a screen-specific audio commentary with director Brian Robbins and writer John Gatins that is minor but fun, replete with interesting factoids about the production and casting. Robbins is ready to point out some of the more interesting aspects of the film’s production design, including the wonderful scene where the baseball team negotiates death with the set of their school’s ghetto production of Our Town as backdrop. With a heavy focus on Keeanu Reeves’s daily hygiene and whoaisms, though, the commentary track is a bit heavy on the gossip. No matter, it’s fun to listen to Robbins go on about his age-old crush on Diane Lane and point out his son’s nanny when she appears on screen as an extra. A 12-minute making-of documentary is concise if not entirely uninformative-in the end it feels entirely too much like an elongated trailer for the film. The disc’s deleted scenes were wisely done away with: the “Duffy’s Tavern” scene is overlong and mawkish while “The Funeral Parlor” segment would have felt inappropriate in light of the film’s last-act shooting death. Noticeably missing here is director’s commentary for the deleted scenes. The disc’s awesome Interstitials (featuring character’s Andrei and Kofi) are great as quasi public service announcements-it’s a shame, though, that more of the film’s young cast wasn’t chosen to do one. Also included here is the Hardball music video featuring Lil Bow Wow, Lil’ Wayne, Lil’ Zane and Sammie.

Since Hardball will play better with younger audiences, the disc’s meaty extras might go unsung by their little ears.