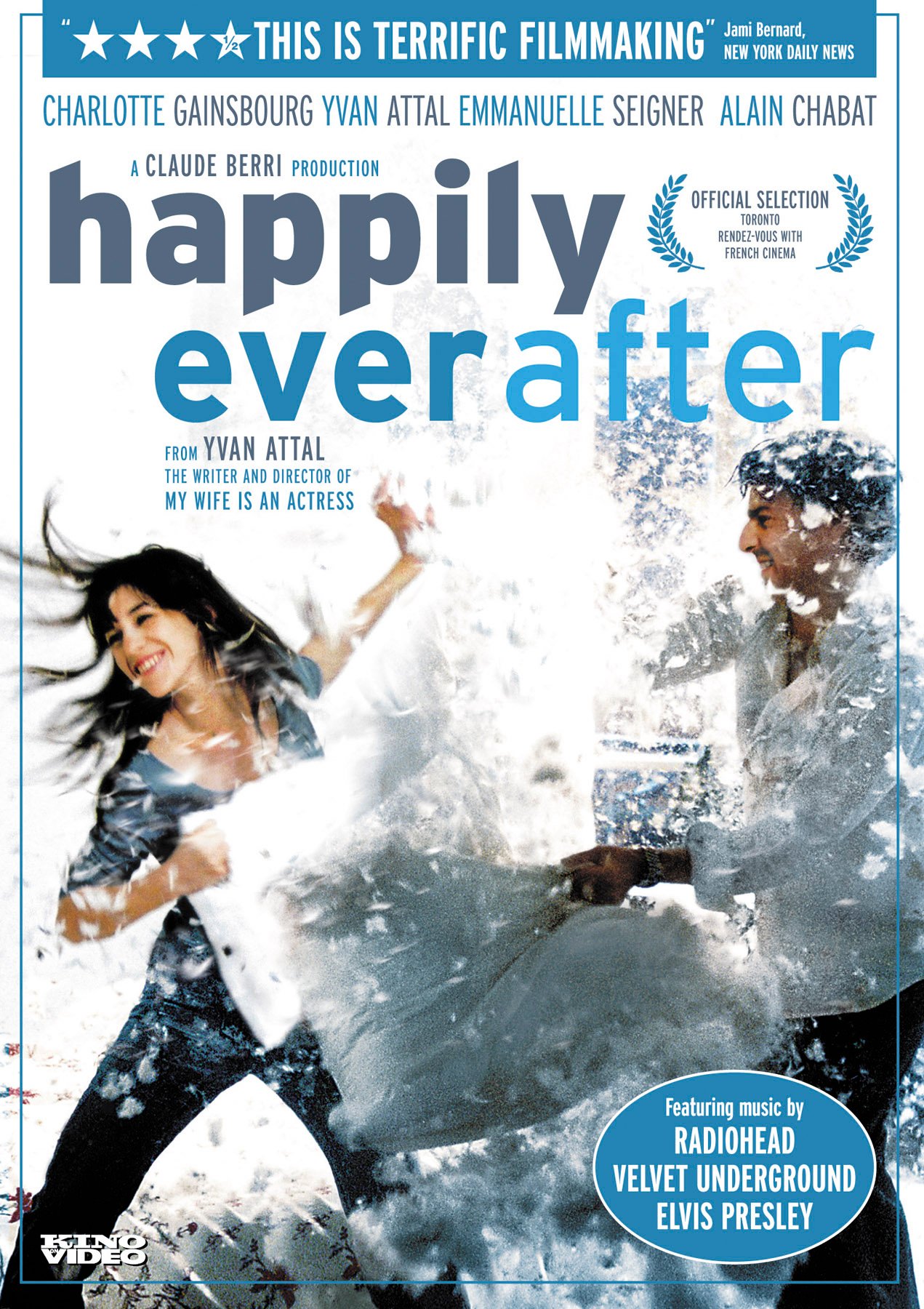 Yvan Attal’s Happily Ever After, bereft of the meta elements that characterized the filmmaker’s previous My Wife Is An Actress, dissects the viability of fidelity via the story of three buddies and their tumultuous relationships with the opposite sex: Vincent (Attal) lives an ordinary life with wife Gabrielle (Antal’s real-life wife Charlotte Gainsbourg) and their son; Georges (Alain Chabat) is exasperated by his feminist spouse’s regular harping on all subjects male-centric; and Fred (Alain Cohen) is a busy ladies man. But each guy’s seemingly predictable surface masks a paradoxical surprise: Georges really loves his grating wife, Fred longs for the comfort and security of commitment, and Vincent is cheating on Gabrielle with a masseuse. “We’re all looking for the perfect woman,” Vincent opines, but what Attal’s film can’t find is a suitable tone for its mixture of comedy and pathos, uncomfortably lurching back and forth between poignant adult drama and farcical silliness. Even more problematic is the writer-director-star’s inability to come up with a compelling point to make about men’s romantic wanderlust, crafting a number of touching moments that amount to frustratingly little, including an instance of déjà vu in which Vincent sees his wife in the same pose as when they first met and a food fight between the couple that’s both a joyous expression of their love and a cagey attempt to avoid discussing their union’s fissures. If, however, Attal’s film never satisfactorily balances the funny with the sad, it is partially redeemed by Gainsbourg’s performance as Gabrielle, a woman learning to navigate a matrimonial purgatory in which neither confrontation, nor passive acceptance, of conjugal unfaithfulness seems to be the proper course of action. Providing a nuanced portrait of longing and trepidation that’s counterbalanced by a sense of humor and hopefulness, Gainsbourg is a revelation, and despite heavy-handed sequences such as one in a record store set to Radiohead’s “Creep” (and featuring a cameo by Johnny Depp), her aura of gentle playfulness and mature sensuality provides this ironic take on fairy tale domesticity with its only effervescent magic.

On my system, Happily Ever After plays with double bars at the top and bottom of the image. This is the first time I’ve encountered this, and though I’m tempted to say it’s a problem with the disc, it could be an isolated incident. Anyway, the film’s image has a grainy and muggy texture to it, but it’s strangely appealing and clean overall. The stereo sound is serviceable-dialogue at times sounds muddled and the effects have a tinny kick to them.

A 12-minute interview with Yvan Attal, a 3-minute deleted scene with comments by the director, a theatrical trailer, a stills gallery, and trailers for Or (My Treasure) and The Ninth Day.

It’s French, it’s sexy, and Johnny Deep makes a cameo. Your female roommate will love it. Mine did!

Incredible But True Review: A Tale of Vanity and Madness Forged on Creative Autopilot