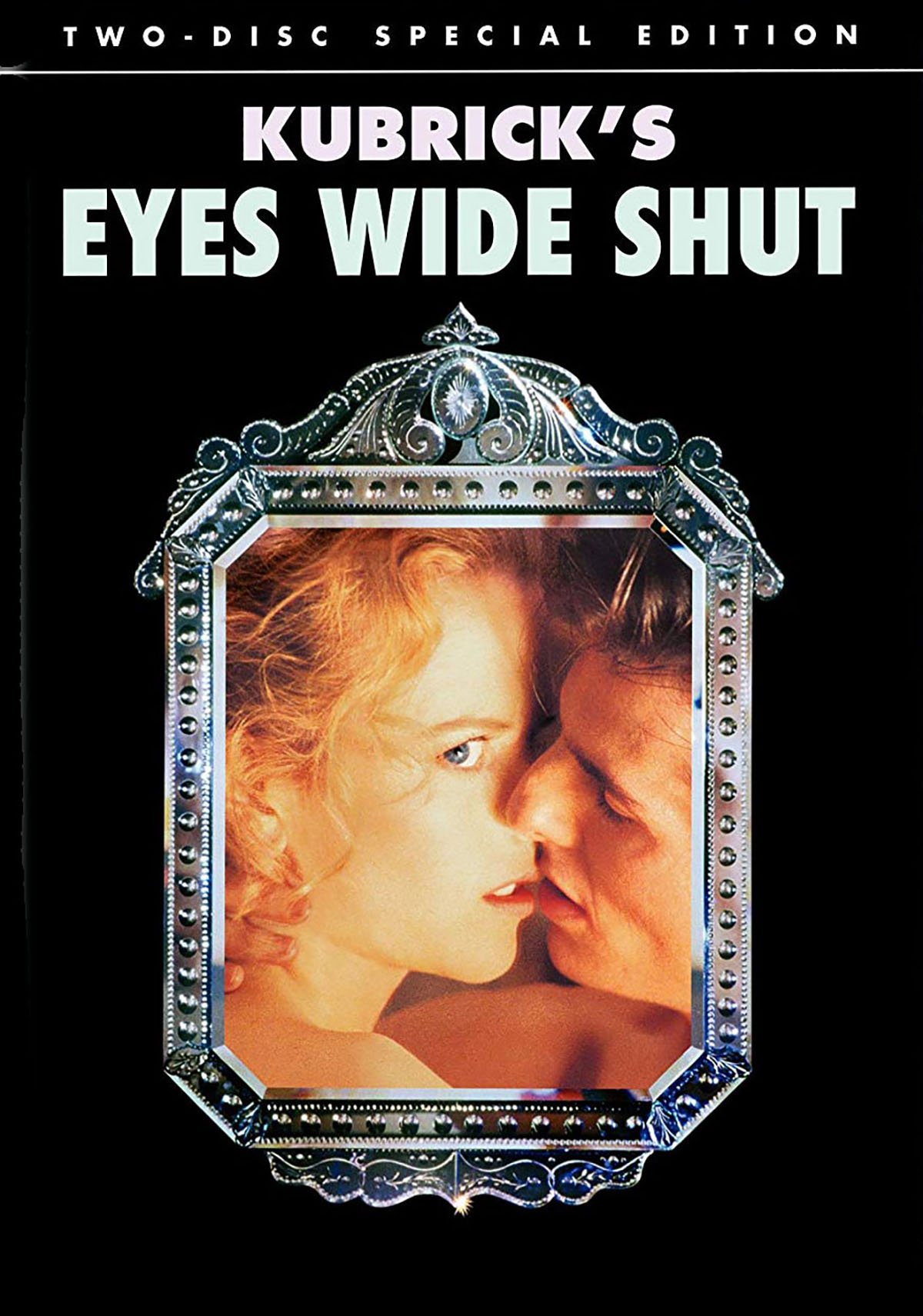 Misunderstood as a psychosexual thriller, Stanley Kubrick’s final film is actually more of an acidic comedy about how Tom Cruise fails to get laid. His character, Dr. Bill Hartford, has an intense argument with his wife, Alice (Nicole Kidman), about fidelity and sexual fantasy, then flees into the night and is met with one opportunity after another to screw around. His first stop is a late-night house call where the patient’s daughter (Marie Richardson) hurls herself into his arms and professes her undying love for him. Then he’s propositioned by a gorgeous hooker (Vinessa Shaw), and on the way to a masked ball, he’s winked at by the lascivious teenage daughter (Leelee Sobieski) of a costume shop’s proprietor. Each time, he awkwardly gets distracted. When he finally arrives at the clandestine party, he’s surrounded by hordes of naked women, all with sculpted bodies and their identities concealed by elaborate facemasks. He finally retreats home only to have his wife share with him, in graphic detail, her dream about attending an orgy and being fucked by hundreds of men while he impotently watched from a distance. Bill, haunted all throughout his evening adventures by paranoid daydreams of Alice having frenzied sex with a stranger, collapses on the bed, thus ending his failed odyssey. And that’s only the first half of Eyes Wide Shut, with more humiliation yet to come.

Kubrick handpicked Cruise and Kidman for the roles of Mr. and Mrs. Harford, an attractive and incredibly wealthy Manhattan couple. The actors were married at the time and are glamorous movie stars. As much as celebrities take great pains during interviews to explain that they go grocery shopping, cook breakfast, spend quality time with their children, and strive to live ordinary lives, you take one look at Cruise and Kidman and realize there’s as much difference between “them” and “us” as there was between Adonis and an average plebian. The great joke of Eyes Wide Shut is that the star with the megawatt smile plastered across the covers of tabloid magazines as the sexiest man alive is made to run around the streets like a jerk, desperately in need of a good fuck. There’s been ample criticism that the streets of New York City look nothing like the sparse netherworld depicted in Kubrick’s film, and that many of the actors seem to be speaking their lines at sleepy half-speed, both of which seem like mannered devices to take us out of so-called reality. Cruise has made an entire career out of trying to act like a real human being, instead resembling a machine that’s pushing itself into overdrive trying to convince us that it’s able to muster up true feeling.

The first time we see Alice, her back is to us as her dress falls to the floor. The character of the wife, and Kidman herself, are codified immediately as objects of lust and desire. In effect, this transforms the male part of the audience, as it were, into those shy pool boys who wander around ogling girls in their swimsuits. But Kubrick, ever quick with his scathing sense of irony, makes a terrific counterpoint in our second glimpse of Alice. On a different night, Bill searches the apartment for his lost wallet. She’s just getting off the toilet, wiping herself. It’s a crass image, and why not? In magazine articles, these superstars continually say they try to live lives like ordinary human beings, so why not place that right in front of the camera? If there were any doubt about the comedy of the scene, Alice continues the farce by asking Bill how she looks. “Beautiful, like always,” he says, gazing at himself in the mirror as he straightens his tie.

In her first of many blistering monologues, Alice harangues and jeers through a laundry list of basic gender politics. The husband and wife were smoking a little pot to help get in the mood, but a few dunderheaded, stereotypically male comments from her husband send her into a fit of giggling contempt. Though it’s fun to watch her gyrating across the room, pinching her tits, and speaking in a little-girl voice to emasculate Bill, when she finally sits still, she’s absolutely captivating. She recalls a brief encounter she had with a handsome naval officer sitting across the dinner table from her during a visit to Cape Cod. Though absolutely nothing happened beyond fleeting eye contact, she confesses that it was enough to trigger the thought that she wanted to abandon her husband, her child, her entire life. Using the low angle he favors during moments of extreme, internalized mania, familiar from a half-dozen of his other films, Kubrick brings out a feral, heretofore unseen quality in Kidman. While the actress, like Cruise, doesn’t convince as a naturalistic human being, she does reveal a kind of greedy, hungry, willful sense of entitlement—the dark side of the celebrity queen.

There are basically two types of performances in Kubrick’s films. On the one hand, you have the explosively manic, wonderfully hyper-real performances of Peter Sellers in Dr. Strangelove or: How I Learned to Stop Worrying and Love the Bomb, Malcolm McDowell in A Clockwork Orange, and Jack Nicholson in The Shining. But at the other end of the spectrum are actors as ciphers whose emotions remain somewhat inscrutable. Think of Ryan O’Neil in Barry Lyndon, who, like Cruise, was a major star when Kubrick made that film. It forces the audience to project themselves onto them. Cruise falls into this category by default, and is the one we’re meant to follow throughout Eyes Wide Shut. Per usual, the director is more comfortable following men, obsessed with the predatory male gaze. The situations Cruise finds himself in say more about the character than he does as an actor, and it all works because this superstar is playing a buffoon mystified by women and sex. It’s appropriate when, during a climactic scene where Bill has to face the consequences of his actions, one of his friends (Sydney Pollack) tells him, “You’re in way over your head.”

If the film seems to be a morality play drifting along with the erratic rhythms of a dream, then it raises the question of what is the moral, and how much we’re meant to relate to these nervous cosmopolitans. We might not be able to plug into these lives of posh apartments and lascivious fantasies without that dreamlike element, which is all courtesy of Kubrick. He dissolves between scenes, liberally zooms into revealing close-ups on faces, and frequently incorporates an intense piano keyboard to obsessively hit the same pattern of notes—all elements that keep Eyes Wide Shut from feeling like we are just spectators observing the behavior of the spoiled and rich as we would zoo animals. We remain mystified, and perhaps that distance also enables us to laugh at Bill and Alice’s love-struck, paranoid foibles. The final scene between Bill and Alice, during their holiday shopping, has the various noises of the store gradually recede so all we’re left with are the voices of the husband and wife, almost like ghosts. When he proclaims they will love each other forever, she remains ambivalent. And though Kubrick remains caustic about the nature of the human heart, and the way romantic partners lie to one another in order to survive, he still has Alice state that, ultimately, if they survive these adventures, they should be grateful. Like Eyes Wide Shut, it’s a response that’s beautiful, strange, and perhaps even willfully artificial.

The colors and image quality are vibrant and clear. The audio tracks are well modulated, with an excellent balance between dialogue and the piercing score.

There’s an intense mystique around the life and art of Stanley Kubrick, and that renders him a difficult subject for documentaries. It’s easy for interview subjects to fall into a kind of wide-eyed hero worship, or banal academic theorizing. During the interviews with Tom Cruise and Nicole Kidman, who delve into their working relationship with Kubrick, their thoughts and feelings about the project, and their shock at his untimely death, they seem as if they’re recounting a mysterious dream. Steven Spielberg, who went on to direct the abandoned Kubrick project A.I. Artificial Intelligence, comes off well during his short interview, not placing the master on a pedestal but regarding him as a friend and colleague. Spielberg claims that on his first viewing he didn’t like of Jack Nicholson’s hyper-real performance in The Shining. Kubrick asked Spielberg to pick his top five actors of all time, which included Spencer Tracy and Henry Fonda. “Ah, but you didn’t pick James Cagney!” Kubrick rebutted, using that example as a more pronounced, vivid acting style that goes beyond humdrum naturalism. The anecdote, in microcosm, illustrates the specific nature of Kubrick’s taste.

The featurettes are accompanied by lofty, angelic soundtracks that seem to underline over and over again that Kubrick was a genius, which quickly becomes grating and insufferable. The subject matter remains intriguing. In “Lost Kubrick,” it’s fascinating to think about what could have been with regard to his unfinished Napoleon project and an exhaustively researched project about the Holocaust. The featurette on Kubrick’s last movie recycles the Kidman, Cruise, and Spielberg interview footage found elsewhere on the DVD and also offers sentimental anecdotes from executive producer Jan Harlan and members of the filmmaker’s family. For Kubrick in all his arrogant intellectual glory, check out his videotaped acceptance speech for the D.W. Griffith Award-preceded by Jack Nicholson finding it too funny that Kubrick would suggest the Icarus myth is not about overreaching, but about how you need to build better wings.