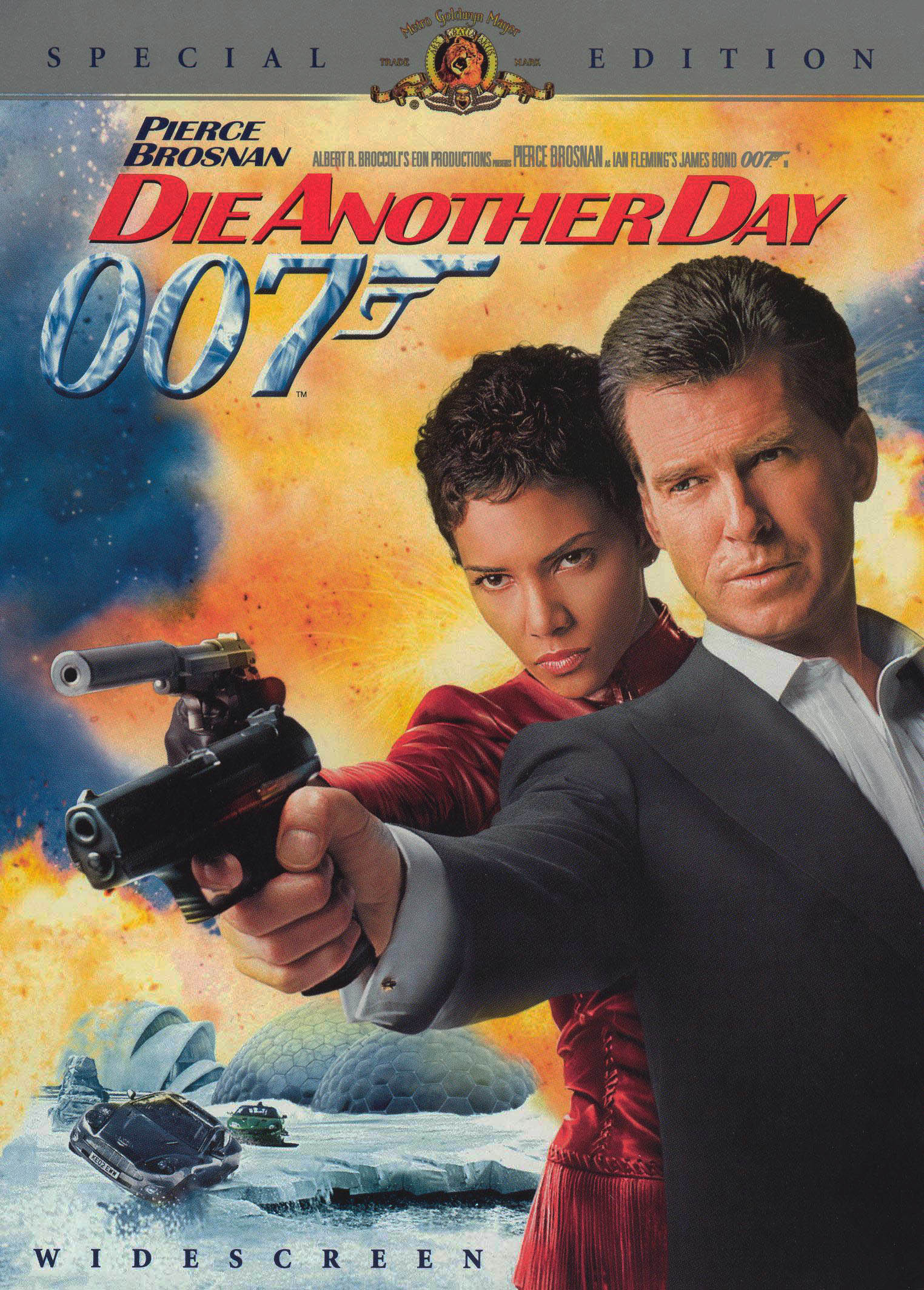 After Bond (Pierce Brosnan) gets caught by the enemy in an Axis of Evil hot zone, M (Judi Dench) and the rest of her alphabet spy squad secure his release by giving the Koreans a blue-eyed Asian man with a very expensive face. “One man’s terrorist is another’s freedom fighter,” says the great Emilio Echevarría’s Cubano. That’s as deep as Die Another Day is willing to get—then again, Bond has never been known to mix politics with pleasure. This 20th Bond flick features the usual country-hopping (represented here: North Korea, South Korea, a dance-happy Cuba, Great Britain and Iceland), assortment of gadgets and skimpy outfits for the ladies. Everything has a detonation switch, and as such something is exploding on the screen at any given movement. For the Bond aficionado, the fireworks may not be enough to hide the fact that the film’s toys look awfully familiar—that so many of the film’s sights and sounds (satellites, laser beams, etc.) bring to mind Dr. No may mean that it’s time to put 007 to rest. On the Bond Girl Richter scale, Halle Berry must fall somewhere near the bottom. She’s good with a gun and knows how to emerge from the ocean but in allowing her to kick ass on equal ground with Bronson, director Lee Tamahori may empower Berry physically but he still manages to give her all the degrading dialogue. (After her gratuitous Swordfish and Monster’s Ball stripteases, Berry has curiously decided to keep her clothes on.) As Verity, a British fencing instructor, Madonna seems to be in her own element here. Her exit line (“I don’t like cockfights”) not only suggests that she may have been unavailable for a second day of shooting but that the entire film’s dialogue could have been coined from pieces left over from her Erotica album. Fast cars, loose women and double entendres have kept James Bond in the public eye for nearly 40 years. Nineteen films after he first made his appearance in Dr. No, 007 is still a walking cliché. The collection of clever quips on parade here are both tiresome and predictable (big points, though, for the Asian masseuse who calls herself Peaceful Fountains of Desire). And with there being no end in sight to Mike Myers’s Austin Powers franchise, how will James Bond now reconcile that he’s become a parody of a parody of a parody?

MGM Home Entertainment presents Die Another Day in its original 2.35:1 anamorphic widescreen on this DVD edition of the film (a separate pan & scan version is available). This is an incredibly handsome transfer-that is, if you can get past the shocking amount of edge enhancement that’s present in just about every other scene. Despite this major flaw, blacks are rock-solid and flesh tones are remarkably warm. Interestingly, the opening surfing sequence and the later scenes in “Cuba” struck me as the best-looking parts. A supplemental feature on this two-disc set’s second disc reveals that both those sequences were digitally graded. As for the Dolby Digital 5.1 EX and DTS 5.1 ES Surround mixes, they really need to be experienced to be believed. It’s so good, it’s almost worth sitting through this genuinely terrible film just to take it all in.

Disc One. Director Lee Tamahori and producer Michael G. Wilson exhaust the use of the word “obligatory” on their commentary track, which is a good thing because they seem to recognize the inherent silliness of the Bond franchise. Pierce Brosnan and Rosamund Pike provide less insight on their commentary track but they’re also much livelier, especially when they drool over Madonna. Rounding out the first disc is an MI6 DataStream trivia track-basically a convoluted way of saying that you can watch the film with a nifty proto-VH1-pop-up-video feature. Disc Two. A seven-part “Inside Die Another Day” documentary combines, um, obligatory junket footage of the film’s actors with an impressive array of behind-the-scenes footage from the film. Focused segments: “Intro & Surfing,” “Hovercraft Chase,” “Cuba,” “Quartermaster,” “Ice palace,” “Car Battle” and “Post Production & Finale.” The two least interesting features on the disc are a series of scene evolutions (a.k.a. storyboard comparisons) and inter-action sequences (a.k.a. multi-angle explorations) that once again beg the question: who in the world is interested in this kind of stuff? (The multi-angle explorations are best taken in with the four-camera composite option turned on.) Now the good stuff: an accessible (and very trippy) title design breakdown sequence set to a remix of Madonna’s “Die Another Day” and a digital grading featurette that quickly and succinctly explains how footage from the film was converted from night-to-day (and vice versa) in the effects room. For Madonna fans, the video to “Die Another Day” is also included, as is a making-of featurette that’s not to be confused with MTV’s “Making the Video” coverage of the video’s production. Rounding out the second disc is an image database (a.k.a. photo gallery), an equipment briefing featurette, a mini-featurette on the making of “007 Nightfire” and a collection of trailers and TV spots.

Terrible film, but you know the DVD is going to be good when the interactive menus all but have sex with you and a group of CGI women come together to form a DNA strand’s double helix.

DVD Review: Dead of Night and Queen of Spades on Anchor Bay Entertainment