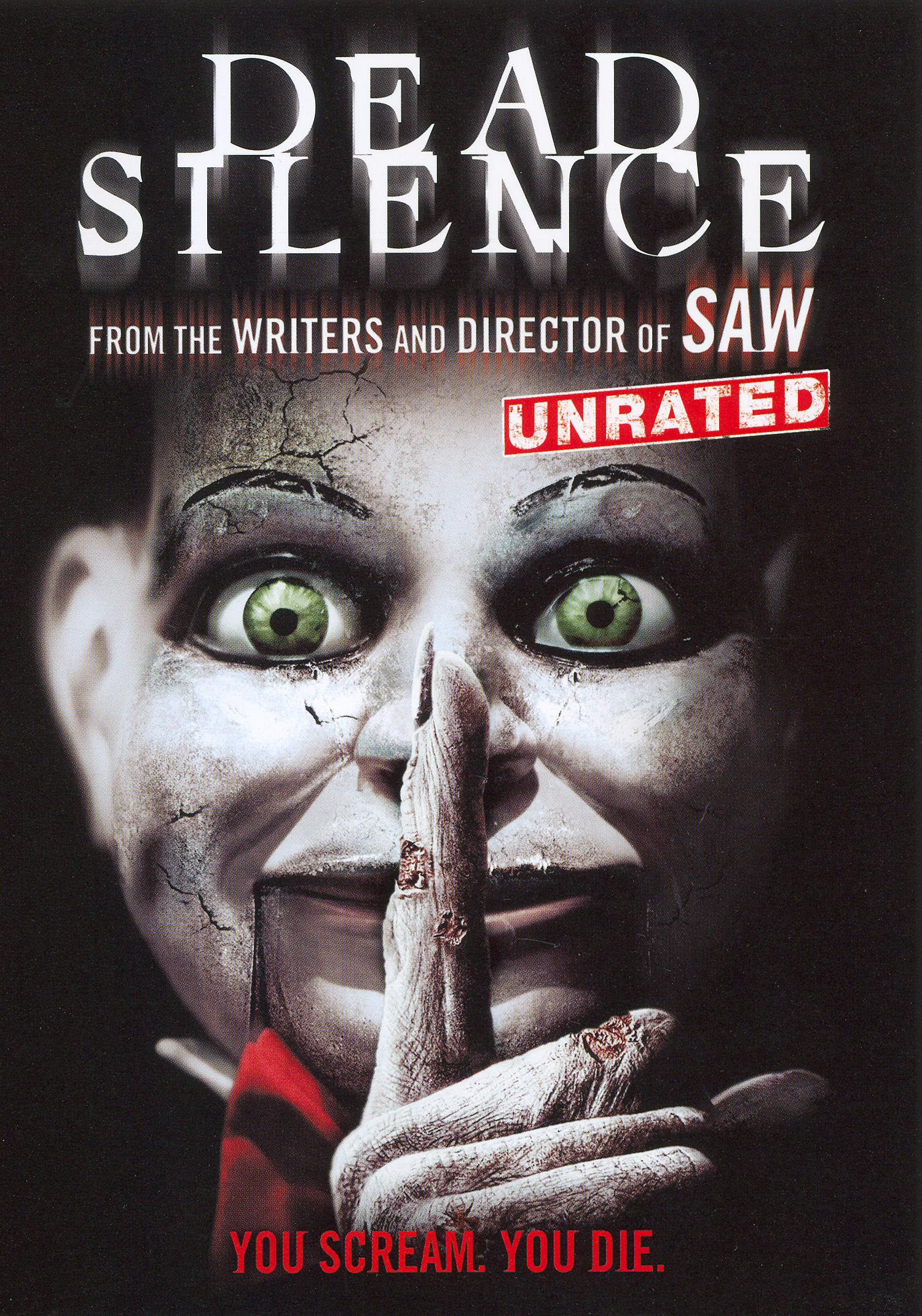 As unintentionally campy and MST3K-worthy as it is, the original Saw will always hold a tender place in my heart, it being the first movie I saw after George W. Bush was reelected elected president in November, 2004; under the circumstances, James Wan’s contrived story of unwitting individuals forced to succumb to self-destruction in order to survive was nothing short of a pick-me-up. There’s no such luck for Dead Silence (his follow-up to the lucrative Jigsaw trilogy), a wannabe shock fest that awkwardly mixes the ghoulish sights and staccato editing of the lesser entries in the J-horror wave with more conventionally bombastic American conventions of recent years. Opening with the classic “A Universal Picture” logo of a model airplane circling the earth (littered with digitally inserted scratches and artifacts—lame!), it would appear that the film hopes to indebt itself to the expressionist qualities of James Whale and Tod Browning’s work, if only because Wan’s overwrought direction brings to mind the kind of filmmaker who attempts to emulate classic conventions through purely technical means. He lays it on thick, for sure, but without feeling and—even worse—without reason.

Jamie Ashen (Ryan Kwanten) is the lead suspect when his wife (Laura Regan) is found brutally murdered—her tongue ripped out not hours after a suspiciously unmarked package containing a classic ventriloquist dummy is dumped outside their apartment door. Vaguely familiar with the superstitions held in his hometown concerning ventriloquism and its infamous local practitioner, he returns to Raven’s Fair to investigate who killed his wife and why, dogged by an annoying officer (Donnie Wahlberg) all the way. Few in their right mind will be compelled to care about any of this, and who can blame them? The endless invocations of a poorly written nursery rhyme are enough to scare even seasoned horror buffs (the original Nightmare on Elm Street is possibly the only horror film to pull this tactic off), while Dead Silence truly, utterly plays out more like a 90-minute PlayStation cut scene more than anything remotely cinematic.

Unwaveringly obvious score? Check. Piss-poor visual effects? Check. Absence of character motivation, logic, or reason? Check. Pointless last-act plot twists designed solely to leave the audience with a case of blue balls? Check. This embarrassing display suggests the stunted repertoire of someone who loves the Resident Evil series but has never heard of the likes of George A. Romero or Lucio Fulci, and whose literary background is compromised more of R.L. Stein than Bram Stoker or Mary Shelley. Dead Silence is but one more stake driven into the heart of a genre being continuously deprived of its rich heritage—its title is indicative enough.

Would that the escalator-like effect on the exterior brick wall of Jamie’s father’s manse at the beginning of chapter six were intentional and not an example of just how far DVD technology still needs to go. Still, we must take the good with the bad and this is an admittedly solid DVD transfer, with top-notch skin tones and striking black levels even during the most synthetic sequences in the film. Dead Silence isn’t particularly noisy, at least not by the standards set by James Wan’s Saw, but the surround work is still meaty where it probably matters to those bent on buying it.

It’s bad enough that the bozos behind this movie were given money to begin with, now they’re given another platform to flaunt their lack of talent on a making-of featurette that has screenwriter Leigh Whannell freely admitting that his approach to horror, like Wan’s, is of the everything-including-the-kitchen-sink variety. Other extras included on this unrated DVD edition of the film is an alternate opening and ending, a series of deleted scenes, a superfluous featurette focusing on the (fake) legend of Mary Shaw, the evolution of a scene that probably could have been done without special effects, Aiden’s “We Sleep Forever” music video, and a trailer for Hot Fuzz.

One whopping minute longer than the theatrical version hardly anyone saw, Dead Silence is still one of the worst horror films ever made.