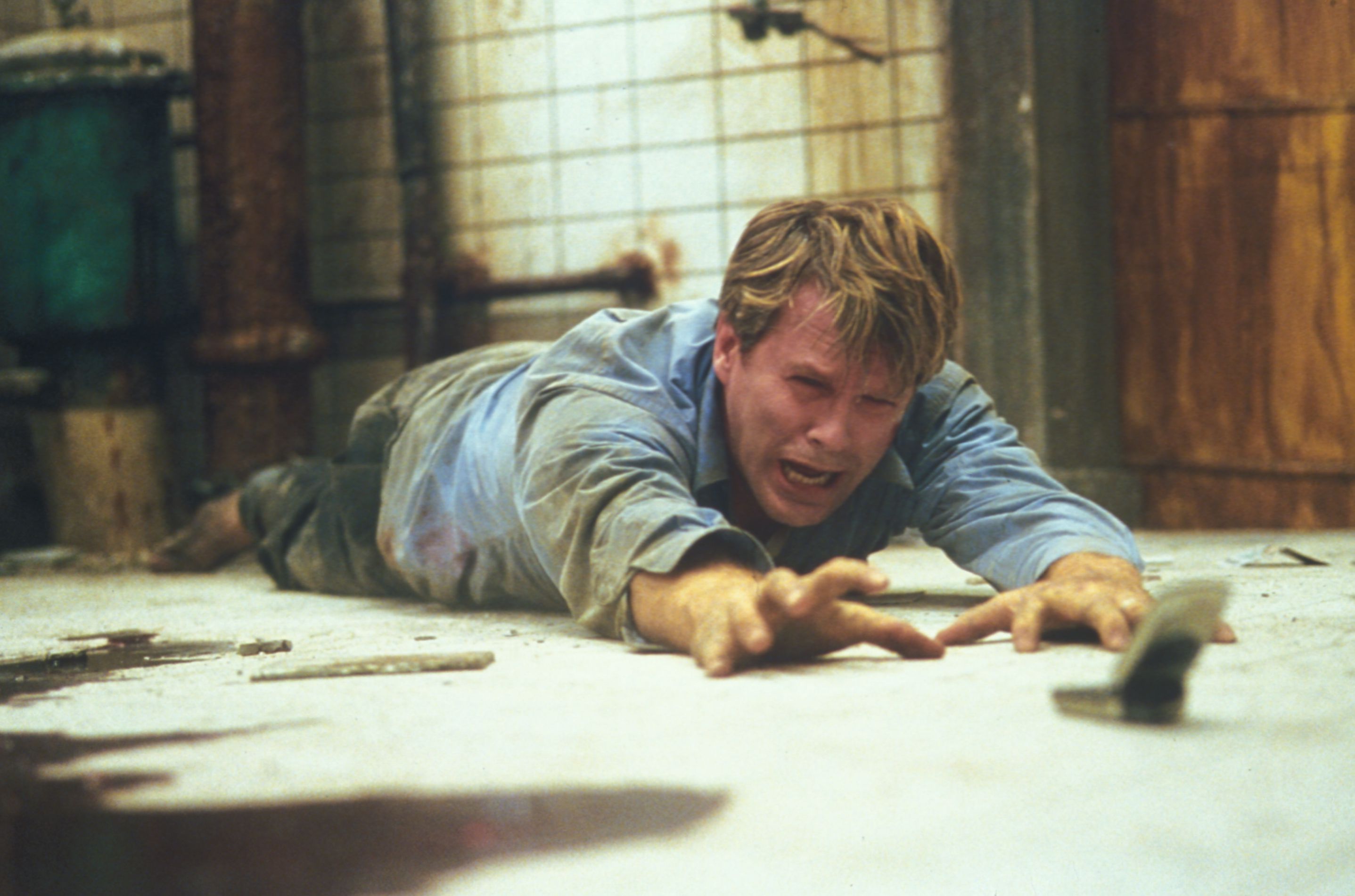 Your ankle is chained to the wall in an underground basement, with someone else on the opposite side of the room in the same predicament. You’ve been ordered to kill the other person within six hours. The items scattered around the room include a pistol with one bullet, a tape recorder, and two hacksaws that won’t cut through the stainless steel chains, but would do just fine on your ankle. This grisly little premise might have made a compelling short film, building toward its inevitable conclusion. Unfortunately, Saw is padded with flashbacks, backstory involving the two men (Cary Elwes as a prim doctor; co-screenwriter Leigh Whannell as a young photographer), their links to their unseen captor, and a wholly unnecessary subplot involving a dogged police investigator (is there any other kind?) played by Danny Glover. It’s a drag wading through the convoluted plotting when all you really want to see is how the two guys are going to get out of the basement, and how many limbs they’ll have once they do.

There’s a fine, memorable sequence involving Shawnee Smith as a nerve-frayed drug addict strapped in a chair, wearing a “reverse bear trap” mask over her face that will smash her jaw if she doesn’t find the key in 60 seconds. It’s a wonderfully spooky, sadistic moment akin to the best of Edgar Allan Poe. But contemporary horror is overwrought with gimmicks and unstoppable comic-book killers whose longwinded master plans and elaborate Rube Goldberg torture mechanisms have become a cliché unto themselves. Indebted to Se7en for its overly intricate murder scenes, as well as to Requiem for a Dream’s relentless music-video pacing, Saw doesn’t announce first-time director James Wan as a new auteur, but as a media-saturated copycat. With multiple twist endings, many of which require the characters to behave like idiots, Saw turns into an exasperating stunt a la The Usual Suspects. As usual, the twists exist for their own sake and aren’t grounded in character or theme. It creates an added layer of artistic pretension for a movie that should have stayed in the grindhouse.