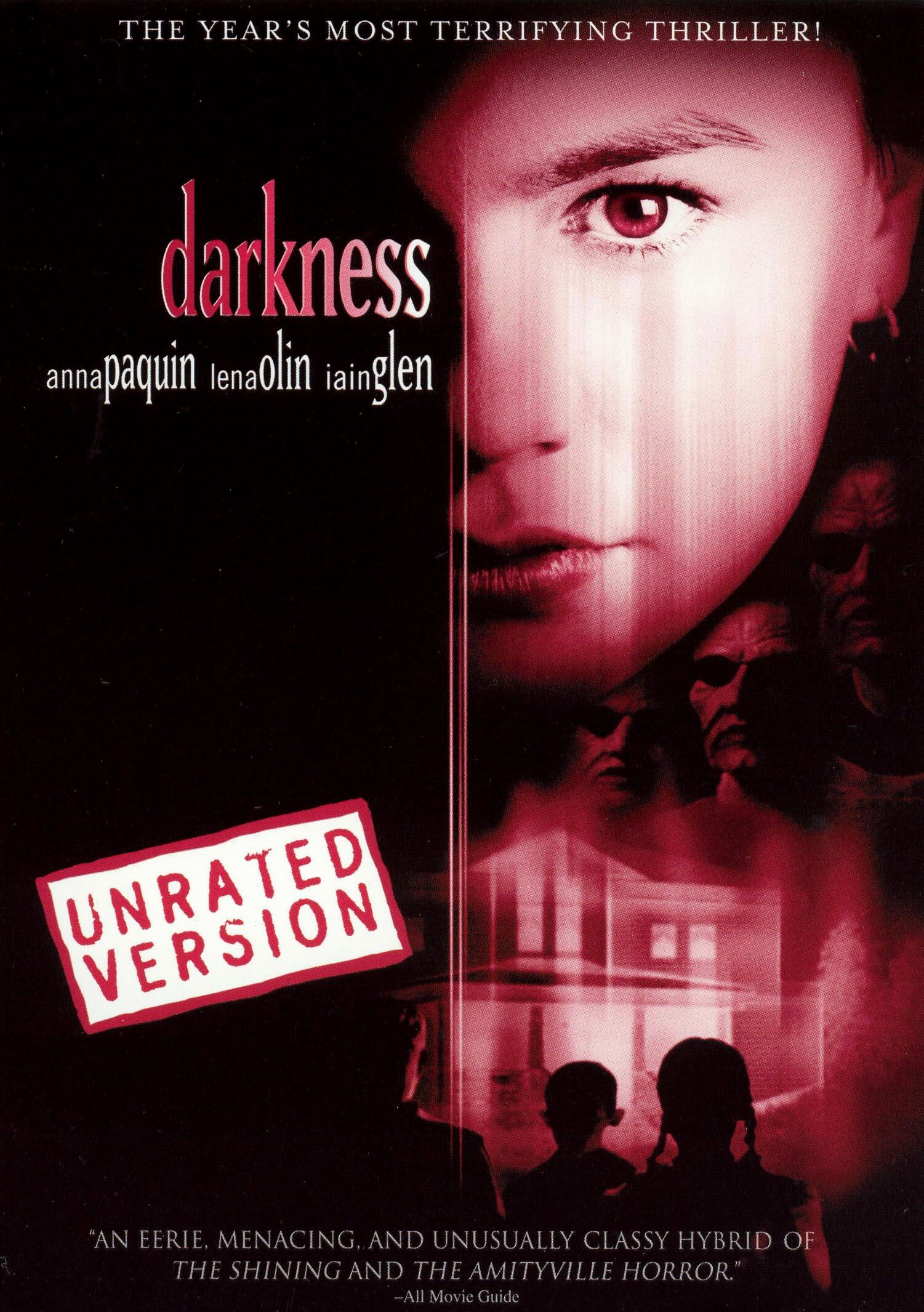 Forty years ago during a lunar eclipse, seven children disappear from the Spanish countryside under very mysterious circumstances. Only one turns up alive, telling strange stories no officer of the law could be bothered to investigate, which more or less permits the existence of Juame Balagueró’s ridiculous Darkness (or Nancy Drew and the Mystery of the House of Ouroboros). Forty years later, a family moves into a house in the same Spanish countryside, and suggestive of a Folgers Crystals commercial, their happy lives are interrupted when the lights begin to go out. Mark (Iain Glen) appears to be the sole survivor of the kiddie attacks detailed in the film’s opening sequence, and his ongoing trauma predisposes him to seizure-like episodes that resurface shortly before the looming eclipse. While his son Paul (Stephan Enquist) is forcing an existential connect with a box of colored pencils and the ghosts under his bed, his wife Maria (Lena Olin) is ignoring the strange markings that begin to appear on her little boy’s neck. Frustrated by her mother’s passivity, daughter Regina (Anna Paquin) decides to play the family psychologist, but when a creepy old man begins to hang around the house, she and her Spanish boyfriend, Carlos (Fele Martínez), discover that supernatural events may explain her brother’s child abuse and her house’s bad electricity. If there isn’t a scary moment in Darkness, which makes the upcoming Haute Tension look like an exercise in restraint, that’s because there isn’t a trope in the film that doesn’t feel as if it’s been stolen from someplace else. The film is neither as controlled as Alejandro Amenábar’s The Others or as spiritually-minded as Guillermo del Toro’s fever dream The Devil’s Backbone. As for the silly occult business that closes the film, it has none of the psycho-sexual urgency of Polanski’s paranoiac masterpiece Rosemary’s Baby or the delicious camp factor of his Ninth Gate, two films Balagueró is especially indebted to. Someone could argue that Regina’s struggle to fight the darkness becomes a defense of family, but there’s no real emotion to the story to give this interpretation much weight. Balagueró scare tactic of choice is having dark shadows run across frame, all set to really loud music cues, which means Darkness is yet another sign that horror films are going the way of Darkness Falls.

A vibrant but not necessarily attractive video presentation: more intimate, less visually kinetic sequences fare best (see the interior car scene between father and son), but much of the experience seems dogged by overly saturated colors. Sound, though, is top-notch: dialogue is clear and there’s enough screaming and atmospheric rain to keep J-horror fans on the edge of their seats.

Slim pickings: a behind-the-scenes featurette that wastes much of its four-minute running time on Juame Balagueró’s translator; a teaser and theatrical trailer; and trailers for Sin City and Cursed.

Should whet the whistle of any J-horror fan waiting for 2005’s The Amityville Horror to reach DVD. Sigh.

A Friend of the Family Review: An Alluringly Tangled True-Crime Story

DVD Review: Joel Schumacher’s The Phantom of the Opera on Warner Home Video