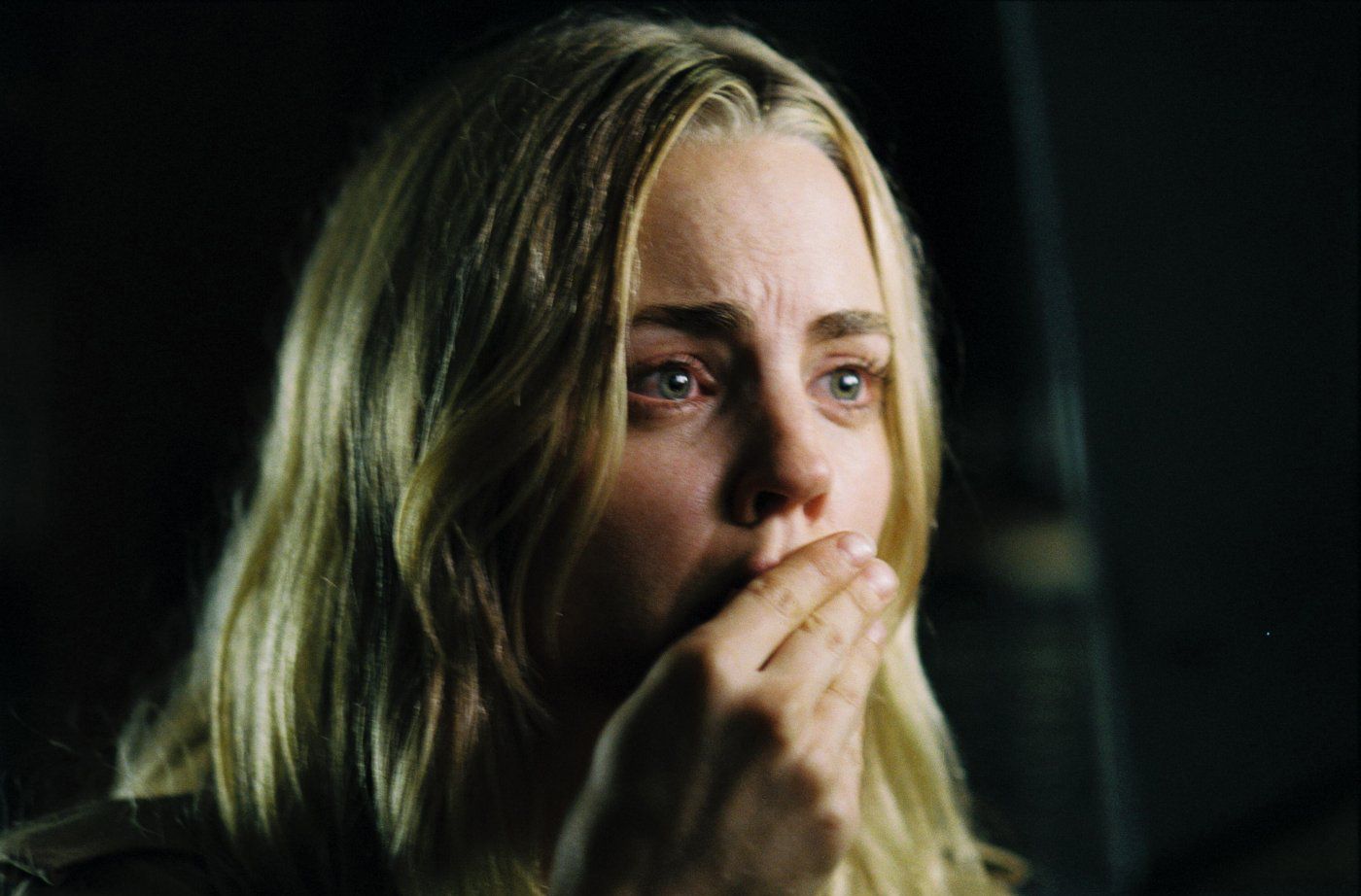 In 1979’s The Amityville Horror, it’s implied—through an off-the-wall apparition glimpsed in an upstairs window—that the ghost named Jody who spoke to the Lutz family’s little girl was an enormous pig with blazing red eyes. In the new, awful update of the iconic haunted house tale (produced by Michael Bay, who also financed 2003’s similarly lousy The Texas Chainsaw Massacre redux), Jody is now just a diminutive tyke with rotting skin who instructs young Chelsea Lutz (Chloe Moretz) to prance about on the towering mansion’s pointy roof. This replacement of irrational otherworldly imagery with a safe, comprehendible portrait of the supernatural reeks of reductive, lowest-common-denominator pandering (as usual, mainstream Hollywood fare exhibits scant faith in its audience’s ability to cope with any potentially inexplicable material). Andrew Douglas’s moronic and flashy remake simply offers B-grade chills while resorting to convoluted exposition to explain the unnatural goings on at 112 Ocean Ave.

“Based on the true story” claims an opening title card, though on this new Amityville’s list of priorities, ensuring veracity ranks somewhere behind finding screen time for subterranean Native American torture chambers, hacked-up dogs, and demons who like to drench their earthly proxies in blood. As before, George (a serviceable Ryan Reynolds) and Kathy Lutz (Melissa George, looking much too young to be a mother of three) are newlyweds who get “the deal of a lifetime”—always a bad omen in the boogieman genre—to move into a Long Island home where, one year earlier, Ronald Defeo had murdered his family per the instructions of the voices in his head. During their 28-day stay, George goes bonkers, obsessively chopping wood, huddling in front of the basement furnace (thereby getting himself closer to hell), and snapping at Kathy’s three brats while listening to the manor’s “ketch ‘em, kill ‘em” chant. What’s really crazy, however, is the film’s fetishistic interest in Reynolds’s chiseled abs and its disposal of the original’s campy Father Callaway subplot—in which the malevolent house worked hard to keep Rod Steiger’s priest away from the Lutzes—in favor of reimagining the clergyman (played here by Philip Baker Hall) as an old scaredy-cat who turns tail and flees at the first sign of unholy activity.

Peter Lyons Collister’s color-faded cinematography exudes a creepy lifelessness, and director Douglas finds some black humor in a scene featuring a sexy babysitter (decked out in stripper attire) who gleefully frightens the Lutz boys with tales of the residence’s gruesome history. But by failing to even accomplish the seemingly simple task of generating more scares than its sub-par predecessor, this modernized Amityville Horror—a smorgasbord of strobe lights, screeching soundtrack noises, and silly specters—deserves little more than condemnation.