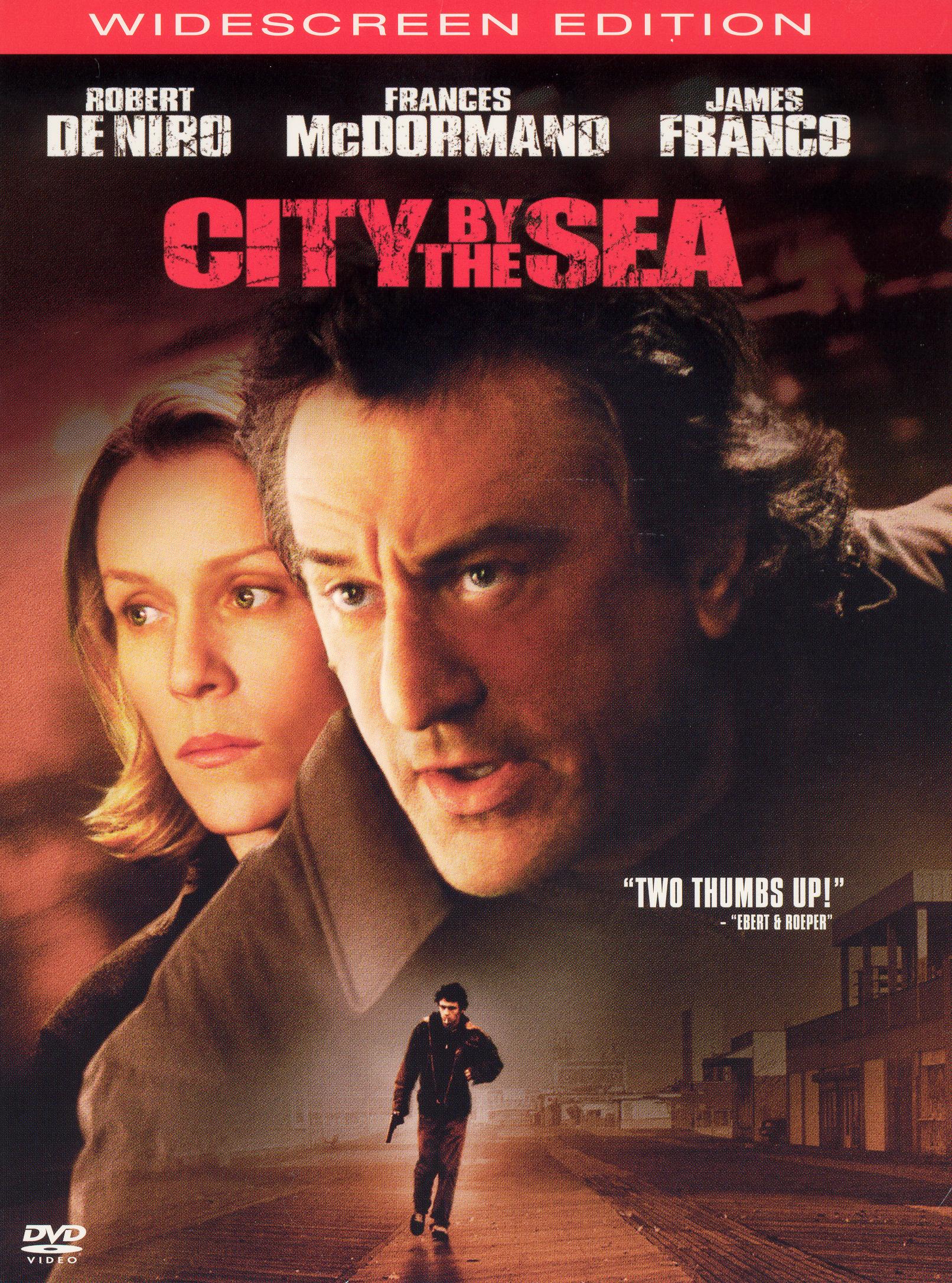 All the men in City by the Sea suffer from childhoods-without-fathers, but I’ve yet to figure out the reason for their overdone New Yawk accents. Looking pudgier than ever (and not in a Raging Bull kind of way), Robert De Niro stars as Vincent La Marca, a tough New York City cop who discovers that his son Joey (James Franco) is the prime suspect in a drug dealer’s murder. Joey, a dope fiend with no relationship with his mother (Patti LuPone), haunts Long Beach’s dilapidated seaside ruins like a ghost. He didn’t mean to commit the crime (he was strung-out and acting in self defense), but considering that his callous father walked out on the family 14 years earlier, the kid has very little reason to believe that dear old Dad will buy his claims of innocence.

When he was just eight, Vincent’s father was executed for accidentally murdering a child he had kidnapped for ransom, and his absence has haunted the veteran detective ever since. Repeating the sins of his father, Vincent abandoned Joey, who in turn has no relationship with his young son Angelo. Round and round the paternal regret goes as Vincent attempts to get over his past demons and find a way to save his son from the law, which believes that Joey has also killed Vincent’s partner Reg (George Dzundza). Fortunately, Vincent’s new girlfriend Michelle (the wasted Frances McDormand) is there to prod him whenever he gets the urge to bolt his familial responsibilities, and soon he discovers that an evil drug dealer named Spider (William Forsythe), not Joey, is actually responsible for Reg’s murder.

De Niro continues his streak of phoned-in performances (now at five in a row!) as the repentant La Marca. Even when he’s briefly on screen arguing furiously with LuPone—in what one might expect to be a match made in NYC acting heaven—their scenes lack the electricity this wearisome plot so desperately requires. Franco, meanwhile, is reduced to surreptitiously peering around corners and looking gaunt and fidgety, while Eliza Dushku (as Joey’s girlfriend Gina) can only muster a perpetual sneer. With the exception of one particularly embarrassing scene in which the camera swirls around an anguished De Niro, director Michael Caton-Jones handles this straightforward tale with competence. Ken Hixon’s screenplay (based on a newspaper article about a similar, but true, story), however, is committed to explaining every subtext through expository speeches. De Niro tearfully begs his son for a second chance by film’s end, and the eloquence of his rapid-fire sentiments, rather than being a cathartic expression of pent-up remorse, simply makes him sound like an actor reciting memorized lines.

As usual, Warner does a bang-up job with the DVD of a recently released film. The 2.35:1 anamorphic widescreen transfer features rich colors, deep blacks, exceptional image detail, and no ringing or haloing, with its only drawbacks being a few inexcusable specks of debris and a couple of instances of “shimmering” (i.e. where vertical or horizontal patterns inappropriately flicker). The Dolby Digital 5.1 soundtrack perfectly complements the disc’s video, with robust fidelity, clear and natural dialogue, and solid dimensionality. Directional effects are kept to a minimum and, with the exception of the climactic scene, primarily reserved for atmospheric purposes (rain, crowd noises), the rear channels frequently feature the film’s overcooked score, resulting in a pleasantly immersive experience.

The disc’s major supplemental feature is an unenlightening audio commentary featuring screenwriter Ken Hixon and producer Matthew Baer. The two discuss Mike McAlary’s 1995 Esquire article that Hixon used as the basis for the script, laud the performances of De Niro, Franco and McDormand to no end, and repeatedly state that the film is about the responsibility parents have to their children. By the time Baer points out that Joey’s mom is based on a real person, most viewers may have already tuned out. Better is the brief “Six Words About Filmmaking with Michael Caton-Jones,” in which the director talks about the rigors of making the film, working with his esteemed actors, and his personal filmmaking philosophies. Caton-Jones comes across as a friendly and knowledgeable guy, and it’s especially nice to find that, unlike his co-workers on the commentary, he doesn’t feel it necessary to talk for two hours about stuff that can be dealt with in an eight-minute feature.

Warner’s DVD looks and sounds great, which is more than can be said for De Niro’s City by the Sea performance.