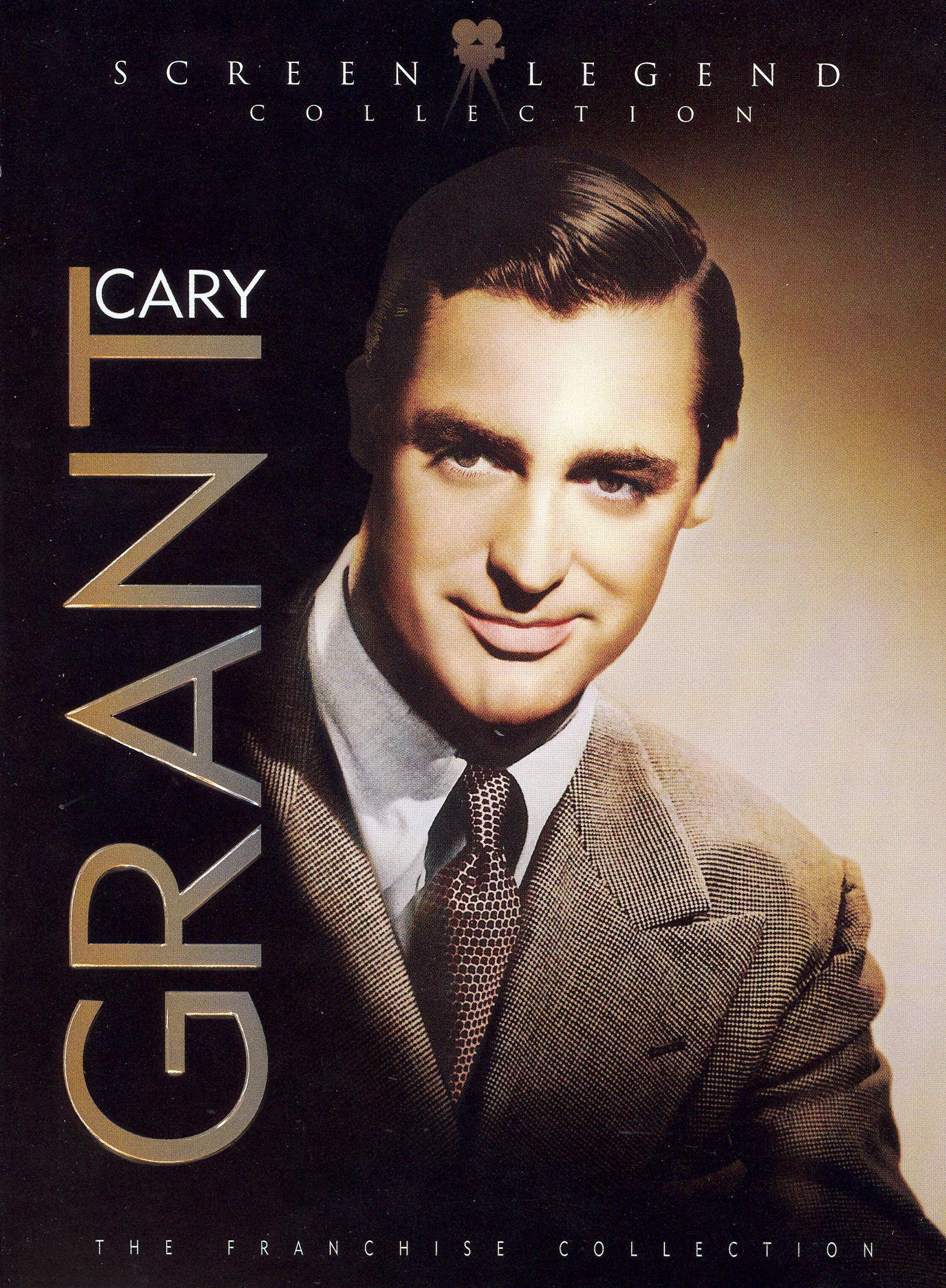 Cary Grant is the embodiment of what the movies, or at least Hollywood movies of the late ‘30s and early ‘40s, were all about: fantasy, fun, escape. A flawless comic technician, he registers as a phantom blur of black, thickly glossy hair, springy, athletic movement, and booming yet strangled vocal attack. Grant is close to being a filmic abstraction, the Platonic idea of a leading man, so constantly and dazzlingly in motion that he can never be pinned down for close scrutiny. Is he even really good-looking, or are we attracted and dizzied mainly by his impeccable clothes, his unmistakably classy but classless voice, his restless physical authority?

If we look as closely as we can at Grant, it is possible to discern what drives him: unappeasable rage. This rage is underneath everything he does on screen, and it keeps him dynamically tight, contained yet always leaping around—he’s never able to relax for an instant. His rage gives his fabled charm a murderous edge that was developed most disturbingly by Hitchcock, who proved Grant could just as well kill you as kiss you. Leo McCarey and George Cukor brought out the teasing playfulness that made him the idol of millions of women, turning him into a screwball, off-kilter first boyfriend who was only flirting with effeminacy. He seemed like he’d show a woman a great time at nightclubs, put a lampshade on his head to make her laugh, then kiss her at the door and go home to manly Randolph Scott.

As he grew older, he added “befuddled” to his arsenal of comic mannerisms, usually overdoing this quality, while his whinnying frustration, which seemed to signal his unreleased sexuality, narrowed into gray-suited crankiness and boredom, with saving glimpses of his hardened ironies. Perhaps his best part was the amoral newspaperman Walter Burns in Howard Hawks’s His Girl Friday, where he gave his anti-social tendencies full rein without losing a bit of his magician’s appeal.

The five early films in this Grant DVD set aren’t good movies by any stretch of the imagination, but they are valuable glimpses of his struggle to find his persona. Of his first 25 films, only three are of real interest: his two testing flings with Mae West and his Cockney bounder in George Cukor’s Sylvia Scarlett. Otherwise, he languished under contract to Paramount, who never saw what they had in him. Thirty Day Princess has a witty Preston Sturges script that seems like a rough draft of Easy Living, but Sylvia Sidney is too serious-eyed for her comic role, and she has no chemistry with Grant. This problem with chemistry will come up again and again in this set. Grant needed a woman to play against, someone who would challenge him, preferably a high-class lady like Katharine Hepburn or Irene Dunne. He was cast twice with Joan Bennett in two dismal films included here, Big Brown Eyes and Wedding Present, and she’s much too coarse and simple to interest him.

At the other end of the spectrum, Myrna Loy is too wry and complacent to get a rise out of him, and they’re stuck in a disastrous soap called Wings in the Dark, in which Grant’s aviator loses his sight, then has to go up in a plane to save Loy (yes, folks, he’s literally flying blind!). Kiss and Make Up is the most enjoyable film in the set because it has the nerve to be out and out trash, a sleazy leg and lingerie show in which Grant plays a cosmetics guru who proclaims, “Ugliness is a disease!” He tests his theories on a group of rather unfortunate looking girls who are billed as “The Wampas Baby Stars of 1934.” Grant even belts out a tune called “Love Divided By Two,” while his leading lady, Helen Mack, grapples with the ditty “Corned Beef And Cabbage, I Love You,” perhaps the worst song ever written.

During Grant’s Paramount years, two of the period’s premiere romantic comediennes, Carole Lombard and Claudette Colbert, were under contract to the studio. But they never got a chance to make a comedy with Grant—they were stuck with the far less talented Fred MacMurray. Such short-sightedness made Grant take his years in the long-term contract wilderness to heart, working as a freelance actor after his breakthrough in McCarey’s The Awful Truth (the fact that he was never signed to one studio is one of the reasons he never won an Oscar). In the 46 films that followed his break with Paramount, at least 20 are absolutely first-rate, and eight are imperishable classics (my tally: The Awful Truth, Bringing up Baby, Holiday, Only Angels Have Wings, His Girl Friday, The Philadelphia Story, Notorious, and North by Northwest). These early movies are just uninspired programmers, dues-paying jobs, but the last film, Wedding Present, does have an archetypal Cary Grant moment: When a cuckoo clock goes off unexpectedly in a quiet room, Grant shoots Joan Bennett a quick, knowing look. This sharing of delight in absurdity with a romantic partner was his key mode of intimacy on screen, and a daunting, seductive model for living. Very old and more than a bit senile, Katharine Hepburn was queried about Cary Grant, who had been dead for several years. She asked, “How’s he doing?” I can’t quite believe he’s dead either, and that’s because he isn’t—he’s as alive as Cagney, as shifty as Stewart, and more sheer, dependable, life-embracing fun than any other film actor.

The prints are grainy, and the sound is muffled and hollow, especially on Wedding Present, where Grant sounds like he’s underwater as he shouts in a newspaper office.

An interesting set for Grant completists.