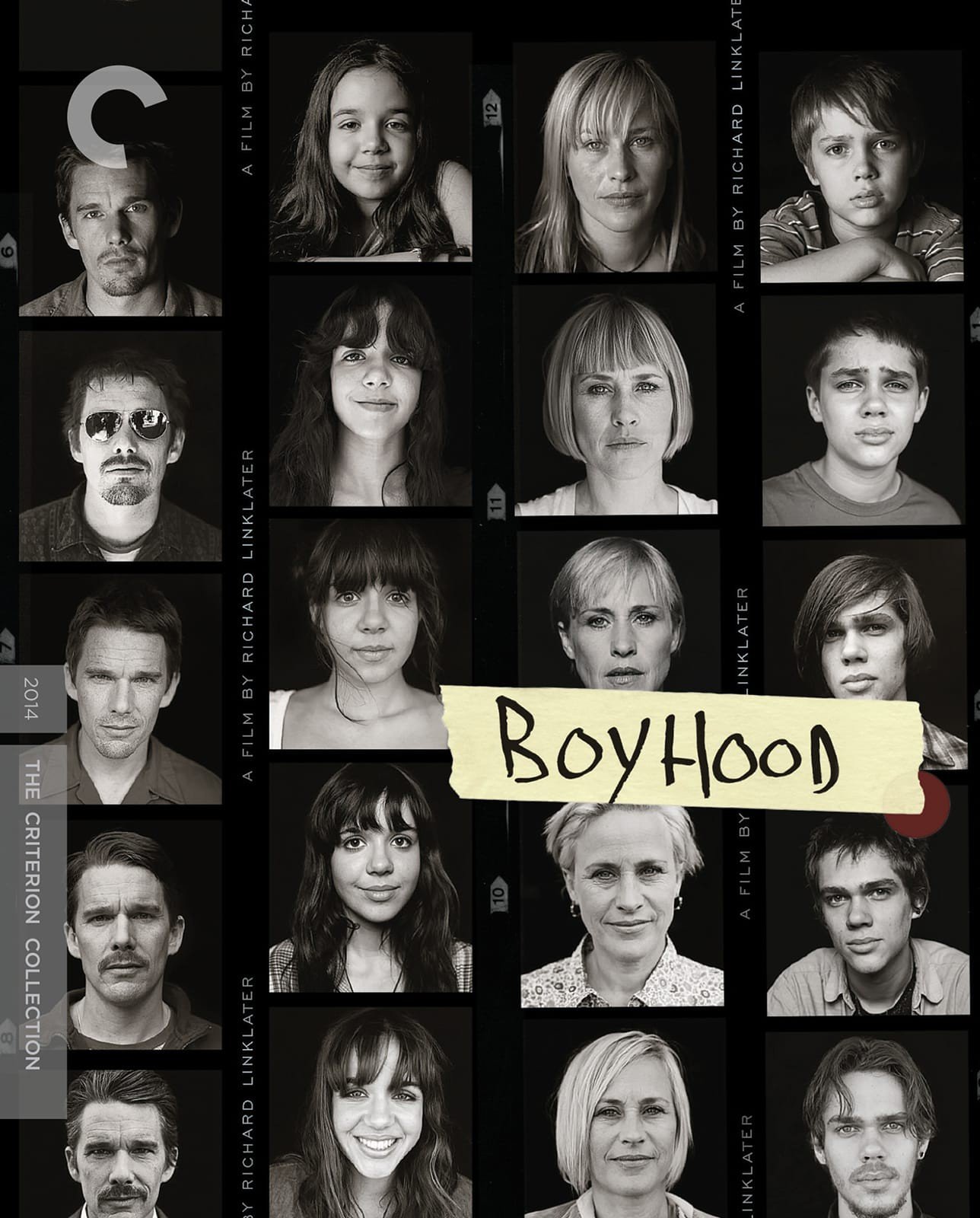 When it comes to the hoary old coming-of-age genre, Boyhood puts its emphases in altogether unexpected places. Rather than hinge on one pivotal point in time (as writer-director Richard Linklater did earlier with Dazed and Confused), the film’s episodic narrative spans 12 crucial years in the life of young Mason Evans (Ellar Coltrane). The idea to document the developmental evolution of a child isn’t entirely unprecedented, of course: Michael Apted’s superb Up series has charted the lives of a group of British schoolchildren every seven years since 1964, and François Truffaut returned to his 400 Blows alter ego Antoine Doinel several times over the next 20 years. But Linklater’s contemplative version of time-lapse photography eschews the obvious milestones in order to examine the quieter spaces in between.

The opening images provide a tangible metaphor for how to watch Boyhood: Mason sprawls in the grass gazing dreamily up at the changing configurations of the clouds. We’re invited to fashion a meaningful shape out of the film’s wealth of acutely observed details, just as we notice the resemblance between a cloud formation and an animal or some other object. Through studied attention to these specifics, the film often touches on the archetypal. The same principle extends to its construction: The architectonic events of Mason’s story are drawn from Linklater’s childhood, then refracted through the experiences of his actors. Boyhood could have just as easily been called, after the Gertrude Stein memoir, Everybody’s Autobiography.

There’s an ostensible through line between Mason’s proclivity to ponder and his eventual attraction to photography. While cinema is above all concerned with the irrevocable flow of time, a photo represents one solitary instant retrieved from the stream. A picture serves up that moment and invites us to ruminate over it, to shape it into whatever narrative we will, to imagine beyond the borders of its frame. That’s why film theorist André Bazin likened the long take—as close to still photography as cinema gets—to a window on the world. Of course, abiding with the moment, indicated by the use of long-take shots in many of Linklater’s films, has been an enduring concern throughout his career, but never quite so explicitly as it is in Boyhood.

In literature, there’s a genre known as bildungsroman, which could be described as a work about “the formation of a sensibility,” and Boyhood definitely qualifies as such a thing. But because the film withholds many of the conventional markers along the way to Mason’s maturity, we’re left to suss out the formative moments in his development. There are the negative exemplars he encounters along the way: Bill Welbrock (Marco Perella), the drunken stepfather; the bullies Mason runs up against in high school; the older boys he hangs out with, lobbing saw blades and talking shit about the ladies. And there are the more ambivalent examples of his own parents: Mason Sr. (Ethan Hawke), tracing out his own path from ne’er-do-well to socially acceptable “responsibility” (kid, minivan, steady job), and Olivia (Patricia Arquette), whose steady pilgrim’s progress through reeducation and a career in higher learning yields the despairing “I thought there’d be more!” as Mason prepares to set out for college.

Boyhood’s final shot affords an ideal bookend to its observational opening moments. Mason and fellow student Nicole (Jessi Mechler) sit on a bluff overlooking the Rio Grande. The river forms a natural border, and so they inhabit a liminal zone, an arena of betwixt and between, perched on the threshold of a new phase in life. After Nicole refutes the ever-popular carpe diem admonition with the realization that the moment more often seizes us, Mason delivers the film’s ultimate thesis statement: “It’s always right now.” He’s a little stoned, and he laughs it off a bit self-consciously, but it’s obviously meant to be taken earnestly. To seal the deal, Mason looks briefly right into the camera, returning our gaze, and inviting us to feel ourselves the objects of contemplation. This moment expands the film’s existential inquiry outward, beyond the frame of Boyhood itself, encouraging us to reaffirm with Socrates that the unexamined life is indeed not worth living.

Criterion’s 2K digital transfer looks nearly impeccable, save for some minor instances of noise noticeable in a few scenes. Color, contrast, and fine details are perfectly in keeping with the film’s naturalistic aesthetic. Because Richard Linklater insisted on shooting on 35mm film stock (even as that medium was edging toward extinction), there’s a sort of consistency to the image that shooting on several generations of HD digital would have squandered. The Master Audio surround mix lends some depth to the ambient sound design and impressively brings out the eclectic, mostly diegetic soundtrack.

On the first disc, there’s an audio commentary featuring Linklater and nine members of the cast and crew. The director presides over the track, naturally, but the other participants take at least a turn or two in the spotlight. Their free-flowing conversation never gets exceedingly chaotic, and there aren’t many dead spots throughout the film’s 165-minute duration. Not surprisingly, most of the anecdotes focus on the logistics of the protracted shooting schedule. The bulk of the supplements can be found on the second Blu-ray. Across the board, the topics of discussion tend to cluster around two poles: the unprecedented nature of the film’s production history and the deeply personal investment of the participants.

A making-of documentary, “Twelve Years,” revisits the film at regular intervals, providing behind-the-scenes footage and interviews. Two colloquies—a panel discussion with Linklater, Patricia Arquette, and Ellar Coltrane moderated by John Pierson and a more informal sit-down with Coltrane and Ethan Hawke—are very process-oriented. The latter also delve into their very different working relationships with Linklater, the unexpected impact of the film’s release, and some intriguing speculation about the nature of memory and identity. Michael Koresky’s visual essay concisely investigates the role of time and structure in Linklater’s films. Finally, “Through the Years” has cast and crew ruminating on the filmmaking process illustrated with Matt Lankes’s candid on-set photos and monochrome portraits.

Criterion showcases Richard Linklater’s longitudinal masterwork with a gorgeous HD transfer and an entire second Blu-ray’s worth of supplements.

Review: Turn Every Page: The Adventures of Robert Caro and Robert Gottlieb