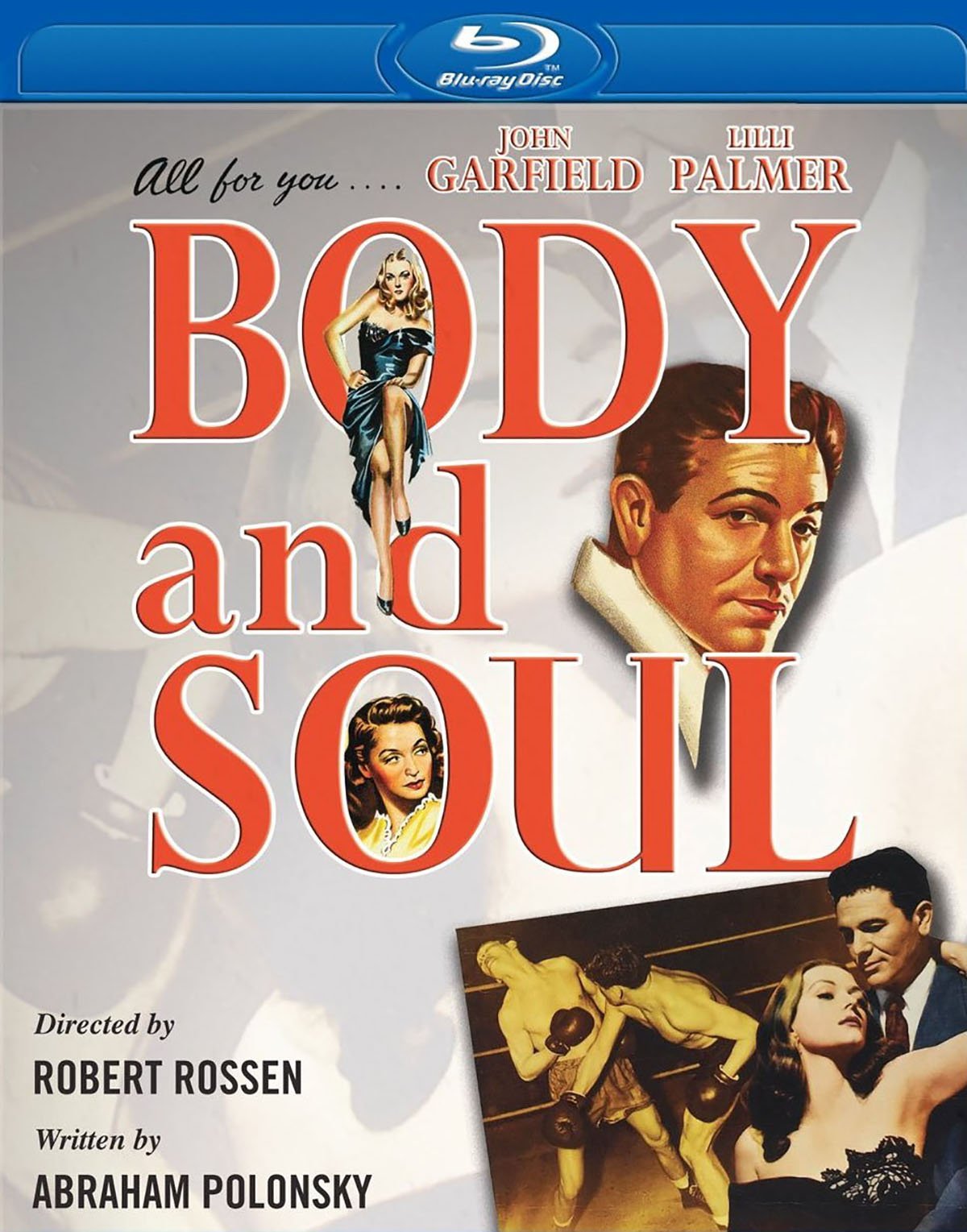 Like most of the cinema’s recurring images and sensations, there’s no precise “first movie” about the maladjusted, dissatisfied, wounded soul (usually a man, a brooding lion with a thorn in his paw), but the floodgates about this most serious of fellows seemed to open just after the WWII. The late 1940s and early 1950s witnessed the infiltration of the New York theater, Marlon Brando, Elia Kazan, Stanley Kramer, Robert Rossen, Abraham Polonsky, Nicholas Ray, and so on—directors, scribes, or actors whose meal tickets more often than not depended on their ability to write the counter-mythology to V-Day utopia. They asked, amid the fanfare and the ticker-tape parades, “Is this all there is?”

Deities such as Brando and James Dean were responsible for taking that particular ship into orbit, but John Garfield was a pioneer of sorts, as early as 1938’s Four Daughters, where his appearance in such a genteel trifle was no less jarring than a Martian invasion. That massive chip on that massive shoulder resurfaced several times afterward, most memorably in Howard Hawks’s Air Force, the original version of The Postman Always Rings Twice, and Jean Negulesco’s Humoresque. But it was his performance in Rossen’s Body and Soul, as the soul-burdened prizefighter Charley Davis, that ensured his immortality.

Using some of the same origin-story material as Humoresque, Charley Davis is a New York City kid, like Garfield himself, and, like his character in the Joan Crawford weepie, he’s got a terrific talent for doing things with his hands—only it’s knocking men out, not playing the violin. Using a flashback structure that no longer, by 1947, bewildered movie audiences, Body and Soul relates a (also by 1947) rather rote melodrama about a fighter who must choose between his values and his bankroll. Or, perhaps more lyrically, his mama or the mob.

Rossen’s direction of Polonsky’s script is resolutely televisual, in the sense that scenes are performed and shot in the manner of a live broadcast, the cutting a rudimentary tango between cameras A and B. Rossen rarely knows what to do when more than one actor is in the frame; with three or more, his compositional sense starts to disintegrate in apparent panic. Various departments acquit themselves honorably, however. Legendary cinematographer James Wong Howe donned roller skates to shoot the spectacular fight scenes; it’s widely acknowledged that, had he not done so, we’d have no Raging Bull.

The film’s most potent legacy, however, is the unfathomable—and extra-cinematic—sadness that surrounds it. While the cast and crew roster boasts no fewer than six names of men who’d go on to become either great or dependable directors on their own, the HUAC witch hunt took its toll on many actors and crewmembers. It can be argued that the blacklist was lethal for Garfield and co-star Canada Lee, both of whom succumbed to heart attacks in May of 1952, less than two weeks from one another. Body and Soul may have begun life as a prestige melodrama that aspired to be acclaimed for its depiction of the moral battles grown men must fight during peacetime, but it’s hard to see today without the dark cloud of real events that followed in its wake.

Winning on points rather than a more theatrical knockout, Olive Films’ Blu-ray of Body and Soul does a fine job in preserving the gabardine suit of grain from one of the most popular black-and-white melodramas from the immediate postwar period: The solid whites seem a bit eggshell to these eyes, but the more ubiquitous shadows are often blacker than octopus ink. The DTS mono track (the only sound option) presents the sound and score with workmanlike evenness.

For a film that’s almost been toppled over by its extra-cinematic legacy, a few supplements wouldn’t have killed Olive Films’ Body and Soul’s Blu-ray. But it’s a knockout on points, at least, with a strong transfer and a meaty mono track.