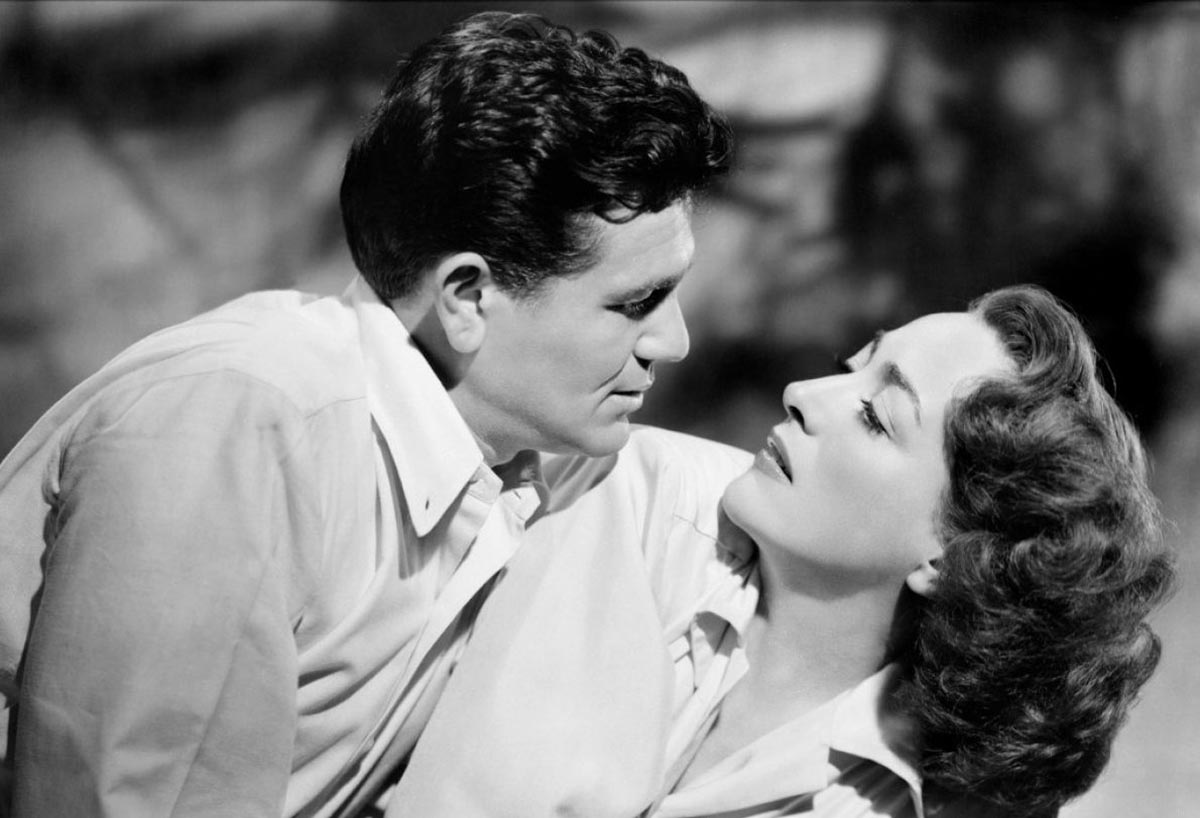 Jean Negulesco’s Humoresque starts out as the story of Paul Boray (John Garfield), a tough violinist egged on by his piano-playing friend, Sid Jeffers (Oscar Levant, whose wisecracking style seems to belong in a different movie). We’re nearly a quarter of the way into the film before Boray meets Helen Wright (Joan Crawford), a near-sighted, filthy rich, Peggy Guggenheim-style hostess/lush who falls hard for Boray after he saws his violin and insults her at one of her parties. “Bad manners, Mr. Boray,” she declares, “the infallible sign of talent!” Later, she takes him out to her favorite bar and asks, “Don’t you like martinis? They’re an acquired taste, like Ravel.” Those who are familiar with the once-lauded plays of Clifford Odets will find his hyperbolic, wondrously godawful style all over the dialogue (he co-wrote the script, stealing from his own play Golden Boy). Humoresque is jam-packed with classical music recitals, the usual cultural sauce Warner Bros. dribbled all over their ‘40s soap operas. During most of these programs, where Isaac Stern does Garfield’s violin playing for him, we are left to look at Crawford’s enraptured, sometimes sexual, always nakedly emotional reactions to her beloved’s playing (she even gives her program a hand-job while she stares at him). Never before or since has a player made love to the camera so blatantly, and cinematographer Ernest Haller’s lens seems to respond viscerally to Crawford’s shamelessly auto-erotic ardor as it creeps up closer and closer. Basically, Humoresque is a film about Joan Crawford’s face, that marvel of early make-up call architecture and brutal star self-will. Dedicated to making drunken self-loathing as glamorous as possible, Crawford’s Helen eventually takes an awe-inspiringly silly 10-minute death walk into the sea, accompanied by Wagner’s Tristan and Isolde and dressed in a glittering black Adrian sheath with football player shoulder pads. In this sequence, which truly has to be seen to be believed, Crawford takes her love affair with the camera to new depths; as it pushes in once again on her face, you can see her thinking, “Yes! Take me camera, take me now!” as the waves swallow her up. The camera even goes down into the ocean with her, where it gazes at pretty seaweed and the star’s final glug…glug…glug…out of camera range. Humoresque is overlong and artificial, but Crawford and Haller make it into a dreamy wallow in velvety masochism.