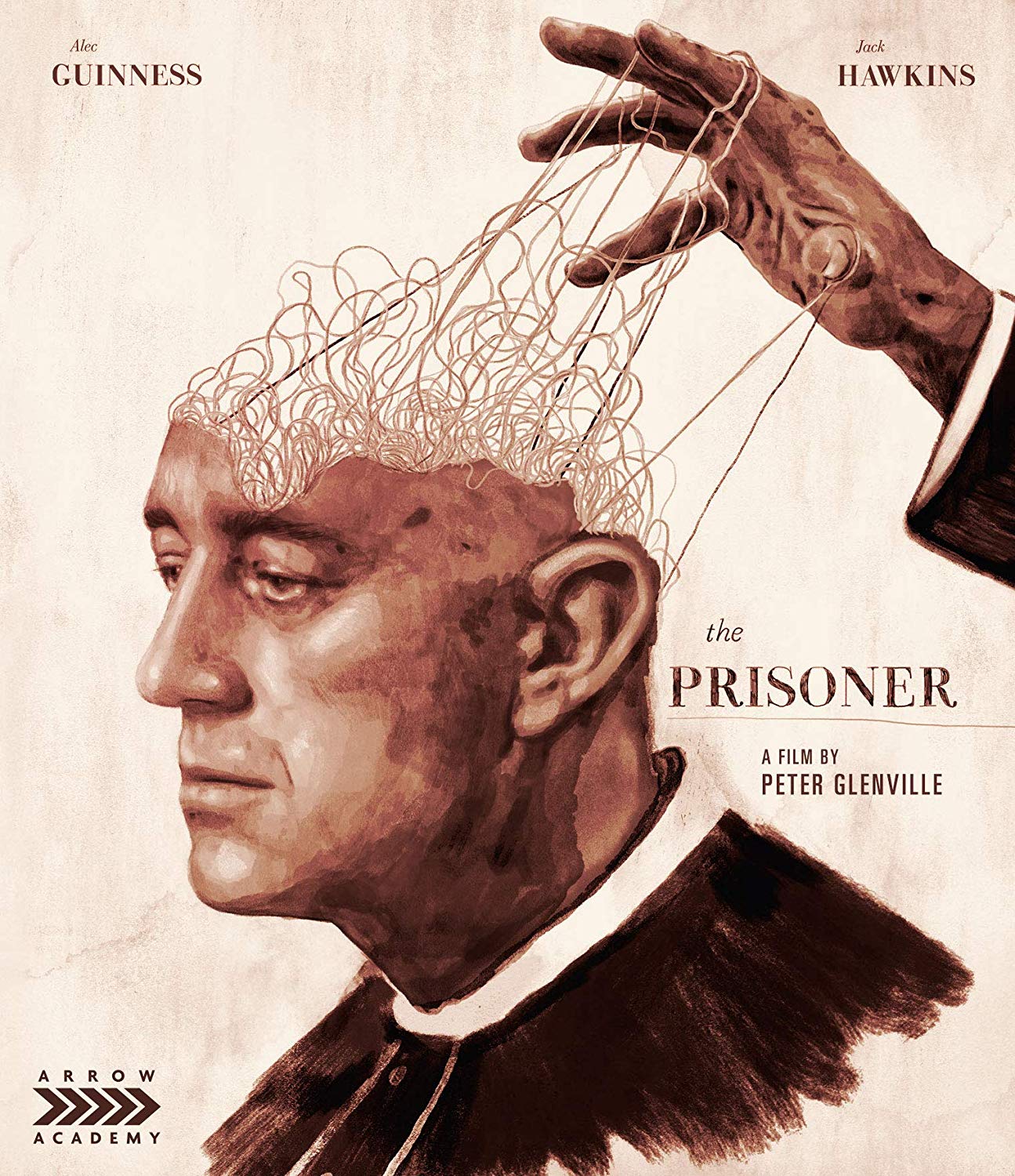 The overall significance of Peter Glenville’s The Prisoner, a two-hander interrogating the rights of religious freedom and political expression, falls squarely upon the perspective of the viewer. Upon its release in 1955, the film was banned in Italy for being anti-Catholic, and while it was rejected by the Venice Film Festival for being anti-communist, it was banned in Ireland for being pro-communist. While this somewhat ridiculous reception might seem humorous for its contradictions and hysteria, Bridget Boland’s screenplay feeds into a potential for multiple (mis)readings by not giving characters names or even having anyone definitively state, within the film, when or where the events are taking shape.

Situated in an unnamed eastern European country an undisclosed number of years after World War II, much of the film revolves around a cardinal (Alec Guinness)—a “hero during the resistance,” we’re told—being questioned by an interrogator (Jack Hawkins) about his potential affiliation with a treasonous group who opposes state power. Apparently, the two men were on the same side during the war, opposing the Nazis. Now, the interrogator has assumed a position of prominence within the new government, while the cardinal uses his pulpit to, potentially, disseminate irreverent messages against the new order.

The Prisoner, adapted by Boland from her own stage play, subtly configures its scenes around the possible volatility of the interrogation room. It seems, as the camera is positioned around the cardinal and interrogator as they converse, that someone bearing a word of warning or an instrument of terror could enter the central 360-degree space at any moment. The camera even moves upward at times, hovering over the two men as they square off on opposite sides of the interrogator’s desk. When the cardinal is escorted to an actual prison cell, with barred windows and jagged walls, the high-contrast lighting projects a gothic tone that gives depth to the framing. Cinematographer Reginald H. Wyer’s shots are never less than luminous, which allows for the film to transcend its theatrical origins.

One explicit predecessor for Glenville’s film is 1949’s Le Silence de la Mer, Jean-Pierre Melville’s chamber drama about a French couple who silently lend their hospitality to a German officer during WWII. Whereas Melville views the context of war as a means to experiment with form by having two mute protagonists speak only in voiceover, Glenville approaches the central tête-à-tête as a brawl of words, with the cardinal’s reserved but firm demeanor contrasting the interrogator’s stern but convivial sense of duty.

At times, though, and especially in its final third, The Prisoner falls prey to its overinflated sense of gravity, more drearily melodramatic than befitting the realist acting styles on display, especially as the cardinal’s suggestion of potentially enduring Gestapo tactics invokes the murder of a priest by Nazis at the conclusion of Rome, Open City. In fact, the threat of torture, both physical and psychological, is what looms over the film as its primary form of suspense. What the cardinal will endure—and to what extent it will be depicted—threatens to transform The Prisoner into an even grimmer experience than it’s already become. In the end, the film strains for credibility as it unconvincingly attempts to align itself with Italian neorealism and other, sharper works of political commentary from the postwar era.

While the image looks consistent in its quality, and certainly passes a low-bar threshold for HD acceptability, it’s evident that the finest remastering technology hasn’t been used to restore the film’s negative to its original beauty. Wide shots are especially harmed by the presence of image damage, making it harder than it should be for the viewer to appreciate the craft on display. The monaural soundtrack fares better, as there are no points where distortion or a lack of sound quality interferes with comprehending dialogue.

The supplements are a little thin, but they’re informative regarding the film’s production and how it was received around the world. Author Neil Sinyard takes particular interest in how The Prisoner fits within Alec Guinness’s career, outlining how his previous work in comedy hadn’t prepared audiences for his sharp turn into such heavy material. Bits of trivia, including Jack Hawkins’s role in convincing Guinness to take his subsequent Oscar-winning role in The Bridge on the River Kwai, should delight the actor’s fans. Critic Philip Kemp’s select-scene commentary only totals about 15 minutes, but its focus on shots and camera setups is an efficient, thoughtful explanation of the film’s variegated visual choices.

Review: Charles Burnett’s To Sleep with Anger on Criterion Blu-ray