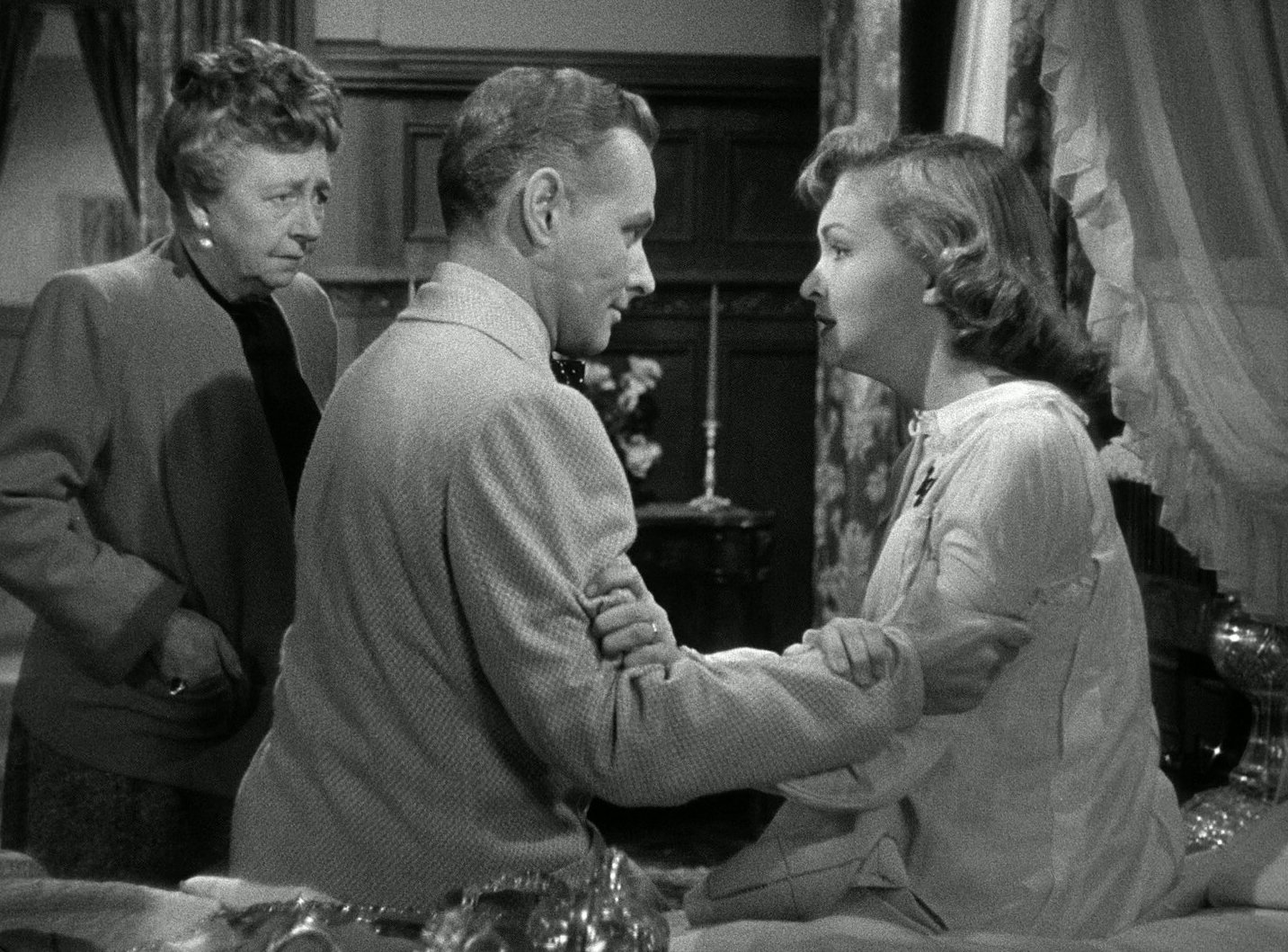 When, in 1975, Billy Wilder was asked by author and film historian Robert Porfirio about his conscious pursuit of a noir style, he scoffed at the question, replying, “As a picture-maker…I am not aware of patterns [across films].” Wilder, like every other studio director in the 1940s, had no idea of himself as an auteur, if only because the concept of authorship, like film noir, had not yet become a fluid component of any studio’s production methods. However, certain filmmakers, such as Joseph H. Lewis, did think of their studio work as being “artistic.” When the director died in October 2000, Time titled its obituary of Lewis “Art on a Budget,” emphasizing Lewis’s “wagon wheel” shot, a conceptual designation for the transformation of a nondescript scene into, as Lewis describes it, an artistic one.

Transformation, whether of theme or person, lies at the heart of Lewis’s cinematic identity. In 1945’s My Name Is Julia Ross, an aristocratic family lures Julia Ross (Nina Foch), a young woman seeking employment, into their mansion, then gaslights her into thinking she’s actually Marion, the wife of Ralph Hughes (George Macready), the sadistic son of Mrs. Hughes (May Whitty). In effect, Ralph and his mother use their power over doctors, lawyers, and other hired help to eradicate Julia’s identity and transform her into someone else. As in Hitchcock’s Rebecca, to which Muriel Roy Bolton’s screenplay owes a significant debt, the transformation is more psychological than physical, as Julia’s ability to remain herself depends upon those people around her agreeing that she is, indeed, who she claims to be.

Lewis uses Julia’s increasing desperation to escape from the Hugheses to stage remarkable individual shots that often capture Julia’s eyes in close-up or peering over someone in the foreground, as if probing for any chance to recapture her previous life. And this story about the loss of identity resonates with the terms of Lewis’s own filmmaking within a studio system designed to eliminate individuality, as various aesthetic idiosyncrasies distinguish My Name Is Julia Ross from more conventional genre work of the period.

If one were to consider My Name Is Julia Ross within the context of the “noir pantheon,” as Arrow Academy places it in the film’s cover description on their new Blu-ray release, the film’s gothic premise and female-driven perspective would seem to distinguish it more than a chiaroscuro visual style or urban setting. However, as Kristopher Woofter and Mario DeGiglio-Bellemare argue in Recovering 1940s Horror Cinema: Traces of a Lost Decade, genre films of the decade, ranging from film noir to horror to police procedurals, use similar stylistic devices to articulate their plots. In fact, the authors also mention the “paranoid woman’s picture” as its own subgenre utilizing these very stylistic tools. The irony in My Name Is Julia Ross, then, is that Julia’s paranoia is the product of her manipulation at the hands of those who view her as merely a cipher to be filled with their corruption.

Like My Name Is Julia Ross, 1946’s So Dark the Night could be categorized as film noir, but the designation becomes difficult to sustain given the oddities of the setting and the story’s sharp turns into something more resembling a tale of horror. Henri Cassin (Steven Geray), considered to be Paris’s greatest detective, takes a vacation to the French countryside where, upon his arrival, a string of murders throws the tight-knit community into chaos. Lewis directs the twisty So Dark the Night for maximum shock appeal, hinging the final turn of the screw on Cassin’s transformation from a heralded law enforcer into the subject of suspicion.

There are shades of Fritz Lang’s work in Lewis’s use of shadows and mirrors to indicate fractured identity, and as Cassin starts to doubt his own sanity, So Dark the Night becomes the inverse tale of transformation to My Name Is Julia Ross, prompting viewers to identity with a potential killer rather than the definite victim. In directing films from across genres and tinging his style with a certain je ne sais quoi, it’s no wonder that Lewis was considered a great director among various cinephiles and directors of the 1970s New Hollywood.

Joseph H. Lewis’s My Name Is Julia Ross and So Dark the Night are now available on Blu-ray and DVD from Arrow Academy.