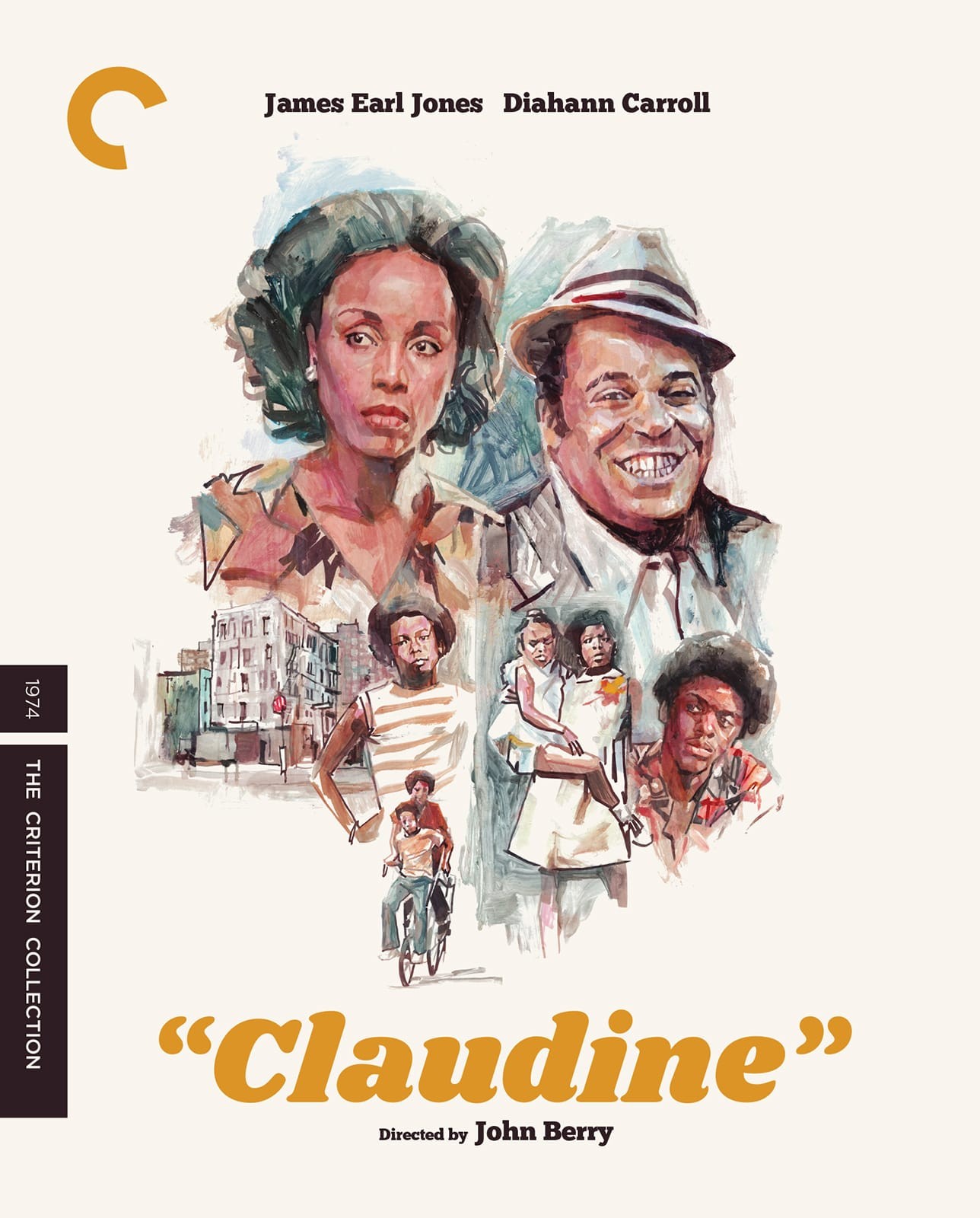 Frederick Wiseman’s 1975 documentary Welfare judiciously details the inner workings of a deeply flawed, woefully underfunded public institution, depicting the overwhelming influx of people who are constantly being forced to jump through hoops by the welfare system. Made just one year prior on the other side of Manhattan, John Berry’s Claudine tells the fictional story of a single mother struggling to meet the basic needs of her family and navigating the demands of that system. Where Welfare highlights the widespread failings of a bureaucracy seemingly designed to stymie most individuals’ attempts to benefit from its services, Claudine examines the rippling effects that those failings have on one family trying to survive in Harlem.

Responding to her new lover, Rupert (James Earl Jones), who’s annoyed that she won’t spend the night with him, Claudine (Diahann Carroll) sarcastically jokes that she might as well be married to “the welfare man,” since that’s who dictates nearly every decision she makes in her life. Going on to articulate her frustrations with the extreme restrictions she’s forced to deal with, she says, “If I can’t feed my kids, it’s child neglect. Go out and get myself a little job on the side…then I’m cheating. If I stay at home, then I’m lazy. You can’t win.” The film sees Claudine caught up in a Kafkaesque bureaucratic maze in which every door leads to a dead end. Indeed, even the most modest of home improvements are callously tallied against her by the social worker, Miss Kabak (Elisa Loti), who claims that she’s only there “to help.”

Claudine is far from helpless, though, as the film sees her not through the lens of her victimhood, but through her resilience. Her often arduous endeavors are backed by Gladys Knight & the Pips’s rousing soul soundtrack, which was written and produced by Curtis Mayfield and features songs full of biting humor (“Mr. Welfare Man”) and pathos (“Make Yours a Happy Home”) that are straight shots of positivity and compassion. They’re a mirror of this mother’s single-minded determination to carve out a life for her family.

Claudine’s six children crowd their tiny apartment with their own emotional baggage, be it her eldest son Charles’s (Lawrence Hilton-Jacobs) burgeoning social conscience, her younger son Francis’s (Eric Jones) desire for invisibility, or her teenage daughter Charlene’s (Tamu Blackwell) troubles with booze and boys. This family is perpetually arguing, and while Claudine occasionally spanks her children, her love for them is unwavering.

It’s the thoughtful manner in which Claudine juxtaposes the harshness of existing in a state of poverty with the simple, often fleeting pleasures of life that makes it such a fascinating and unique film. Particularly in the era of its release, when blaxploitation films driven by violence and exaggerated black masculinity were at the height of their popularity, Claudine was a true outlier: a tender and sobering rendition of the African-American experience from a female perspective, grounding the intense love and passion between Claudine and Rupert in a gentleness and vulnerability that wasn’t yet typically afforded to black characters on screen.

The authenticity of the film’s representation of black sexuality stems largely from Carroll and Jones’s dynamic performances and magnetic chemistry. But it’s the film’s refusal to pull any punches and highlight the flaws of its main characters that prevents its somewhat optimistic portrait of black love from tipping into the maudlin. Claudine is a strong, loving mother, but the film doesn’t paint her as an angel. And while Rupert, a garbageman, is patient and sweet with Claudine and her much less-enthused kids, he’s left a trail of ex-wives and estranged children in his wake that speaks to his own troubled past.

The two lovers, in part, embody the most prevalent stereotypes about black men and women in ‘70s America: the welfare queen and the absent father. But Claudine does this knowingly, and in shining such an empathetic light on its main characters, it complicates those stereotypes. The film is ultimately not about individual or systematic morality, but rather pure survival. As with its sunny, upbeat soundtrack, Claudine mines the humor and joy out of life on the fringes of society, making beautiful music out of difficult situations. And it does so without ever minimizing the direness of the social ills that torment its characters on a daily basis.

Sourced from a new 4K digital restoration, the Criterion Collection’s transfer of Claudine is spectacular, boasting a consistently sharp image while still honoring the film’s gritty, rough-edged aesthetic. The color balancing is particularly impressive, with strong black levels and the wide array of skin tones all staying true to their natural hues. The yellows, browns, and reds that dominate the film’s color palette also really pop off the screen. The smallest of details are vividly rendered, lending the interiors of Claudine’s cramped apartment and her family’s Harlem neighborhood a strikingly tactile quality. Meanwhile, all signs of damage have been removed, and the healthy, even grain distribution ensures that the original filmlike textures are kept intact. The uncompressed monaural soundtrack is crisp, with clean audio even in the more cacophonous scenes full of overlapping dialogue, and the Gladys Knight & the Pips score is captured in all its warmth and sonic depth.

The audio commentary, recorded in 2003, features filmmaker George Tillman Jr. and a number of the film’s actors, along with Dan Pine, son of the film’s screenwriters, serving as something of a de facto MC. As each individual was recorded separately, there’s a fair amount of dead air throughout the track, but the numerous participants do manage to bring a diverse range of topics and opinions to the table. James Earl Jones and Diahann Carroll’s reminisces are the most insightful and amusing, but Lawrence Hilton-Jacobs, who plays Claudine’s eldest son in the film, also offers some interesting thoughts on the social consciousness of his character and how he saw many of those same concerns reflected in many black teens from his own life.

In another move toward the new normal in Blu-ray supplements, Criterion has again included a Zoom conversation on this disc (the first was on the studio’s recent release of Preston Sturges’s The Lady Eve), here between filmmaker Robert Townsend and critic and programmer Ashley Clark. It’s a seamless conversation in which Townsend and Clark express their deep admiration for the film. Townshend in particular loves the film’s sensuality and authenticity, contrasting it with the many blaxploitation films released at the time, in which black male sexuality is much more heightened and sensitivity hidden beneath a veneer of virility.

In another new interview, critic Imogen Sara Smith unpacks director John Berry’s diverse career in film and theater, focusing on his years in France after he was blacklisted, his return to Hollywood in the ‘70s, and his surprising connections to Orson Welles, Billy Wilder, Anna Karina, and Jean Seberg. In audio excerpts from a 1974 seminar featuring Carroll, the actress discusses her training with Lee Strasberg, her television work, and the challenges of being a black female actress. The disc also comes with a foldout booklet with a deeply personal, and quite moving, essay by critic Danielle A. Jackson.

Criterion’s release of Claudine brings much-needed attention to John Berry’s tender portrait of black love and the failures of the welfare system.