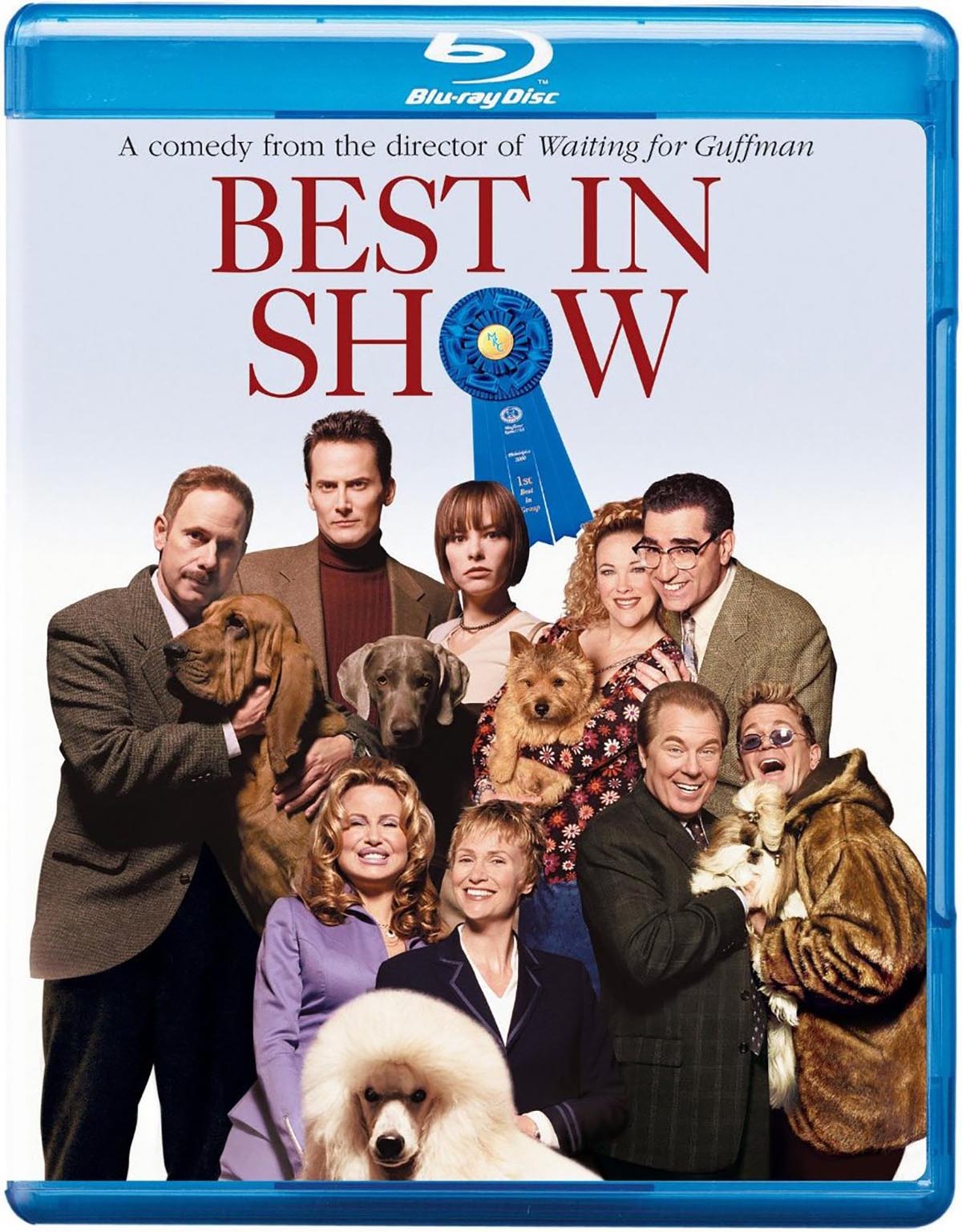 While precursors to Best in Show’s mockumentary style can be identified as far back as Land Without Bread, Luis Buñuel’s 1930 piss-take on ethnographic docs, it was Rob Reiner’s This Is Spinal Tap that established the mock doc’s bona fides as a springboard for improv-inflected ensemble comedies, a development whose offshoots have come to dominate the TV landscape with shows like Parks and Recreation and Modern Family. Certain This Is Spinal Tap alums continue to propagate the film’s distinctive techniques, especially writer-director Christopher Guest, whose quartet of films from Waiting for Guffman to For Your Consideration—among which Best in Show is, for my money, the pick of the litter—have tapped this trend with arguably diminishing returns.

There are doubtless other reasons for the decline, such as over-familiarity owing to the saturation of the mockumentary format across the mediascape, but it’s primarily due to the fact that the mockumentary can be a precarious tightrope walk: The slightest misstep in tone threatens to topple the viewer into a realm of painfully unfunny camera-mugging accompanied by the palpable stench of desperation. Conversely, when everything comes together in the perfect storm of performer, character, and situation, there’s arguably little else funnier. Best in Show represents one of these auspicious confluences.

Poking fun at the rarefied and insular world of competitive dog shows initially seems tantamount to shooting fish in a barrel. And there’s no question that much of the film’s absurdist humor tends toward broad strokes and caricature, taking easy (one might almost say “lazy”) potshots at yuppies and flamboyant gay couples, without much in the way of critical distance, let alone interrogation of such stereotypes. On the other hand, judging the film according to the effectiveness of the humor—utilizing that time-honored yardstick, the hit/miss ratio—would indicate that Best in Show ranks closer to champion purebred than flea-bitten mongrel.

Structure is integral here: The film is another one of those network narratives that begins by introducing its protagonists in their native habitats, roughly sketching out their backgrounds and aspirations, then drawing them along inexorably toward its central event—in this case the Mayflower Kennel Club Dog Show, a patently obvious takedown of the annual Westminster show. Seen in this way, Best in Show reveals a certain unexpected affinity with Robert Altman’s Nashville, but that kinship is really only superficially valid. Where Altman exploits the virtues of his large canvas to call into question the often disastrous yoking of entertainment values and political power, Best in Show rather contentedly settles for prototypical “triumph of the underdog” sports-film conventions.

True to form, Best in Show concludes with a patented “Where are they now?” epilogue that brings it full circle, literally so, as the film is bookended by therapeutic situations involving yuppie couple Meg (Parker Posey) and Hamilton Swan (Michael Hitchcock), who vindictively hash out their mutual antagonism using the alleged misbehavior of their Weimaraner Beatrice for pretext. More than the sum of their delineation as shallow, fashion-obsessed “catalogue people,” the Swans represent the film’s darkest vision of humanity, a psychologically nuanced embodiment of a particularly monstrous form of passive aggression, one that threatens from moment to moment to veer from the merely risible into the honestly painful. That’s more than can be said for Best in Show’s other characters.

By its very nature, the mockumentary doesn’t typically lend itself to rapturous visual stylization. Cinematographer Roberto Schaefer works the handheld aesthetic for all it’s worth: His camera often simply pans and scans the scene in order to register requisite sight gags and capture the verbal fireworks. That said, Warner’s 1080p Blu-ray transfer is a real improvement over their 2001 DVD. Clarity and detail are bumped up considerably, while colors (in particular the blues and purples in the climactic dog-off) really pop. The Master Audio track keeps the dialogue discernible and spreads around the mostly negligible ambient effects. There isn’t much of a score to put across, except for the occasional diegetic mood music and, of course, Gerry (Eugene Levy) and Cookie Fleck’s (Catherine O’Hara) terrible terrier tributes.

Warner’s slender selection of extras has been carried over (in unenhanced SD, I might add) from the DVD. Aside from the obligatory trailer, there are nearly 30 minutes of deleted scenes. While their excision doubtless made sense in the face of nearly 60 hours of compiled footage, many of these scenes are every bit as funny as anything that made the final cut. The same cannot be said for Christopher Guest and Levy’s commentary track. “Low-key” would be the charitable term for badinage that’s all-too-rarely leavened by a wisecrack or pithy observation—and, most intriguingly, the occasional personalized zinger that seems to ruffle the other commentator’s feathers. Otherwise the track is little more than a soporific anecdote-fest. The commentary on the deleted scenes is even more threadbare, mostly confined to indicating the scene’s position in the overall storyline.

Give Best in Show the Blu-ray ribbon for improved A/V quality. Otherwise, Warner Home Video supplies exactly the same extras package as before.

Review: Netflix’s The Chair Is a Gentle Farce That Wants for More Bite

Blu-ray Review: The Dardennes’ The Kid with a Bike on the Criterion Collection

Review: Gordon Douglas’s In Like Flint on Twilight Time Blu-ray