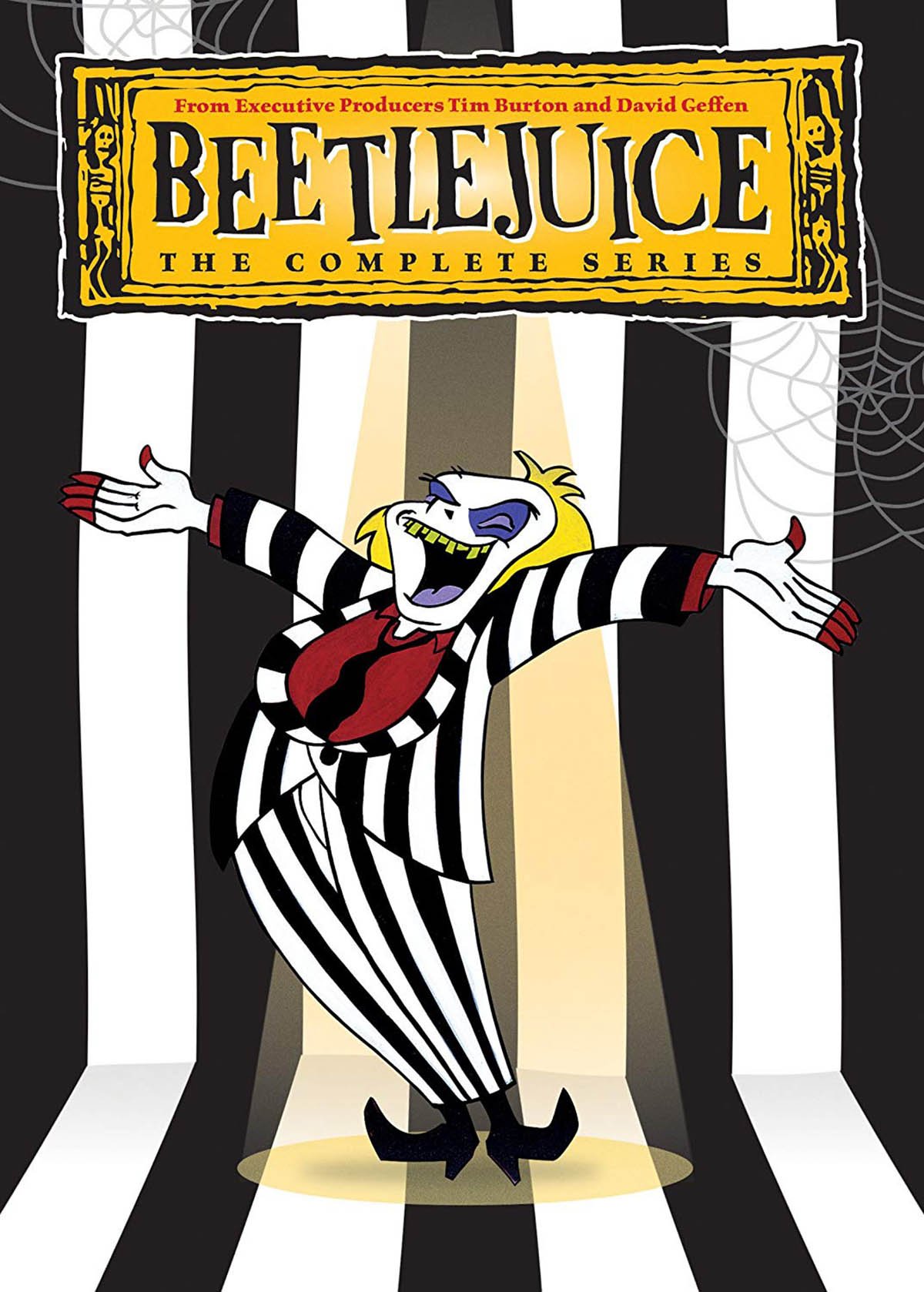 For certain Gen-Yers, the animated Beetlejuice was as formative an experience as Sesame Street and Mr. Rogers’ Neighborhood were for their older brothers and sisters. While the titular ghoul’s frenzy was decidedly tame compared to that of Michael Keaton’s womanizing creep in the Tim Burton film (here, he’s best friends with goth girl Lydia Deetz as she combats the adolescent woes of family and school), the success of a kids’ series in which goth fashion and the undead were norms can now be seen as an indicator of a slowly changing cultural climate. Watching the series again over two decades later, one is struck by its sense of guileless innocence and surreal bombast, its rapid-fire sight gags and puns calibrated to appeal to young imaginations and its expressionistic environments and stylized character designs making the most of its hand-drawn (and tightly budgeted) animation. The jokes are frequently as literal-minded as the writing in a George Lucas film (having already transmogrified into a dog, Beetlejuice momentarily disappears after saying “doggone it,” and so on), but, given the main character’s crude obviousness, that’s largely the point.

Animation allowed Beetlejuice to achieve the same reality-defying insanity as the film with relative ease, from the eccentric populace of the Neitherworld (and the ever-present threat of the ravenous sandworms) to the thousand face of Beetlejuice’s unrelenting id. Packaged in the guise of what ultimately became a highly popular after-school cartoon, the results seem unprecedented in hindsight, and while the show’s artistry is no great shakes, it’s doubtful that animation since—from Ren & Stimpy to SpongeBob SquarePants to most Adult Swim programming—would be the same without it. As the popular series progressed, quantity took precedence over quality when Fox ordered a fourth season that was larger than the previous three combined. Best, then, to think of it as too much of a good thing and focus instead on the simple pleasures afforded by this abundance, especially (a personal favorite of the series’s trademarks) the garishly computer-animated advertisements of the alternate dimensions’ TV programming, a restrained subversion of the then-mounting materialism of our own world.

There’s only so much that can be done with broadcast quality material circa the Clinton years, and the minor specks and scratches on these transfers are probably inherent in the source material. Paired with the pleasant-sounding 2.0 Dolby mono track, the video will make you feel like you’re in middle school all over again.

A pity that nothing was afforded in the way of supplements for this set, but at least Beetlejuice is finally all in one place. Break out the juice boxes.

The Bat, the Cat, and the Penguin: Batman Returns at 25