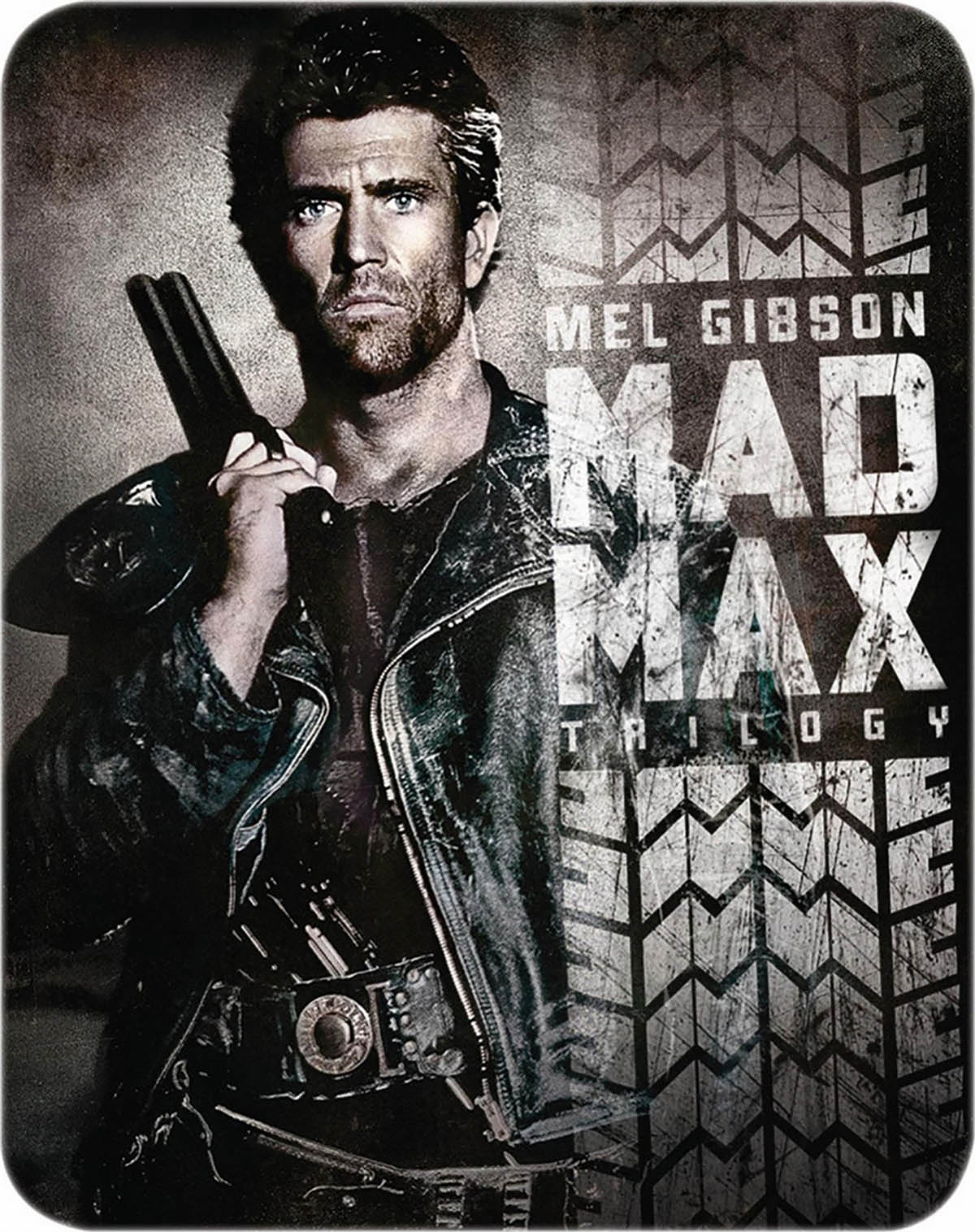 The Mad Max trilogy is the work of a talented virtuoso who blended seemingly every trope of every movie genre into a series of punk-rock action films. The plots, which are nearly irrelevant, are always similarly primitive even by the standards of low-budget genre films: In a bombed-out future version of the outback, a vicious gang pisses off a brilliant highway daredevil, Max (Mel Gibson), and stunning vehicular mayhem ensues. Within this consciously simple narrative framework, director George Miller created two of the greatest of all action films, fashioned one of the most influential pop-cultural visions of the post-apocalypse, and capped it all off (so far) with a spectacularly wrongheaded kid’s movie.

Though the second film, most commonly known in America as The Road Warrior, is often cited as the masterpiece of the series, the original Mad Max is still the most ferocious and subversive. The 1979 film most explicitly riffs on delinquent racing movies and the kinds of crudely effective 1970s horror movies that would sometimes show a family being violated in a prolonged fashion, and there are sequences in Mad Max that could be edited, probably with few seams, into, say, Wes Craven’s The Last House on the Left. Mad Max also has a distinctly Australian masculine tension that’s reminiscent of other outback-set classics such as Wake in Fright, as it’s concerned with the pronounced sexual repression and frustration of a predominantly male population that’s all dressed up in tight leather with little to do apart from mounting their bikes and revving up their big noisy engines.

One doesn’t have to go looking too hard for a gay subtext in Mad Max. Following the death of his family, a grief-stricken man straps on his leather duds (which Miller never fails to fetishize) in order to do battle with the psycho killers who appear to have risen from the ether of his subconsciousness. The film is so disturbing because it implies, however fleetingly, that the annihilation of the hero’s family incidentally enables him to come to terms with his predilections (this film would pair wonderfully in a double feature with Cruising) and Miller is pointedly indifferent to the usual platitudes that filmmakers often offer in hypocritical gestures intended to render their vigilantes “likable.” There’s no emotional closure in this film, and no illusions of any selflessness, as Max kills the bad guys, in a spectacular series of road duels, for gratification and drives off to potential oblivion. The end, cue credits.

As a work of pure film craft, The Road Warrior is, indeed, the best in the series—a poetic action sonata of cars and leather that’s rich in beautifully composed wide shots that are designed to tickle the eye, climaxing with an awesomely inventive act of demolition-derby warfare. But the film is disappointingly conventional in spirit. Unlike Mad Max, its kinkiness is superficial, and Miller is overly preoccupied with offering Max up as a mythic hero right out of Joseph Campbell, despite the scant evidence on display to support that assertion. Though brilliantly staged and influential to this day (see Fast & Furious 6, which offers a similar climactic battle royale), the film is disappointingly structured as a conventional coming-of-age adventure in the tradition of Shane or the original Star Wars trilogy—if George Lucas had the temerity to put his Ewoks in ass-less chaps, that is.

Mad Max Beyond Thunderdome is retrospectively interesting for serving as a rough draft for the film that might be Miller’s masterpiece: Babe: Pig in the City. There are a number of promising ideas and one terrific fight sequence set in the titular coliseum, but the film finds Miller succumbing fatally to the misguided notion of Max as a messiah. One might have forgiven the cuddlier, less ambiguous Max if the staging were crisp, but the pacing is limp, and Beyond Thunderdome totally falls apart after a serviceable first act that suggests a political sci-fi allegory that never comes to fruition.

Taken together, the films evoke a traditional autobiographical arc of a once angry and wily filmmaker who, perhaps inevitably, softened with age and success. Which is why the forthcoming Mad Max film, currently titled Mad Max: Fury Road and set for release sometime next year, inspires such curiosity and excitement: Whatever the quality, the film should provide an enticing update on the evolution of an eccentric talent.

A mixed bag. Prior editions of Mad Max and The Road Warrior have been packaged in a box set with Mad Max Beyond Thunderdome to coincide with the latter’s debut on the format. Unsurprisingly, the first two films can use a touch up, as the image is soft and detail clarity more than occasionally mediocre, particularly in the case of Road Warrior. Weirdly though, Beyond Thunderdome doesn’t look any better, as the colors are often dull and drab. (Admittedly, this is partially the intention of the films’ visual design, but hardly to this degree.) Mad Max, originally distributed by MGM, is the oldest of the films and produced with the puniest resources, but probably looks the best, as the cars really pop off the screen in a manner befitting director George Miller’s obvious intentions. Among the three discs, there are numerous sound mixes in just about every major language imaginable, and these generally fare better than the image transfers. The film’s distinctive scores register with appropriate bombast, and the superb sound editing is afforded the necessary chance to rattle your china. Overall, this is a disappointingly indifferent way to treat a classic action series, and one can’t help but wonder if Warner Home Video might be planning a more attentive refurbishing closer to the release of Mad Max: Fury Road.

Mad Max and The Road Warrior both feature previously existing audio commentaries with various people who worked on the films. Both are enjoyable, particularly The Road Warrior’s, but hardly essential. Otherwise, there are a few forgettable featurettes and trailers. Mad Max Beyond Thunderdome, once again the only new Blu-ray in the pack, doesn’t include any extras at all.

A disappointingly half-assed treatment of a legendary post-apocalyptic action series that boasts two indisputable genre classics. Definitely not worth a double-dip for buyers of previous editions, and of debatable value to fans who’ve yet to plunk down the change for the Blu-rays.