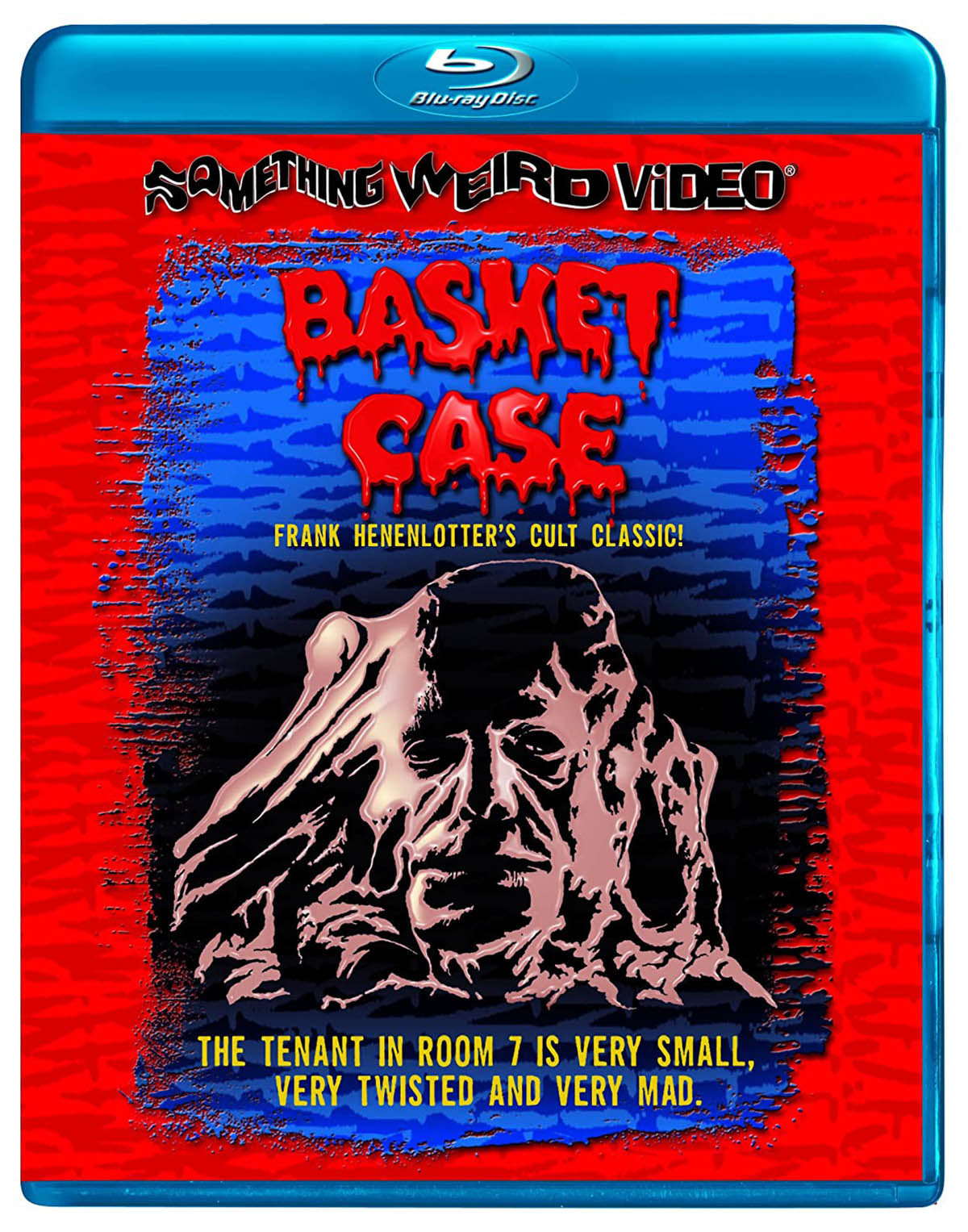 Grungy, grubby, and in the worst possible taste, Basket Case is an uproarious grue-streaked comedy in the manner of Herschell Gordon Lewis, the self-styled “Godfather of Gore,” whose 1963 Blood Feast set the splatter standard, which no doubt explains why writer-director Frank Henenlotter dedicated his film to Lewis. Shot on a budget so constrained Henenlotter couldn’t even afford a shoestring, you might think the whole film was shot on the fly in actual locations, but you’d be wrong. Admittedly, the Times Square footage has an almost documentary veracity, invaluable as a souvenir of the area’s sleazy salad days before gentrification and Disneyfication set in, but nearly everything else—from the overblown hairstyles to the fictional Hotel Broslin—is either a put-on or a fabrication. Henenlotter’s consistent blurring of the line between horror and comedy is one of the more perverse side effects of his warped sensibility, keeping viewers off balance, so that they never know whether the punchline to one of Basket Case’s many gags will be just that, a crude joke, or the sight of someone getting their face ripped to shreds.

Country bumpkin Duane Bradley (Kevin Van Hentenryck) turns up in Times Square, wandering past the peep shows and porno palaces with a large wicker basket tucked under his arm. The eccentric sight of the boy and his basket wandering New York’s mean streets is a cinch to provoke the jaded curiosity of pretty much everyone he encounters. “Hey, kid, what’s in the basket?” becomes the film’s constant refrain. Anyone incautious enough to force the question usually meets with a sticky end, because what’s in the basket is Belial, Duane’s Siamese twin, a misshapen lump of flesh with a very bad attitude. Oh, and the brothers share a telepathic bond.

So when Duane goes on a date with medical receptionist Sharon (Terri Susan Smith), an infuriated Belial trashes their fleabag hotel room, a sequence shot in hilariously inept stop-motion animation. Not only is Belial jealous of Duane’s budding romance, he also views Sharon as a distraction from the real purpose behind their little field trip, revenge against the doctors who performed an illicit operation to separate them. Drunken Duane regales his neighbor, hooker-with-a-heart of-gold Casey (Beverly Bonner), with the whole sad saga, told in an extended flashback. Needleman the anesthesiologist and Kutter the surgeon (who, adding insult to injury, turns out to be a veterinarian) operated at the urging of their father, an uptight zealot with a chip on his shoulder, who blames the monstrous Belial for the death of his wife.

After dispatching the last of the medicos, Kutter, in the infamous scalpels-in-the-face scene, Belial decides he’d rather be a lover than a killer, after all. But frustration turns deadly when first an attempt on Casey, then an assignation of his own with Sharon end badly, leading to a final confrontation with Duane. Limited resources by all accounts kept Henenlotter from filming a “Belial hits the town” montage series that explained how the beastie made his way from the Broslin to Sharon’s, so in its stead he substituted a bizarre dream sequence that has Duane, naked as the day he was born, running across town. These images are apt as any to illustrate Henenlotter and company’s commitment to outrage and provocation.

A 30-year-old film originally shot on 16mm for somewhere in the neighborhood of $35,000 has never looked this good. Something Weird Video’s digital cleanup has worked wonders on the image’s clarity and brightness, rendered even spiffier on the high-res Blu-ray transfer. The sound, on the other hand, is more than a little tinny.

A brief but engaging video introduction allows Frank Henenlotter to explain why the Blu-ray transfer maintains the film’s full-frame aspect ratio. The animated commentary track featuring Henenlotter, producer Edgar Ievins, and star Bonner is well worth the listen, chock full of production details and one-liners in about equal measure. “In Search of the Hotel Broslin,” a 12-minute piece originally produced for the 2001 DVD, follows Henenlotter and recent partner-in-crime, R.A. the Rugged Man (the co-writer for 2006’s Bad Biology), on a guided tour of Basket Case’s filming locations. Exteriors for the now-legendary Hotel Broslin were shot at Van Hentenryck’s apartment. The crew simply hung the neon sign outside his window. Interiors were constructed in a loft “studio” or else shot after hours in empty doctors’ offices. Considering the fact that the Liberty Island location where Duane and Sharon share their first kiss had recently served as Police HQ in John Carpenter’s Escape from New York, and that the infamous S&M club the Dungeon, doing double duty as the bar where Casey works as well as doubling for the basement in which Dwayne dispatches Daddy, had recently hosted Friedkin and crew during the shooting of the still-controversial Cruising, it’s amusing to image what might have happened if these more or less mainstream productions had ever encountered Henenlotter’s underground guerrilla filmmaking.

The Blu-ray release of Basket Case gives fans and newcomers alike the perfect excuse for hanging out with the demented denizens of the Hotel Broslin.