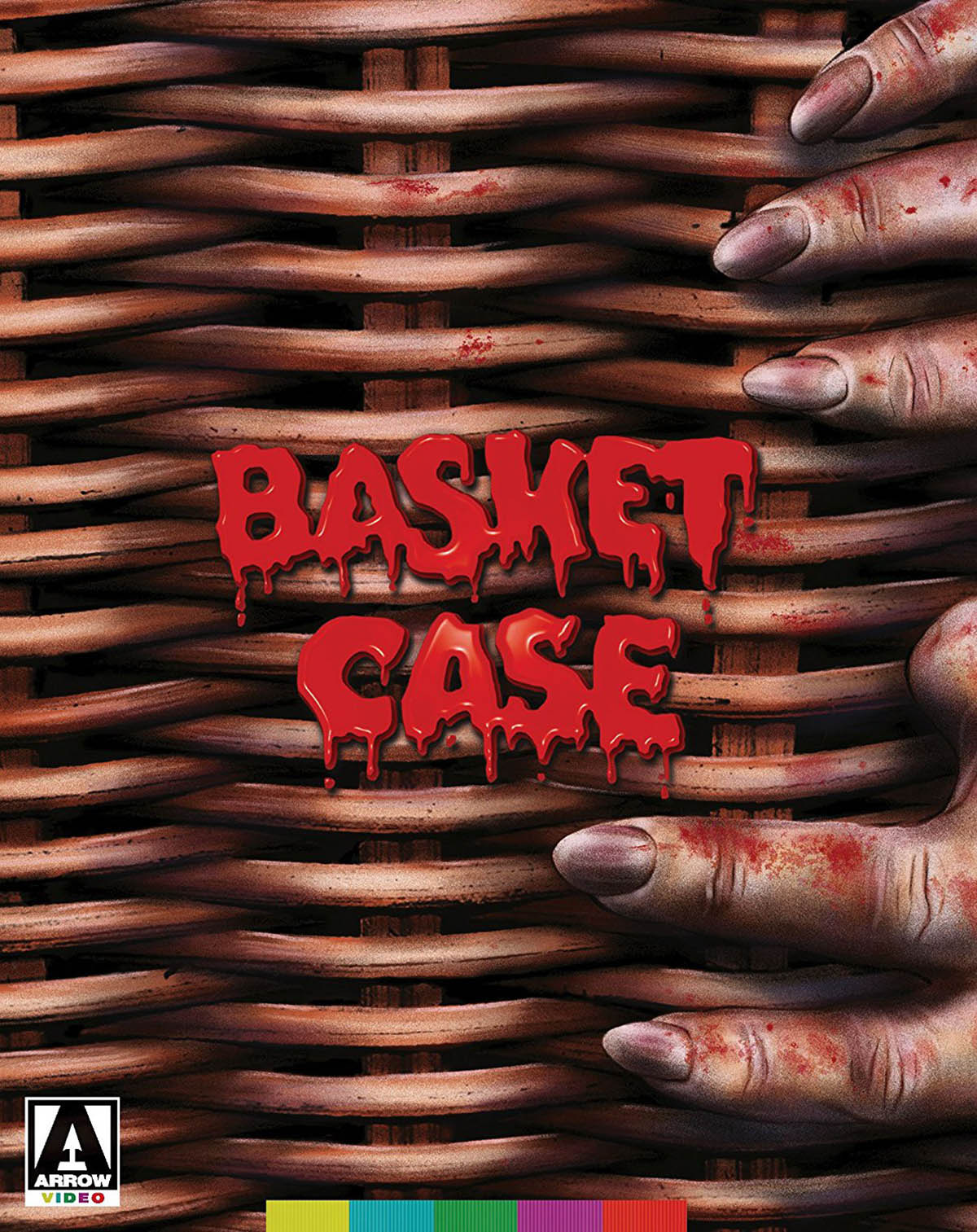 Frank Henenlotter’s Basket Case pivots on a simple but effective formal device. Duane Bradley (Kevin Van Hentenryck), a shy young man in New York City for the first time, carries his brother, Belial, in a large basket. Belial is played by a series of grubbily inventive special effects and resembles a head and a pair of arms that have been melted into an approximation of a tumor. We often see Duane speaking to Belial from the latter’s perspective inside the basket, which is to say we’re placed in the monster’s shoes. Such a gimmick is common in slasher films, but Henenlotter is authentically interested in what life from a basket might mean for Belial. We come to share his feelings of rejection and desperation, even as he wreaks astonishing carnage.

There’s obviously a practical reason for utilizing the camera as Belial’s eye, as it saves a threadbare production money on special effects while teasing Belial’s “reveal” in the tradition of most monster movies. But Basket Case is nevertheless eaten up with a touching earnestness that’s also characteristic of Henenlotter’s other films, particularly 1988’s Brain Damage. Basket Case is a spectacular gross-out stunt, but Henenlotter also riffs on Frankenstein, Freaks, and the cinema of Larry Cohen, lacing Promethean conceits with his own brand of empathy and exploitation-film humor.

Duane crashes at the first hotel he sees, a cramped and lively dump that’s occupied by a memorably motley collection of eccentrics, who are unsentimentally yet affectionately caricatured by Henenlotter and his actors. This hotel almost serves as a kind of orphanage for Duane and Belial, with a disinterested yet unexpectedly honorable manager (Robert Vogel) and a prostitute, Casey (Beverly Bonner), who takes a liking to Duane and shows him the ropes. A moment in which Casey and Duane get drunk at a dingy bar exudes a warmth that’s unusual for exploitation cinema.

Unsaid yet implicit in Basket Case is the notion that outsiders can sniff each other out—an idea that Henenlotter would more explicitly mine in Basket Case 2, from 1990. Yet self-loathing can estrange someone from even an accepting society, and Henenlotter is attentive to the literal and figurative scars that Duane and Belial carry as social rejects accustomed to companionship only from the other. Women are attracted to Duane, yet he carries guilt over Belial’s much worse lot in life, as well as a steadfast conviction in his own essential “ugliness,” which Belial metaphorically physicalizes.

This poignancy complements the purposefully and amusingly tasteless plot—a variation on lurid stories of conjoined twins and aborted children who miraculous live—and informs the film with a tangy emotional texture that’s intensified by Henenlotter’s resolute lack of pretension. Horror is said to be driven by a fear of death when the genre is often more viscerally concerned with rejection and loneliness. Henenlotter feels these emotions in his bones.

The Museum of Modern Art oversaw this revelatory transfer, which honors Basket Case’s seamy beauty. The colors of a dangerous, debauched Times Square, which director Frank Henenlotter often filmed from a van, leap off the screen. Blacks, blues, and reds are deep and painterly garish. The stage blood emits a lurid gleam, and the image is so detailed that one can frequently discern the harsh white light reflecting off of various spilled fluids. Facial details are also vivid, allowing the film to function partially as a documentary of NYC styles and faces. This is also a highly textural image, with a viscous sense of grit. The monaural soundtrack has a richness and a clarity that I’ve never personally heard before, informing the murder scenes with a bass that renders them funny as well as authentically disturbing.

This package is overstuffed with supplements—almost entirely new—that paint a loving and precise portrait of Basket Case’s inception as well as of the exploitation-film community in America in the late 1970s and early ‘80s. We’re reminded by Henenlotter and critic Joe Bob Briggs that exploitation films used to play for a few weeks and disappear, as there was no home-video market and mainstream press didn’t yet cover them. But this trend eventually reversed. With Times Square undergoing a corporate baptism, exploitation theaters disappearing, and home video ascending in cultural prominence, it was soon impossible to see such films in a theater. With a huge promotional assist from Briggs, Basket Case became the sort of miniature cultural sensation that’s unheard of in theaters that are now primarily tasked with programming Disney productions, though we can now enjoy Basket Case with hours of accompanying documentaries in our own homes.

The extras reflect Henenlotter’s warped and goofy sense of humor. A short “strange” interview with Henenlotter finds him played by a much younger nude actor who gets the details of the film’s production repeatedly wrong. Elsewhere, actor Kevin Van Hentenryck, now resembling a retired manager of a semi-legendary rock-n’-roll act, appears on multiple supplements and speaks charmingly of the perils and exhilarations of shooting a disreputable monster movie for $35,000. And actress Beverly Bonner appears in a short interview and discusses her career, most notably a production she wrote, Casey—Thirty Years Later, a Casey-centric sequel to Basket Case for the theater.

“The Latvian Connection” provides a conventionally informative overview of Basket Case’s production, with many juicy details on the special effects, and “What’s in the Basket?” offers a feature-length examination of the entire Basket Case trilogy, with Henenlotter pitilessly ruing Basket Case 3. There’s two audio commentaries—one new, one archival—and they cover similar ground, though they’re still of interest for Henenlotter and Van Hentenryck’s charisma. Dozens of other odds and ends round out a superb collection, including Henenlotter’s largely unseen short film The Slash of the Knife.