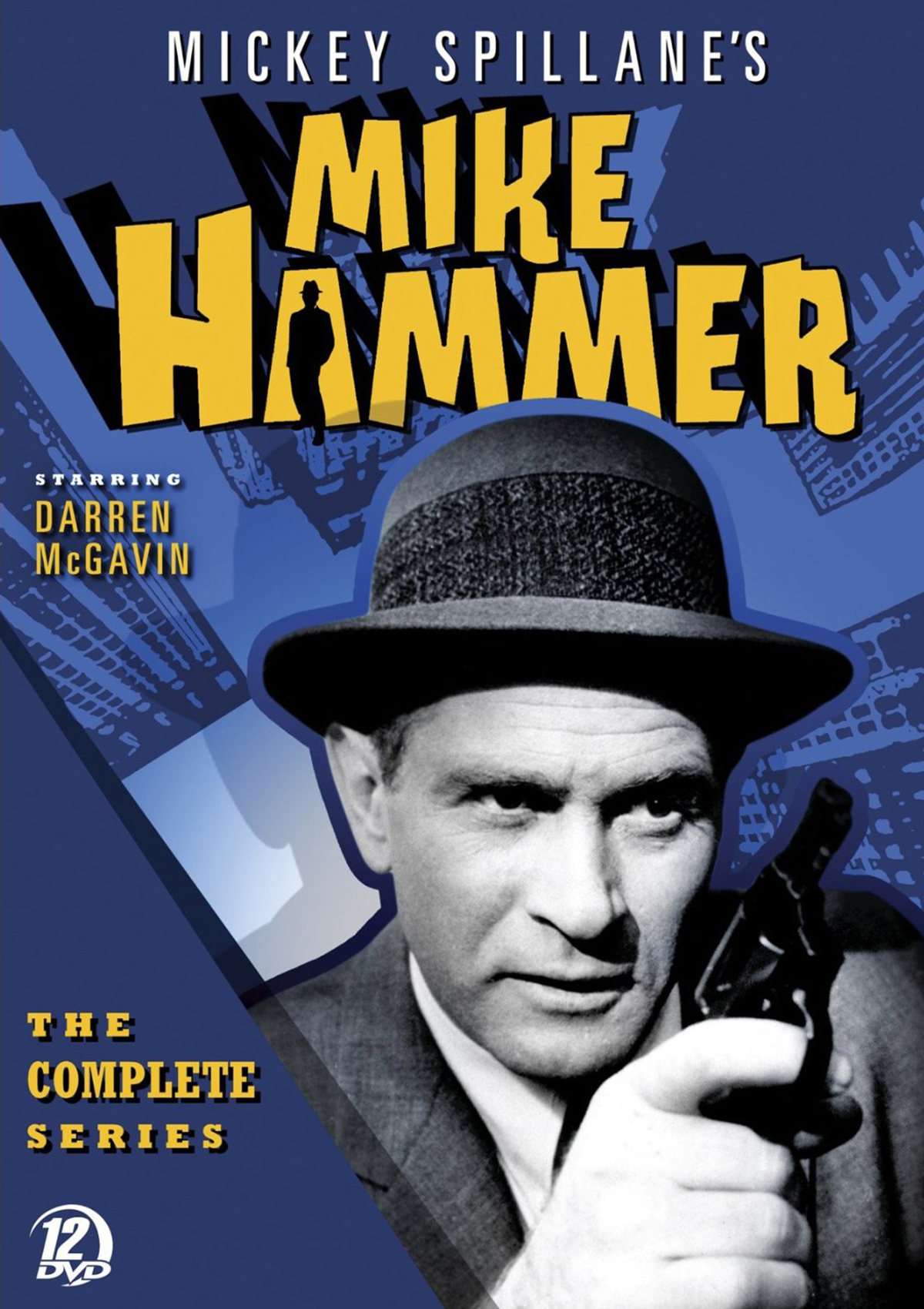 There’s a reason why people associate Darren McGavin with Kolchak: The Night Stalker, the cult horror TV series that inspired X-Files creator Chris Carter, and not Mickey Spillane’s Mike Hammer, a middling ’50s procedural and the most mainstream incarnation of Mickey Spillane’s character after Robert Aldrich’s Kiss Me Deadly. Kolchak suited McGavin’s punchy but basically non-threatening personality a lot more than Mike Hammer ever did. True, any given Kolchak episode took a nosedive once the show’s writers semi-seriously delved into supernatural monster-of-the-week plots. But that show is as good as it is because it’s basically driven by its title character and his way with words. The first 20 minutes of every Kolchak episode primarily took place in the newsroom, allowing Kolchak, a beat reporter, to just be himself. A typical Mike Hammer episode totally subordinates its lead protagonist’s personality to bland mystery-of-the-week stories. Unlike Kolchak, Hammer doesn’t get time to stretch his legs and show us who he is, and as a result, Kolchak seems pretty charming while Hammer is just kinda there.

Mike Hammer never really got off the ground because the writers rarely showed that they understood Spillane’s prototypically hard-boiled detective. One of the show’s better episodes, “The High Cost of Dying” gives you a clear sense of what Hammer stands for. In the episode, Hammer (McGavin) searches for an imprisoned robber’s ill-gotten loot so that he can pay off a ransom and, in the process, save the inmate’s sister from being murdered. Honor among men, no matter how disreputable those men may be, is the ideal that the volatile Hammer aspires to.

But “The High Cost of Dying” also represents much of what’s wrong with this post-Aldrich incarnation of the character. Never mind that most of the show’s episodes were beholden to lifeless stock plots. You never really watched Kolchak for its plot, but to see a character as full-blooded as Kolchak strutting around and doing, well, anything. Conversely, Mike Hammer stinks because McGavin isn’t in the least bit convincing. He’s better at shaking a woman up with a fatherly, “C’mon, pull yourself together. Compose yourself,” than he is at stealing a kiss and getting slapped after sleazily declaring, “The name is Mike!” McGavin isn’t good at acting tough and surly, and he looks especially out of place whenever he’s made to brawl with a couple of heavies, a staple of the series. He’s just not a very good chauvinist antihero.

Of course, Mike Hammer’s writers didn’t exactly do McGavin any favors, as they seemed unsure of what to do with Hammer beyond turning him into a generic good-guy detective. Where Spillane’s Hammer was always a noble savage, McGavin’s Hammer glibly makes references to opera (“Hey, Pagliacci?”) and even tsk-tsks “men that live off of women.” Based on these two weird slips of the tongue, you’d be forgiven for thinking that Hammer was just a bland, though gallant, and well-read private eye and not a character that was created to court controversy. Heck, for all we know, McGavin’s Hammer could secretly be an erudite women’s libber, a notion that surely would have made Spillane faint.

Thankfully, there are some slight but enjoyable episodes peppered throughout the show’s run, like “Music to Die By,” in which Hammer tries to stifle a plot hatched by an evil pop-music producer. That episode is fairly compelling because it’s more about increasingly knotty plot convolutions than it is about McGavin’s unconvincing P.I. It’s a real shame McGavin wasn’t given better material to work with. He was a fairly versatile performer even if he wasn’t very good at flaring his nostrils and slapping women.

The picture quality on New Video’s release of Mickey Spillane’s Mike Hammer is weak with a lot of noticeable haloing, grain, and dark shadows. A disclaimer at the start of disc one inadequately acknowledges this deficiency with a notice about how the video masters that many of the show’s 78-episode-long run were taken from were already damaged. The show’s mono soundtrack is equally weak, full of hisses and pops.

TV fanatics would have to wait until the ’80s for Stacy Keach to play Mickey Spillane’s famous hard-boiled dick. Because as lovable and sympathetic as Darren McGavin is, he’s no Mike Hammer.

Review: On the Rocks Is a Screwball Comedy with a Twist of Unresolved Tension