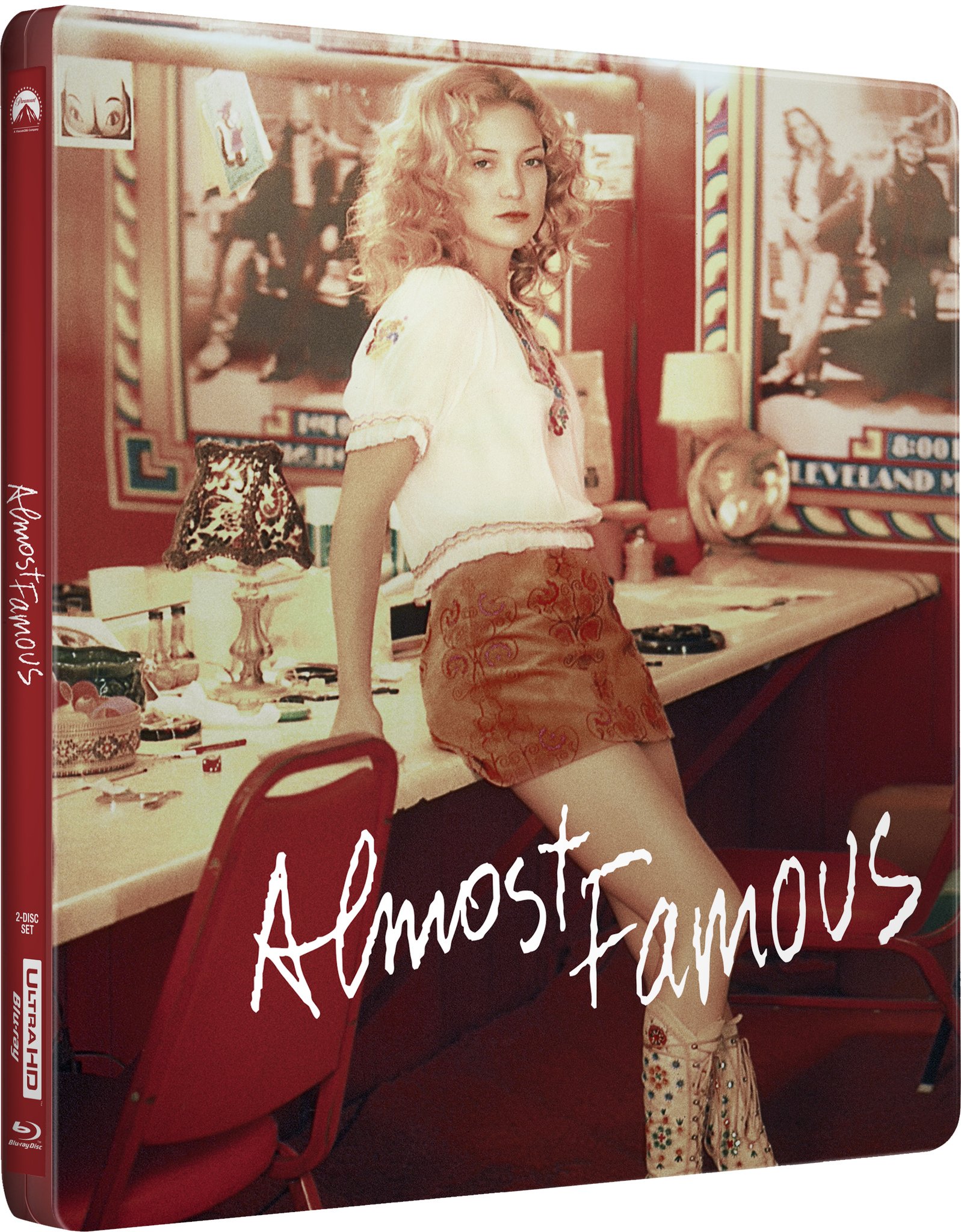 At first blush, Cameron Crowe’s semi-autobiographical Almost Famous is an indulgence of the filmmaker’s sentimental streak. A roman à clef about Crowe’s youth as a music writer, the film focuses on his avatar, William Miller (Patrick Fugit), finagling his way into a Rolling Stone assignment following fictional rock band Stillwayer on tour. At times, Crowe’s depiction of the rock lifestyle, so oddly chaste given the film’s R rating, seems as if it’s being told through the lightly tinted glasses worn by Penny Lane (Kate Hudson), the self-described “Band Aid” who drifts around backstage areas and guarded hotel floors.

Crowe’s nostalgia for this time period is so palpable that even Lester Bangs (Philip Seymour Hoffman), the notoriously irascible and bitter rock critic, comes across as a loveable, slightly prickly teddy bear. But look closer and you’ll find that the film casts a critical eye on both the mercenary egotism of chauvinist rock culture and the no less exploitative journalism game that affords the naïve William the opportunity to chase after a coveted assignment. From the moment that our naïve hero meets Stillwater backstage at the Black Sabbath concert that he’s been tasked with reviewing, the band, Black Sabbath’s opening act, refers to him as “the enemy,” even though they suspiciously flatter him and eventually invite him into their entourage.

The deeper that William sinks into Stillwater’s world, the more that Crowe starts to highlight how both the band and Rolling Stone use him to their own ends—the former by so thoroughly enchanting the young scribe that they convince him to pitch a story about them to the magazine, and the latter by so hungrily chasing a compelling hook that editors are willing to make the band look foolish in order to drive up sales. And through it all, William’s affectionate, budding intimacy with Penny and her coterie of similarly minded groupies is coldly mirrored by how casually the film’s rock stars use and discard the young women.

As far back as Amy Heckerling’s Fast Times at Ridgemont High, for which he wrote the screenplay, Crowe evinced an ability to brutally check his treacly tendencies and make it seem like a moment of clarity. Here, it comes when William confronts Penny about how callously the members of Stillwater view her when she’s not around, spilling the beans on how the men are willing to callously “trade” her for something as insignificant as a case of beer.

In this moment, William and Penny stand on two sides of a thin divide between blissful ignorance and sober understanding of just what they mean to the band, and he’s perhaps just as crushed as she is. But where William is already so disenchanted with everything as to be nakedly despairing, Penny allows herself a single tear before slipping the mask back on with a smile and flippantly replying, “What kind of beer?” But she can only pretend for so long, and after being rebuffed during a celebration of Stillwater landing the cover of Rolling Stone, she overdoses on quaaludes, only to be saved by William in the nick of time.

The manner in which Crowe weaves a low-stakes nostalgia trip with glimpses at the seediness simmering beneath the surface can be even better appreciated in the longer director’s version, dubbed the “Untitled Bootleg Cut.” Like so many of the great rock albums of the early ‘70s, the extended cut is as indulgent and escapist as it is suffused by a subtle but profound melancholy, at once repulsed by the harsh comedown of the post-hippie era and terrified of this moment passing without being properly understood and appreciated. Almost Famous ends in typical Crowe fashion—that is, with a tidy, tender resolution—but its characters do seem genuinely changed by their gentle brushes with the downsides of their blithe existences. If everything works out just a little too neatly, it does so only because everyone from the teenaged William to the seasoned road rockers of Stillwater appear to be finally growing up.

Paramount’s release devotes one 4K disc to the theatrical cut of Almost Famous and another to the extended cut, and both discs use Dolby Vision grading to maximize the film’s warm, sun-kissed exterior cinematography and the garish, earthy browns and yellows of interior décor. Detail is incredibly sharp, from the slight crinkles at the corners of hand-me-down vinyl to the thick textures of the decade’s clothing. The soundtrack is the same excellent 5.1 lossless track from the 2011 Blu-ray. One of the chief pleasures of the film, of course, is the most stacked classic rock soundtrack this side of Forrest Gump, and the audio is so crisp that you can even make out the faint tape hiss and vinyl crackle of each needle drop. The chaotic bustle of backstage areas where entourages mingle as roadies loudly cart amps and other equipment is rendered with a clear separation of elements so that each minute noise can be clearly heard.

This UHD release only comes with a few new extras, including extended scenes, alternate takes, some reflections on the film’s legacy by Cameron Crowe, as well as footage of the cast members learning the Stillwater songs. The discs also port over all of the old features from the 2011 Blu-ray, from music videos for the original songs to a scene that Crowe was forced to cut because he couldn’t get the rights to Led Zeppelin’s “Stairway to Heaven.” The most considerable of these extras is an old commentary track that Crowe recorded for the extended cut in which he’s joined by a few of his professional and personal connections, from producers to his own mother, making for a track that’s as informative as it is laidback and reflective.

Paramount’s exceptional UHD disc makes it easier to appreciate both the sunny pleasures of Cameron Crowe’s ode to his youth and its self-doubting underbelly.