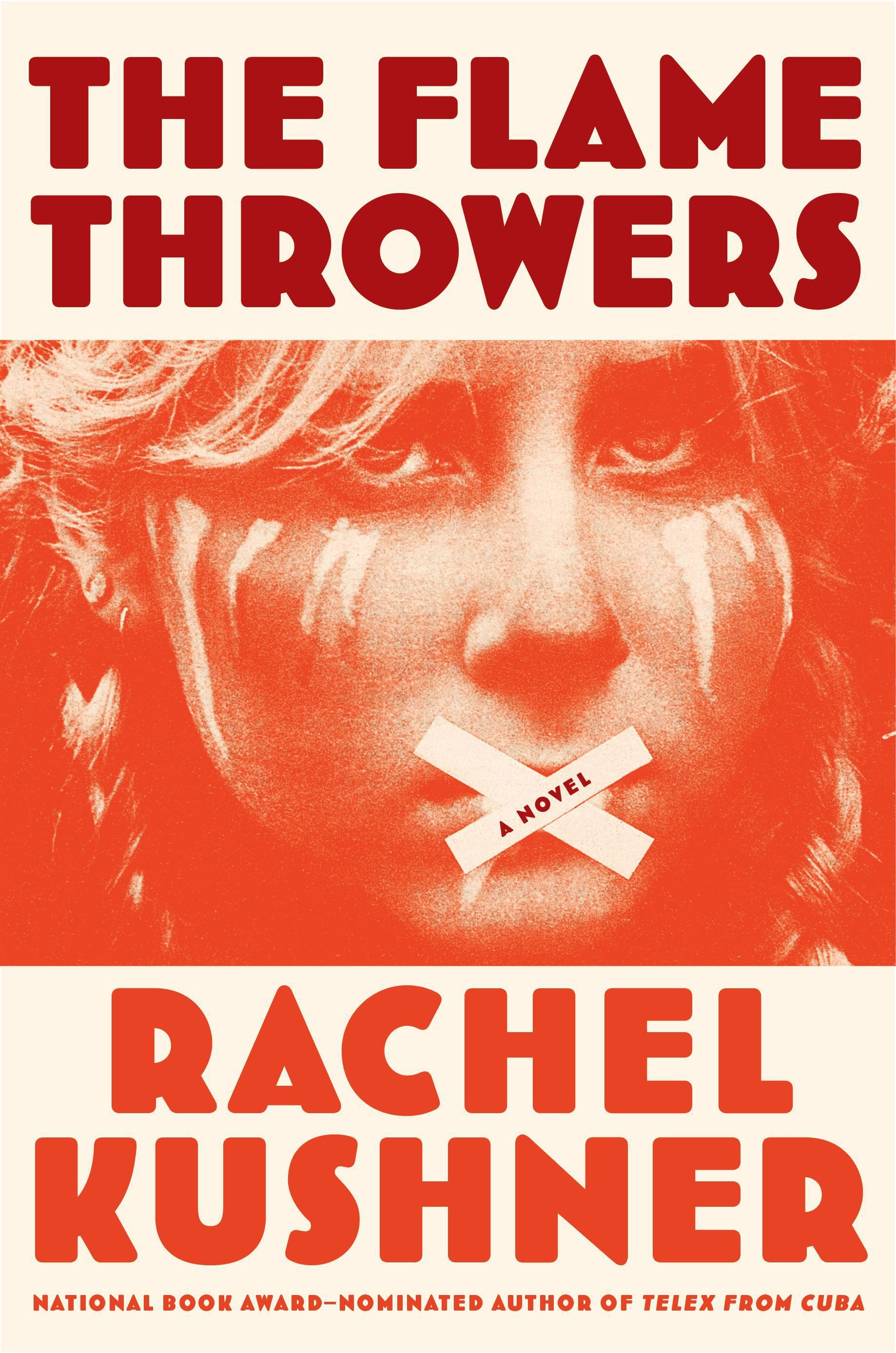 Rachel Kushner’s latest novel, The Flamethrowers, steps up and slaps you across the mouth with its ambition. Wrapped up in its narrative are at least seven decades, four continents, revolutions, radical underground movements, various -isms of 20th-century art history (futurism, minimalism, etc.), and a deep plunge into the anarchic lower Manhattan of the 1970s. The story reveals itself to us via multiple narrative viewpoints, lists, and a selection of illustrations. Amid these pyrotechnics are some of the most familiar tropes of the Western novel: the ingénue setting forth to find adventure and romance; the American innocent in Europe; egotistical, creative men and the women who love them. In other words, this is a novel that very self-consciously strides into Great American Novel territory. The reactions—and the reactions to the reactions—have been ardent (more on that in a bit).

Reno, so nicknamed because of her hometown, arrives in Manhattan in 1976 fresh out of art school, equipped with vague ideas of making films and photographs inspired by her love of motorcycles and speed. She becomes the girlfriend of Sandro Valera, a successful older artist who also serves as her art-world Sherpa. Additionally, Valera happens to be the second generation of an Italian industrialist family made vastly wealthy by its rubber, tire, and motorcycle business. Reno’s story is punctuated by the coming-of-age tale of Sandro’s father, T.P. Valera, also a lover of motorcycles, but in all other ways Reno’s opposite. Reno is tentative and vulnerable; Valera Sr. is ruthless and misanthropic. He takes up with the Futurists, a group of largely aristocratic young men eager to throttle Italy out if its nostalgic malaise and send it lurching into the modern 20th century by embracing industrialism and war as cleansing mechanisms for obliterating the past—and much of the present. (By the way, if you have never read F.T. Marinetti’s Futurist Manifesto, you should take five minutes and do it now.)

A series of personal tragedies sweeps Reno into a radical youth movement in Rome: the Red Brigades. In 1977, Reno in their midst, the movement launches a full-scale assault aimed at overthrowing leftover fascist power structures—including the Valera corporation—still in place decades after WWII. The Red Brigades aren’t fooled for one moment that Reno’s personal umbrages are a piece with their radicalism, but they’re willing to co-opt her rage and pain for their purposes nonetheless. In other words, Reno is in way, way over her head.

The Flamethrowers delivers on the promise of its title; it’s full of destruction, misanthropy, and wanton nihilism. Guns are constantly going off, so the pyrotechnics aren’t merely linguistic. Yet at the center of all this commotion is Reno, quite possibly the most passive protagonist I’ve encountered in a long time. Things happen to Reno, not the other way around. Even her nickname, the only name we know her by, is bestowed to her by a man. Sandro Valera chooses her to be his girlfriend, and she goes along. The materials she needs to create her work are given to her: film from her bosses, a motorcycle from Sandro. She never completes or sells a single piece of work by the time we reach her final scene, in which we leave her, waiting…for a man to show up.

Reno wants to be a badass, but she’s a stock character in her own narrative. One of her friends even calls her out on it. She’s “the gamine,” and Reno is aware of this. She knows she’s naïve, out of her league. She knows she’s cute-pretty, but not gorgeous or alluring. She’s bright enough to see what the fallout of a situation will be, but lets it happen anyway. Upon meeting a social rival, she immediately senses that this woman “is going to take something from me.” She knows which people will hurt her, then lets them hurt her.

None of Reno’s inertia is to the novel’s detriment though. Twentieth-century modernism was a rowdy boys’ club, and many of the period’s female artists are still regarded as derivative hangers-on. The male artists Reno finds herself among talk and talk and talk—the young men and the old men, blathering away at interminable, smoke-filled dinner parties. The women who do manage to get a word in edgewise are either ridiculous or vicious. That Reno is intimidated and more comfortable as an observer is both believable and a knowing piece of commentary on how history has shaped the status of women art makers.

Reno’s diminutiveness and passivity also provide a stark contrast to Kushner’s bravura performance. While Reno hems and haws and listens to what other people have to say about the kind of art she should make, Kushner charges ahead with confidence in her own creative efforts. Kushner isn’t going to be cowed by the overbearing male voices that keep Reno sidelined, and The Flamethrowers seems to be, in part, a reclamation of the yardage Reno surrenders to them.

Kushner’s assertiveness brings me to the varied critical reactions The Flamethrowers has garnered. As Laura Miller points out, numerous male reviewers find themselves blunted by Kushner’s aplomb. James Wood, who adored the book, was nonetheless a little startled at Kushner’s authorial confidence, which he mentions more than once, calling it “eerie” and “uncanny.” The Tablet’s Adam Kirsch, who’s resolutely—and perfectly validly, I might add—not taken with the novel, is also rattled by Kushner’s self-possession, calling the novel “a macho novel by and about women” and “too cool, too stylish.” His concluding paragraph begins, “But a novelist should not be a mythmaker,” which sounds just like something Reno would hear from one of the novel’s male blowhards. Still more ridiculous are the male reviewers who insist on interjecting their own motorcycle-riding cred, such as the poet Frederick Seidel in The New York Review of Books, whose review came out after Miller’s article. Curiously, the NYRB promoted Seidel’s review with a cover illustration, but the review itself is as dismissive as it is slight, only about one page long. Within that short space, however, Seidel finds room to discuss himself (“The bikes I myself have ridden have mostly been Ducatis…”), then belittles the book as operatic, a clearly gendered slight in this case, connoting a particularly feminine kind of melodrama, a hysterical (another word Seidel deploys) overwroughtness. “She brilliantly tries,” he says. Isn’t it cute, these hysterical (in every sense) ladies trying to make literature?

None of this is to say that there aren’t things to critique in The Flamethrowers. The relentless frenetic urgency throughout the book, what with the speed and revolutions and war, has a deadening effect toward the end. I was just as happy to stick my bookmark in the middle of Reno’s engulfment by a Roman mob as I was to check out in the middle of any one of the book’s blustery, mansplaining monologues. Additionally, the seams definitely show in many of Kushner’s attempts to stitch together witty dialogue, historical detail, and grand narrative sweep. No easy task to be sure, but great writers have done it. In my book, the current master of this feat remains Hilary Mantel (hey, it’s a woman, how about that?), specifically in her historical novels inspired by Thomas Cromwell, Wolf Hall and Bring Up the Bodies. None of The Flamethrowers’s rough edges threw me off course too much, however, and in any case, I’d rather read an ambitious, blazing piece of fiction than overly precious prose that’s had the life workshopped out of it. Even if The Flamethrowers isn’t an especially beloved novel of mine, I’m glad for Kushner’s “eerie confidence.” When Valera Sr. finally decides to take a fateful motorcycle ride with what will be his Futurist cohort, Kushner writes, “The night felt like it would burn. It was burning. Why had he waited so long? He surged into it.” She might as well have been describing herself sitting down to begin this novel.

Rachel Kushner’s The Flamethrowers is now available from Scribner. 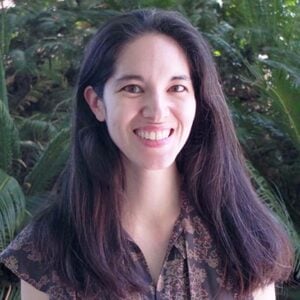 Miya Tokumitsu is a curator and writer. She is a contributing editor at Jacobin and the author of Do What You Love: And Other Lies about Success & Happiness.

Draw, Write, Love: Ulli Lust’s Today Is the Last Day of the Rest of Your Life