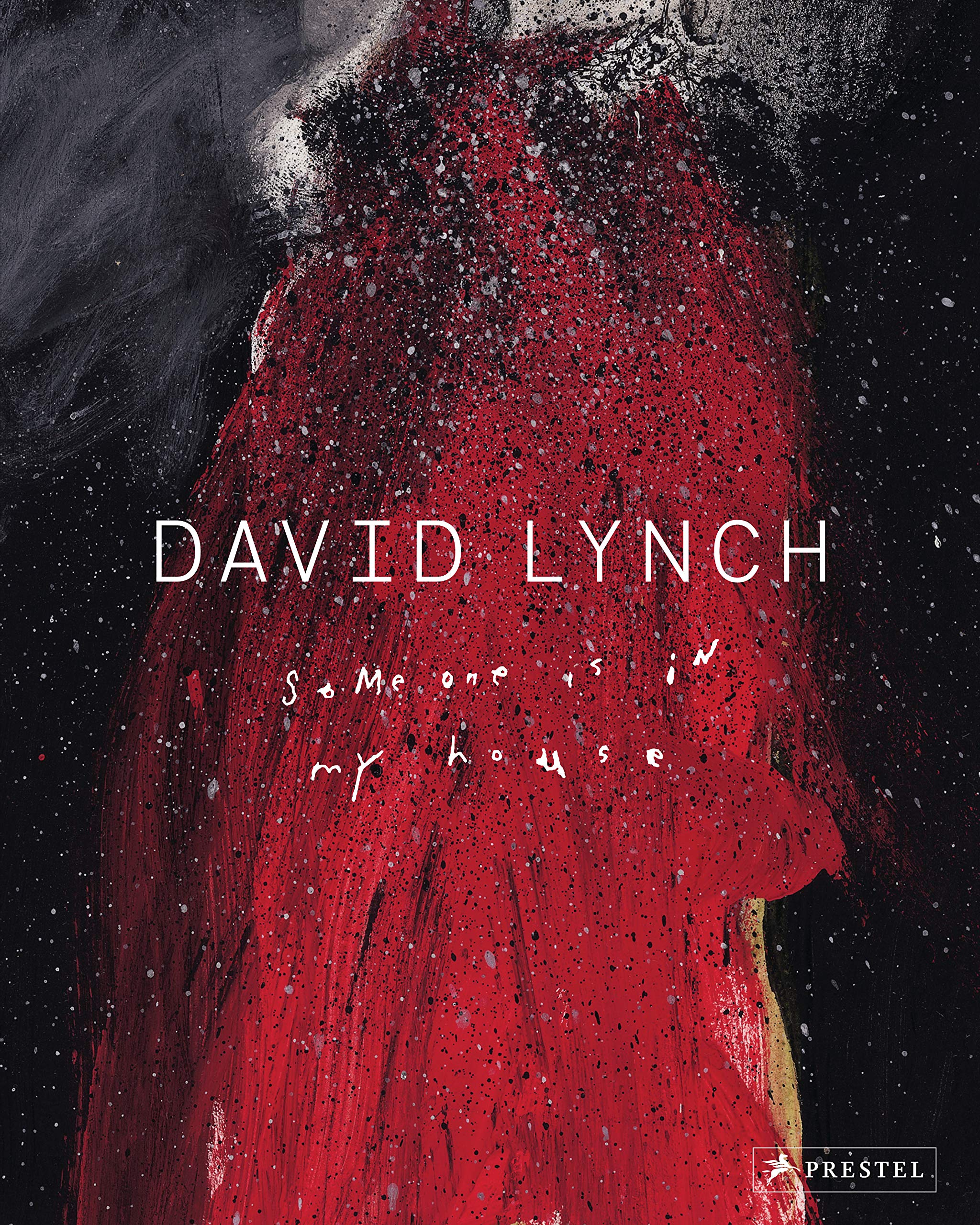 Though famous for being a filmmaker and co-creator of the TV series Twin Peaks, David Lynch works in many other mediums, including music, sculpture, photography, furniture-making, and painting, the last of which is the wellspring of his creativity. Lynch has painted since the 1960s, finding his voice among the ruinous squalor of a once-rough Philadelphia. Inspired by artists such as Francis Bacon, Lynch developed a style that’s rich in the irreconcilable contradictions that would drive his cinema. His paintings are beautiful yet macabre, mysterious and rich in the tactility of the methods of their creation.

At times, Lynch has been dismissed as a “celebrity painter” who nets prestigious exhibitions based on his fame as a filmmaker, as well as on the urge to utilize his other art as a kind of decoder ring for his films. These claims may be partially true, but this doesn’t mean that the art itself isn’t extraordinary, and there’s a concentrated effort underway to recalibrate Lynch’s reputation within pop culture. The documentary David Lynch: The Art Life featured hypnotic footage of Lynch in the studio of his Los Angeles home, smoking and creating new canvases. Last year, the book David Lynch: Nudes collected his empathetic, erotic, and astonishingly subjective photography of nude women. Now there’s David Lynch: Someone Is in My House, a gorgeous volume of Lynch’s painting, photography, sculpture, and short-film stills.

Someone Is in My House impresses one with the reach of Lynch’s ambitions and obsessions, affirming yet another contradiction of his art: that it’s vast yet repetitive and insular. Across the spectrum of over 250 stills, this volume spotlights the many techniques that Lynch utilizes. After perceptive essays by Lynch biographer Kristine McKenna, who places Lynch’s work in the context of legendary art at large, and Michael Chabon, who emphasizes Lynch’s grasp of the uncanny truth of the everyday, among others, Someone Is in My House offers a tour of Lynch’s work that’s divided by medium, starting with “Works on Paper” and continuing with “Painting/Mixed Media,” “Photography,” “Lamps,” and “Film and Video Stills.”

Each section is structured in chronological order, spanning five decades, so as to subtly assert Lynch’s ongoing evolution as an artist. The book ends with a brief biography, which will probably be well-known by anyone driven to buy it, and a list of Lynch’s exhibitions. If Someone Is in My House has one disappointment, it pertains to this structure, as a straightforward chronological organization of Lynch’s art might’ve more vividly emphasized the wild multi-pronged simultaneousness of his imagination. But this is a small issue, as this volume offers the gift of relative accessibility, allowing cinephiles and other aesthetes the opportunity to access a major and generally rarefied mine of Lynch’s workload.

To open Someone Is in My House is to plunge into landscapes of darkness inhabited by deformed humans and other creatures, who have distended, shrunken, or extended appendages, heads that are animalistic or brutalized, and bodies that are often either a collection of tumorous protuberances or are merely composed of a few lines like primitive stick figures. Among this darkness is bright color, usually red, which offers beautiful illumination that’s understood to exist at the cost of atrocity. Among darkness there’s a light of injury in other words, as Lynch is obsessed by the idea of people coming in contact with nightmarish entities and being destroyed or severely hurt in a manner that suggests enlightenment to be a kind of state of higher confusion. 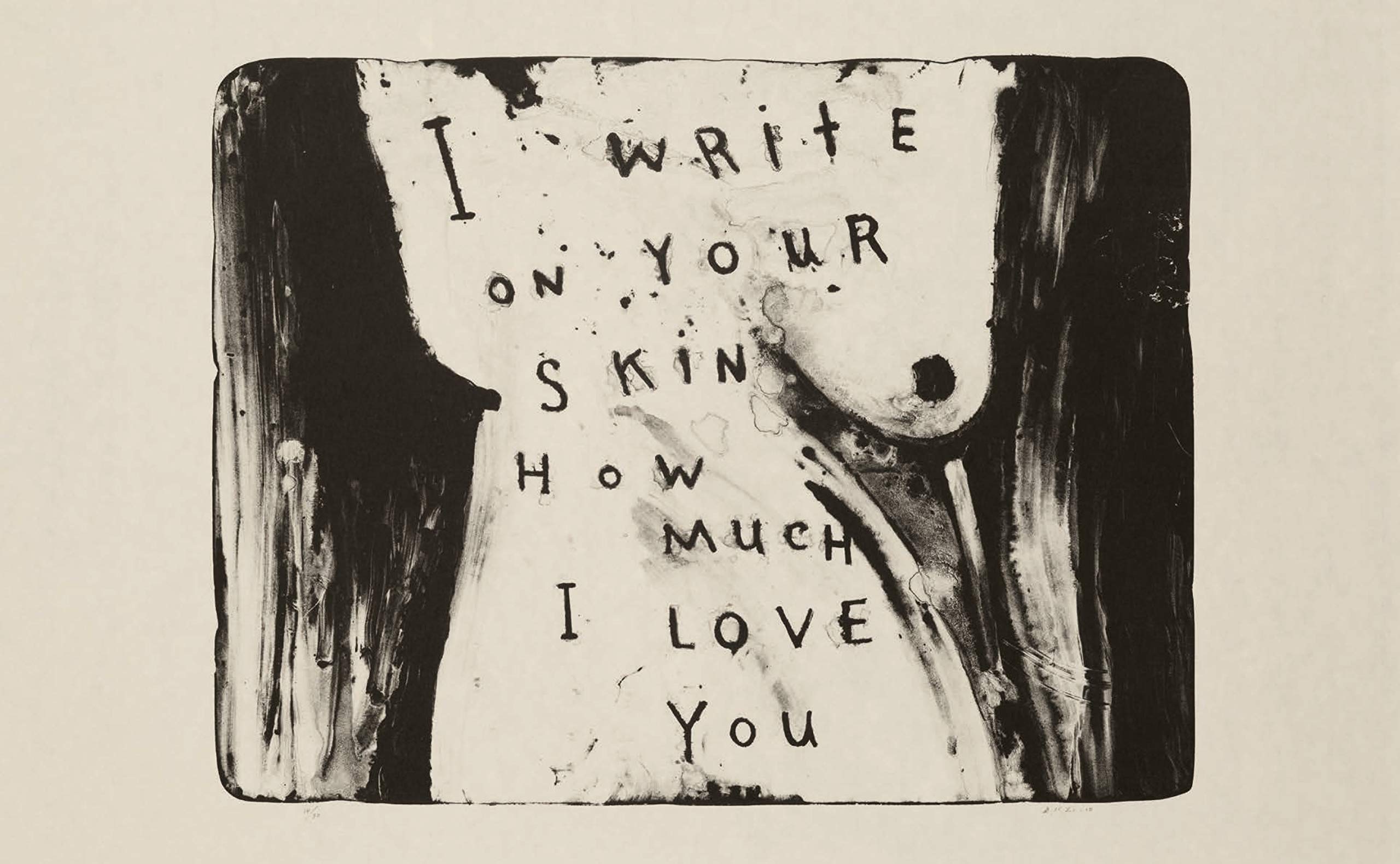 In Lynch’s art, blood and other substances gush out of heads like geysers, and people’s faces are often twisted in knots of anxiety. As in his films, Lynch’s paintings are obsessed by the home as a symbol of our illusions of stability and how easily they can be violated. This art is surreal, in that it conforms to no requirements of literal representation, but it’s also overwhelmingly docudramatic in its emphasis on its own DNA. The lithographs on Japanese paper, for instance, which are some of the most starkly memorable of this book’s many unforgettable images, are driven in part by their sense of fragility. The ink appears to have been applied to the canvases in a frenzy, and seems as if it could quite easily be wiped away. Lynch’s multimedia work, particularly his mixtures of sculptures and paintings, are populated by lumpy figures that show the imprint of the artist’s fingerprints and are built from globs of materials, suggesting how easily they could be morphed again by another god. (Or by us, who could in turn by victimized by other gods such as Mr. Redman, a quasi-corporeal explosion of carnage that haunts Lynch’s oil and mixed media canvas of the same name.)

Lynch’s art is also driven by the preludes and aftermaths of events. In This Man Was Shot 0.9502 Seconds Ago, a phallic string of guts explodes out of a man with a characteristically vague and misshapen face—a Bacon-ish image that occurs against a symmetrical interior backdrop that would be at home in an Edward Hopper canvas. Acknowledging these influences, McKenna goes on to write one of the most profound things I’ve read about Lynch’s paintings: “They have a clumsy, accidental quality and come across as thwarted attempts to make oneself understood; they feel wrought rather than painted.” Rendering characters in the face of impending or concluding cataclysm, Lynch adapts techniques that mirror their awkwardness and alienation, and this chameleonic—at once assertive and self-effacing—style has probably been part of the reason for Lynch being taken somewhat for granted as an artist.

However, Lynch’s primitivism communicates robust emotional quandaries, especially an earnest yearning for a return to a normalcy that’s been shattered—a normalcy that never existed and which is embodied by houses that are composed of only a few skewed lines. These houses might be harbingers of nostalgia for Lynch’s characters, but they’re hollow or—in the case of Lynch’s lonely and forbiddingly poignant black-and-white photographs of snowmen—closed off and ridden with secrets that are impossible to know. Many Lynch characters also face their brutal reckonings with a becoming and majestic dignity, such as the nose-headed subject of an untitled 1971 pencil sketch.

Though Someone Is in My House is adamant that we take Lynch’s artwork on its own terms, without always connecting it to his films and TV, such an exercise isn’t entirely resistible. Lynch’s art clarifies to an extent what his films are also doing: valuing moments of privatized emotional experience, and often suspending plots in time so as to show how individual epiphanies can knock us off the course of our own “narrative”—that is to say, our lives.

Twin Peaks: The Return, which is clearly on Lynch’s mind in the art that’s included in this book from 2010 forward, is a collection of scenes and images that bind the existential cosmic with the domestic rituals of our lives. For most of us, finally connecting with a lost love at a coffee shop means more than considerations of the unknowable evil that may or may not pull the strings behind the curtains of eternity. Kyle MacLachlan’s Agent Cooper became unstuck in time because he took for granted the heaven of his kinship with the townsfolk of the hellish yet pastoral Twin Peaks. He failed to recognize what the subjects of many of Lynch’s paintings discover: that, to quote McKenna again, “Life happens through us, not because of us.” Throughout his career, Lynch has mined a vein of ecstatic powerlessness.

David Lynch: Someone Is in My House is now available from Prestel.

Review: That Was Something Lays Bare the Ephemeral Desires of a Lost Youth