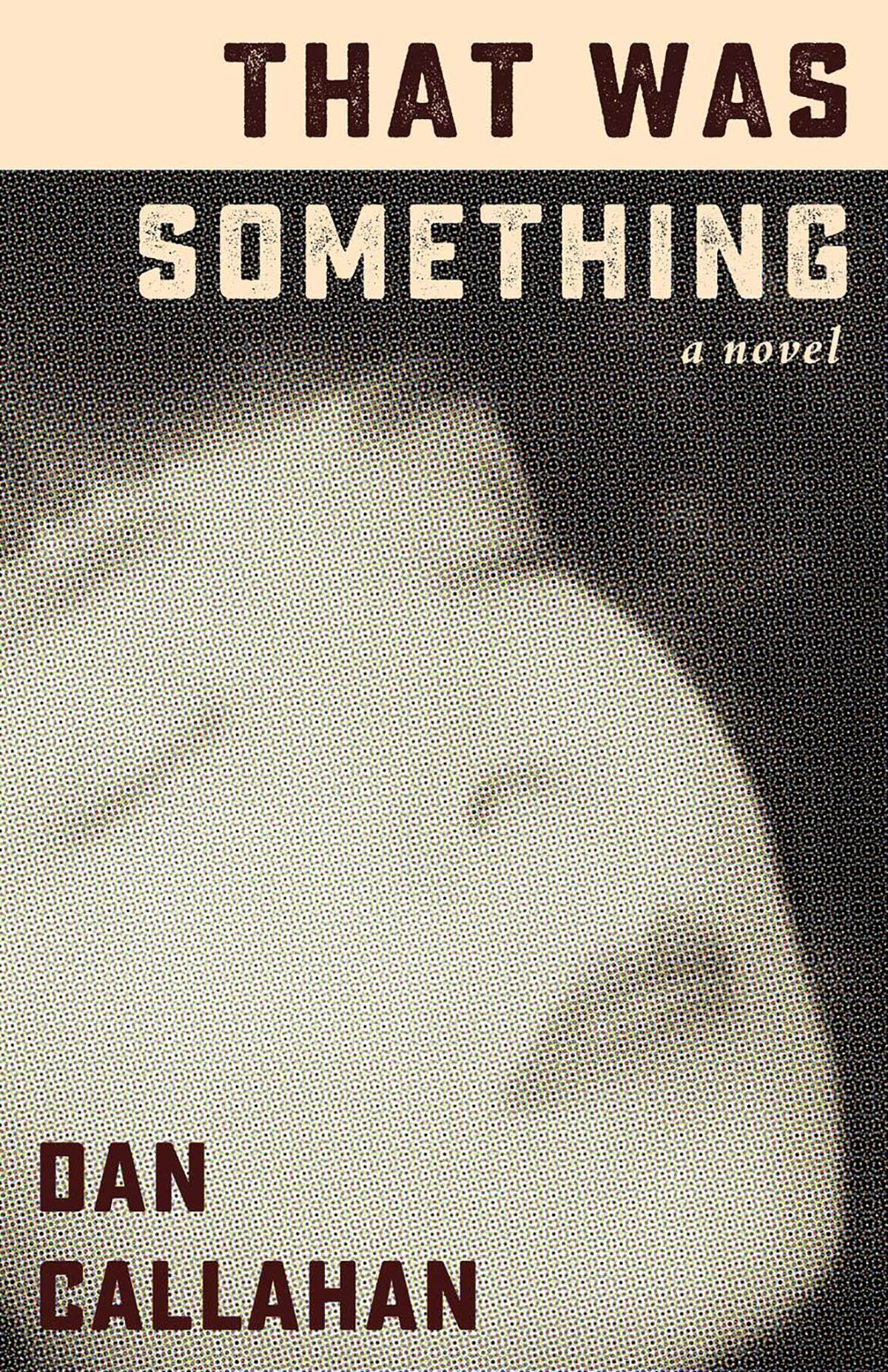 Film and theater critic Dan Callahan’s witty debut novel, That Was Something, chronicles the young adulthood of Bobby Quinn, a gay Midwestern transplant who’s just moved from Chicago to Manhattan to attend New York University. Retrospectively, it examines his obsession with the two leading players in the story of his early days in the city in the late 1990s: the enigmatic Ben Morrissey, an irresistible fellow student destined for fame in the art world, and the mysterious Monika Lilac, a dramatic and performative slightly older cinephile whose devotion to silent films is emblematic of her entire character. “I was looking for the keys to the kingdom, and I found them or thought I did in Manhattan screening rooms, in the half-light and the welcoming dark,” Bobby declares to the reader in the novel’s opening, and so begins a provocative—and conspicuously wine-drenched—narrative that serves both as a paean to a bygone era and an emphatic testimony about how we never really leave behind the people, experiences, and places that shape us into who we are in the present.

For a fleeting period of time, the lives of these three characters become intertwined and united by their shared passion for the cinema—and for each other. While Ben and Monika enter into a tumultuous romance, Bobby watches from the sidelines as he privately explores his own sexuality, mostly in dalliances with anonymous older men who he meets at bars in Chelsea, having learned to offer himself up “as a kind of virgin sacrifice.” Throughout, Callahan’s frank descriptions of Bobby’s early sexual experiences are a welcome departure from metaphor, while still seeming almost mythical in the way that Bobby recalls them, just like how all of the liminal moments in our lives—the moments in which we cross a threshold and permanently abandon whoever we had been before—seem to mark our personal histories almost like the transitions between the disparate chapters of a novel.

Bobby has been deeply in love with Ben ever since the two met for the first time in a common area of their shared dormitory at NYU, and Ben keeps Bobby only barely at arm’s length—sexually and otherwise—throughout the dazzling weeks, months, and even years of their relationship as young men. He constantly reminds Bobby that they would probably be lovers if only Ben were gay, which is obviously music to Bobby’s ears, fueling many of his private fantasies. And Bobby is also the prized subject of Ben’s budding photography career, often photographed in the nude, and both the photographs themselves and the act of bringing them into the world blur lines of sexuality and masculinity as the friendship between the two young men deepens and becomes increasingly complex.

Callahan cocoons his characters in what feels like a time capsule, capturing them at their most beautiful and glamorous and then presenting them to us as if on a stage—or on a screen, which the characters in the novel would agree is even more intimate, even more akin to a grab at immortality. Other characters drift in and out of the central narrative in the same way that one-night stands and people we’ve met only at dimly lit parties can sometimes seem blurry and indistinct when we try to recollect them later, but the love story that Bobby is most interested in sharing with the reader is that of a queer young man’s obsession with his larger than life friends during a time when everything for him was larger than life.

Callahan’s previous book, The Art of American Screen Acting: 1912-1960, demonstrates the author’s talent for dissecting the subtlety and nuance of the many nonverbal ways in which the icons of the screen communicate with one another, and here too in That Was Something is close attention paid to the power of performance. The novel is also a story about falling in love with a city, even in retrospect—and even after the version of the city that you originally knew is gone forever. And in the familiar yet always poignant way in which the sights and sounds of a lost New York typically wriggle their way into a novel like this one, the city is at first a backdrop before it inevitably becomes a character.

Monika Lilac hosts a silent film-themed party at her house during which the guests have been cleverly instructed to pantomime their communication to one another rather than speak out loud, and to write out any absolutely necessary dialogue on handmade title cards. At the end of the party, the various revelers—wearing only their underwear, at Monika’s command—all together “streamed out into the night and ran like crazy” through New York City streets while being pummeled from above by heavy rain, not caring at all who was watching. And Bobby, from the vantage point of years in the future, recalls:

In any other place, we might have been harassed, arrested, or the object of wide-eyed stares. Not in Manhattan. And that has its flip side, too. Because Manhattan will let you do whatever you like, at any time of the day or night, but it won’t ever pay attention to you. You can be world famous, and Manhattan still basically doesn’t care, most of the time. And if you aren’t world famous, Manhattan regards you at several ice-slicked levels below indifference. And sometimes, on less wonderful days and nights, some attention might be welcome.

In a blurb on the novel’s back cover, Wayne Koestenbaum describes That Was Something as “The Great Gatsby on poppers,” and there’s definitely something of Nick Carraway in the voice of Bobby Quinn as he looks back at his disappearing New York and the people who populated it, the ghost of a city that disappeared forever the moment he looked away. Callahan’s novel enters the canon of the queer roman a clef—as well as the literary New York novel—by mixing vibrantly realized memories of a fleeting youth, ruminations on the origins of desire, and a deeply felt nostalgia for the way things once were into a cocktail that tastes exactly like growing up and growing older in the same city in which you were once young. And the hangover after a night spent knocking them back in the dim light of a Manhattan dive, as anyone who still occasionally haunts the haunts of his youth can tell you, is always brutal.

Bobby is now many years older as he narrates That Was Something, his desires tempered or at least contained by realistic expectations of how and in what ways they might be satisfied, and his relationships with Ben (now famous) and Monika (now vanished) are either nonexistent or else greatly demoted from the centrality that they had once firmly occupied in the narrative of his life. But there’s still urgency in what Bobby is telling the reader. In the novel’s brilliant final pages, we come to realize that the act of looking back at our younger selves is both masturbatory and transitory, mostly an exercise in framing. Bobby has been explaining how age has made him wistful about his moment in the sun, but then he’s suddenly remembering a fantasy that he once enacted alone one afternoon in his dorm room, back when he was still a virgin—and back when all of his fantasies were about Ben Morrissey:

I entered another place with my mind. It felt like what stepping into the past would feel like now, maybe. It was forbidden, and I was getting away with it. … Looked at from the outside and with unsympathetic eyes, it would be pitiful and grotesque, maybe even laughable. So why am I still so certain that something else occurred?

The lesson we’ve learned by the end of That Was Something is that the stories we tell ourselves about the past have always been revised from a previous draft. Just think of all that film that ends up on the cutting room floor during the editing process, to be forgotten and swept away with the garbage after the best take has been safely delivered. Only with the benefit of hindsight can we wipe away the shame and growing pains of early stabs at love and failed expressions of desire and instead render the past beautifully, artfully, just as the cinematic film frame limits our perspective so that all we can see is what the director has meticulously manufactured specifically for us. The equipment that made the image possible in the first place has been painstakingly concealed, so that all we notice—all we remember—is whatever ends up remaining beneath the carefully arranged spotlight.

Sometimes a great novel, like a great film, can at once transform and transport us, offering a glimpse into a lost world made all the more beautiful by the distance it asks us to travel into our hearts and minds. At the end of one of the last film screenings that Bobby attends in the company of Monika Lilac, she says wistfully to him, “You know, you’re downhearted, and you think, ‘What’s the use?’ and then you see a film like that and it speaks to you and suddenly you’re back in business again!” And the film they’ve been watching, she has just whispered to Bobby as the credits rolled in the emptying theater, was the story of her life.

Dan Callahan’s That Was Something is now available from Squares & Rebels.

Review: Someone Is in My House Showcases the Reach of David Lynch’s Obsessions

Review: Samanta Schweblin’s Mouthful of Birds Is a Collection of Searing Epiphanies