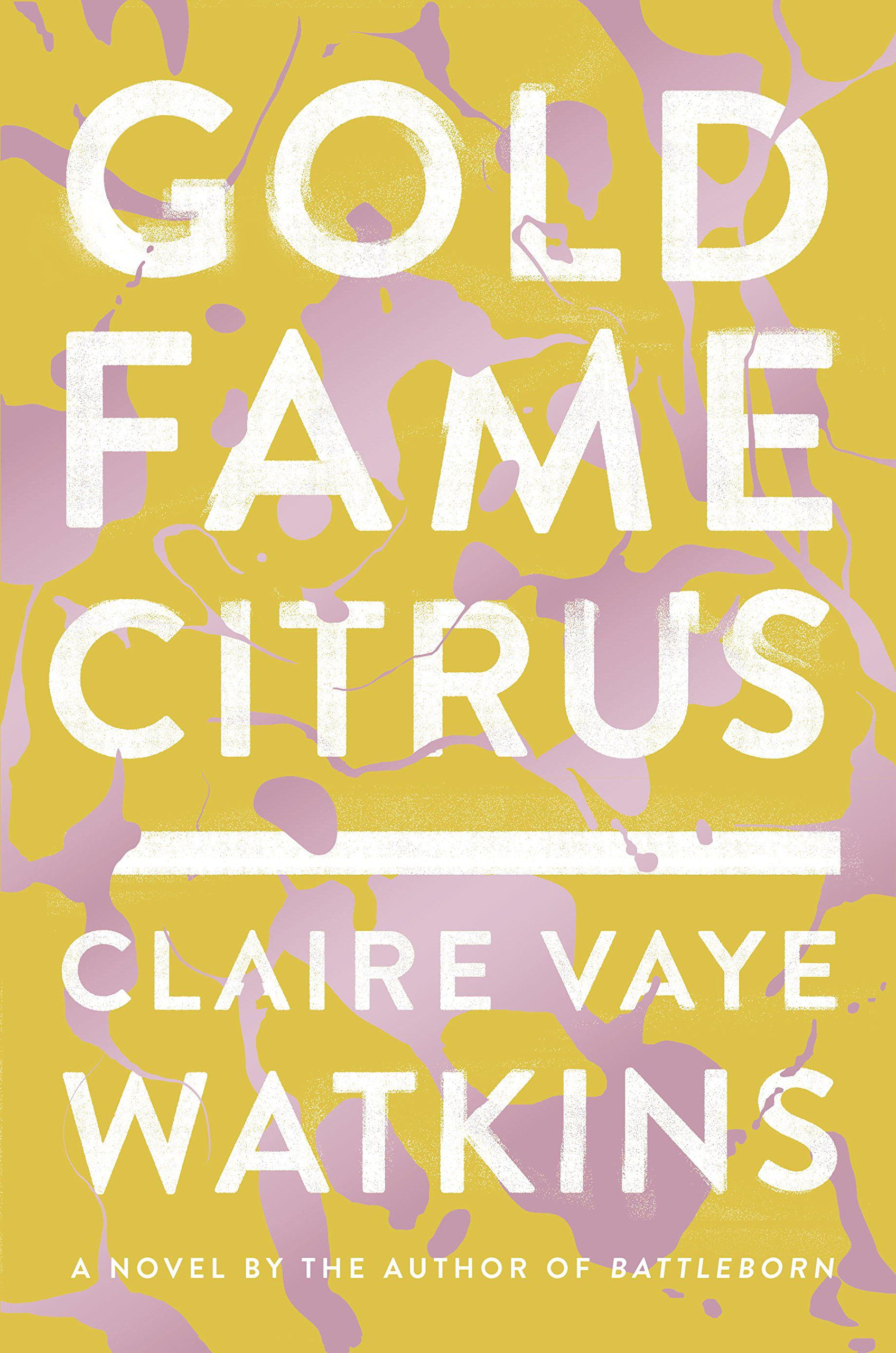 Even those who read Steinbeck’s The Grapes of Wrath with belligerent disinterest remember that novel’s miraculously bizarre ending, in which Rose of Sharon offers her breast to an old man starving in a barn. It’s a moment so gravid with the many conditions of an exhausted America that’s malnourished and emptied, but also hopeful. Claire Vaye Watkins’s Gold Fame Citrus is a work of equal desperation and ambivalence, set in a near future where a generation-long drought has ravaged the Southwest, a place that, mostly evacuated, becomes a kind of hallucinatory wasteland. Like Steinbeck’s classic, thirst is everywhere in this debut novel: spiritual thirst, sexual thirst, a thirst for understanding and for survival. But unlike his novel, thirst isn’t driving Watkins’s characters to the West, but out of it, the California dream transposed into the California nightmare.

We begin in L.A., now a place of 10 million empty swimming pools. Luz, a rail-thin Mojav with an appetite for the nature writings of explorers like John Muir, and Ray, an AWOL soldier and surfer, have been quartering themselves in a starlet’s abandoned château after the “drought of droughts” has driven most of the population East. Living off of rationed cola and whatever else they can forage, the pair convince themselves they need to escape to safer territory after letting a young, strange child, dubbed Ig, into their lives. The book’s title serves as a kind of grotesque, nostalgic punchline when it becomes quickly apparent that the old desires found in the West—prosperity, stardom, sustenance—are no longer even vaguely on the horizon.

In most literary fiction, the West isn’t a place you would want to find yourself in. Our cultural imagination colonizes this region with a repertoire of the damned: Hollywood narcissists, crazed evangelists, tattered Dust Bowl migrants, cult messiahs, gamblers, grifters. But when Watkins employs such characters, it’s with a wink meant to challenge these mythologies. Her remapping of the frontier renders the West as terra incognita while sustaining the contingency and hopeless possibility that’s synonymous with the terrain.

Originally a poster child for the drought generation, Luz was called “Baby Dunn” from birth and monitored by the press and government to follow the development concerning the water crisis. Luckily, Watkins resists making her characters symbols, instead filling them with contradictions, grating textures of desire against each other like tectonic plates, strewing mini apocalypses throughout the reading experience.

As the trio wends through the perilous desert, we learn of government cover-ups and conspiracies, of the Amargosa Dune Sea’s roiling, mysterious magnetism and the failed attempts of scientists to save what is now “Unhealed yet scar-tissue white, a wound yawning latitudinal between the sluice grafts of Los Angeles and the flaking, friable, half-buried hull of Las Vegas.” It would be oblivious to deny that Watkins in part shares her visions of sweltering badlands with writers like Joan Didion or Denis Johnson. The inevitable comparison to Cormac McCarthy and Margaret Atwood invites itself all too easily. But pointing at these authors also feels lazy. Watkins’s language and story—at times saturated with chimeric imagery, at others with environmental backstory—never feels cooled by the long shadows her literary forebears cast.

Post-recession America has welcomed literary dystopia with open arms, and if one reads the headlines it becomes apparent why. Novels like Emily St. John Mandel’s Station Eleven, Edan Lepucki’s California and this one don’t feel too outrageous after hearing the deafening clarion calls that come with viruses, water crises, wildfires, and climate catastrophes. The startling nowness of Watkins’s novel doesn’t dilute its cataclysmic premise, but rather ups its voltage.

It’s easy to let the blistering prose distract from the novel’s limitations concerning plot. If the story has the recoil of a shotgun blast, it’s also just as scattershot. Rarely does a writer employ so many expository details without engaging them later in the narrative. So much world-building occurs that we can only invest in the narrative, but after the curtain drops it isn’t clear whether or not we’ve been swindled.

Late in the novel, we follow Ray’s vagabondage in the desert, his sight distorted after suffering a burn:

His world was a photo negative of itself, a kind of heat vision except the world was all heat. Colors he’d not seen in a long time somersaulted across his field of vision—Technicolor cells on parade, lackadaisical psychedelia, rainbows prismed then collapsing, the drought of droughts through a kaleidoscope. He knew these colors to be unreal—symptoms of a shorted-out ocular nerve, a spent rod or cone, a fried disc somewhere—but still, they were company.

The passage exemplifies an authorial lens capable of both panoramas and extreme close-ups, but also hints at the novel’s own interpretation of the West. Like Ray, Gold Fame Citrus finds solace in the heat hazed equator between the possible and impossible, in the ways minds can be warped.

The best, most challenging apocalypse novels don’t serve as diagnoses, but as attempts to explore how we answer the inevitable end; consider that “apocalypse” finds its root in the Greek for “revelation.” Watkins’s debut is probably a brilliant novel because it knows why we’re drawn to the apocalypse narrative, yet its revelation shouldn’t be mistaken for its relevance. Gold Fame Citrus functions more as an illusion, so painfully described and felt that it makes us ask whether the terrifying vision we are nearing could be our reality, and not a mirage at all.

Language in Translation: Valeria Luiselli’s The Story of My Teeth

Giving Shakespeare His Due: Brian Selznick’s The Marvels