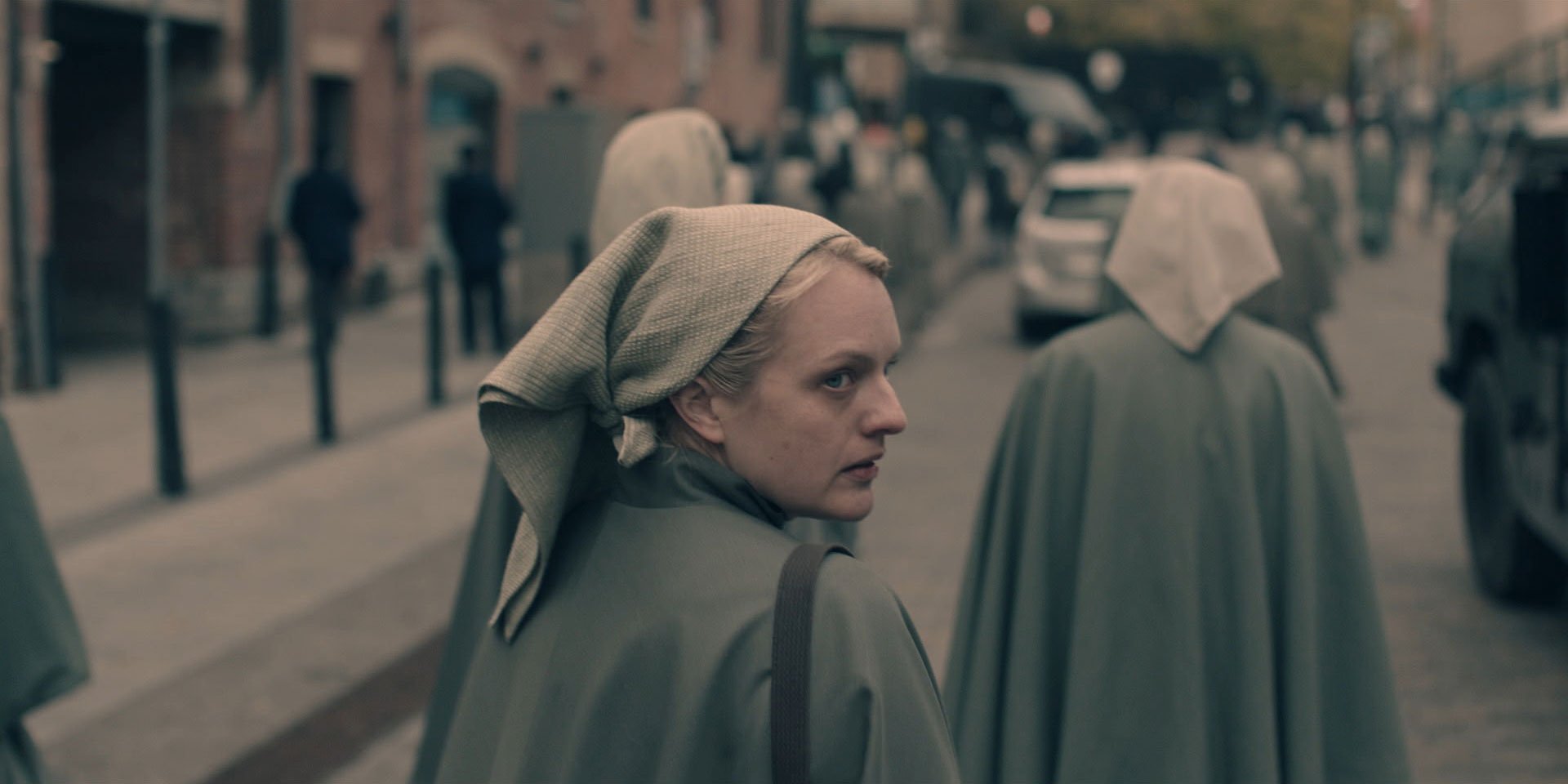 In his review of Volker Schlöndorff’s 1990 film adaption of The Handmaid’s Tale, Entertainment Weekly’s Owen Gleiberman called Margaret Atwood’s fantasy of a reproductive dystopia “paranoid poppycock,” and the author’s fear of a totalitarian regime birthed from religious fundamentalism “wildly overestimate[d].” It’s easy to forgive Gleiberman for his skepticism and naïveté, even at a time when the conservative forces that currently drive our country’s discourse had already firmly gripped the body politic. Few could have imagined that the social progress we’ve made since then would not only unearth the rot festering beneath the surface of civil society, but that the backlash from a small yet virulent minority of white nationalists and their silent enablers would be so corrosive.

No, America isn’t Gilead. But it might be something altogether more insidious. That Hulu’s The Handmaid’s Tale came when it did, premiering in the months following Donald Trump’s inauguration and the birth of the Women’s March movement, was a perverse sort of kismet. And in its third season, the series remains unsettlingly relevant—a harbinger for the consequences of complacency and the slow, oppressive creep of authoritarianism.

By the start of its second season, The Handmaid’s Tale had already begun to expand beyond what was conceived in Atwood’s novel. Early on in the new season, it becomes apparent that, while June (Elisabeth Moss) continues to be our eyes inside the Republic of Gilead, this is no longer her story. When her lover, Nick (Max Minghella), learns that she remained in the country after he helped arrange for her escape at the end of last season, he warns her, “You’re going to die here.” She knows it, and in some ways, it feels like her story has died too.

Though June’s quest to save her daughter, Hannah, is still one of the show’s implicit and explicit objectives, it’s no longer the principal driving force. Instead, it’s the stories of two other women, who have the potential to destroy Gilead from within and without, respectively. Emily (Alexis Bledel) is adjusting to life in Canada after fleeing Gilead with June’s baby daughter, Nicholle, and small moments—like her nonplussed reaction to being told that her cholesterol is “a little high”—are revelatory. Whether or not her character will emerge as a political force in opposition to Gilead, she’s a hero to those still held prisoner there, and her very existence as an openly gay, highly educated woman, is itself an act of resistance.

First and foremost, though, this season is Serena’s (Yvonne Strahovski) story, as June gently but persistently nudges her to take more control of both her fate and that of the women and female children of Gilead. In the exquisite fourth episode, “God Bless the Child,” the two conspire together at a neighbor’s house; Serena offers June a cigarette and the pair lean back in their lounge chairs alongside the indoor pool. A shift has occurred: The women have control now—if fleetingly—but rather than cut to a wide shot, director Amma Asante opts for a close-up of June as she takes a drag, the smoke wafting in front of her fuming face.

Perhaps that’s because Asante knows what we don’t: that Serena will, once again, flip on June. What can make The Handmaid’s Tale so tedious isn’t necessarily its pace—after all, progress is rarely linear and part of the show’s genius is the sadistic way it forces us to endure June’s perpetual captivity—but its characters’ inertia. That’s why watching Serena’s evolution has been so satisfying, and her backsliding so maddening. Strahovski’s carefully calibrated performance has made Serena’s transformation from oppressor to freedom fighter feel inevitable, but the show’s writers seem determined to keep her as a foil for June.

In the climax of the otherwise enervating sixth episode, “Household,” June and Serena—two women utterly subjugated by a fundamentalist patriarchy that Serena helped design—quietly and devastatingly tear each other down inside the Lincoln Memorial, desecrated during the Second American Civil War. It’s a powerful juxtaposition that feels understated compared to the heavy-handed (or, rather, winged) imagery from earlier in the episode that recalls the instantly famous shot of Daenerys and Drogon in the Game of Thrones finale.

Bradley Whitford’s Commander Joseph Lawrence, the founder of the colonies where sterile women are forced to excavate toxic land, is almost as frustratingly capricious as Serena. He may have tried to help June escape last season, but now he’s content to toy with her like a cat would a helpless mouse. During a riveting argument with June in the third episode, “Useful,” Joseph articulates perhaps the most compelling case yet for the motivations of those who created Gilead. Despite his obvious contempt for people, he sees his cause as noble: He’s “saving the planet,” and “replenishing the human race,” he tells her, before seething, “What did you do to ever help anyone?” It’s a question she can’t answer.

Aunt Lydia (Ann Dowd), too, continues to show glimmers of humanity, and as always, they’re prone to evaporating in often-explosive instants. It’s only in “Household,” when she sees the methods with which handmaids in D.C. are silenced, that the empathy she clearly has for June and the other handmaids lingers for a spell. The moment hints at some deeper truth about Lydia and one imagines a peek into her former existence would go a long way toward making her feel less like a one-dimensional villain. Even merely having one of the girls under her charge ask her about her past would provide an opportunity to humanize a character whose backstory and motivations seem to be richly drawn—if only in Dowd’s own head.

June is given ephemeral moments of empowerment, like at the end of “Useful,” when she ruthlessly turns Joseph’s attempt to implicate her in his crimes into a power play for the resistance. But one gets the sense that stasis is the show’s endgame. Hulu has suggested The Handmaid’s Tale could continue for 10 seasons, and Gilead’s increasing brutality and fanaticism adds new layers to our macro understanding of this oppressive society’s evolution. But while the writers have successfully created an atmosphere of dread and uncertainty that echoes that of the show’s characters, the withholding of catharsis can be wearying. Like society itself, the series resists progress at its own peril.