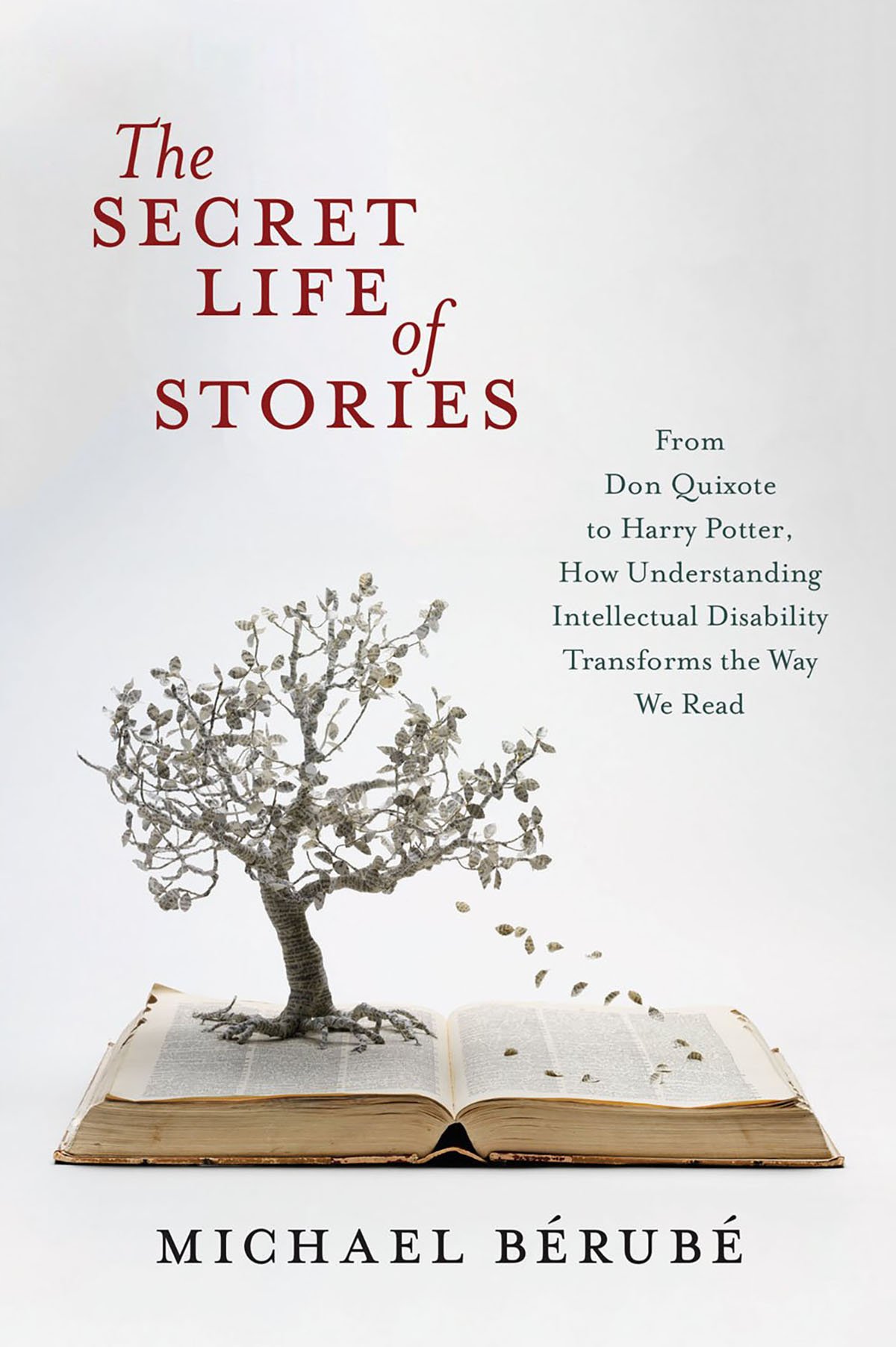 Michael Bérubé’s The Secret Life of Stories: From Don Quixote to Harry Potter How Understanding Intellectual Disability Transforms the Way We Read is that rare book that manages to speak to its specialized academic audience while imagining and addressing a much broader readership. Bérubé, who’s the Edwin Erle Sparks Professor of Literature and Director of the Institute for the Arts and Humanities at Pennsylvania State University, has crafted an accessible, if still rigorous, study of the way fiction grapples with intellectual disability.

“Representations of disability are ubiquitous,” he states in his opening sentence, “far more prevalent and pervasive than (almost) anybody realizes.” Take Disney’s Dumbo: You maybe wouldn’t use the language of disability to describe the oversized ears of the titular elephant, but at the heart of the 1941 film is a message about overcoming—embracing even—one’s differences in order to succeed. By the end of Bérubé’s book, you’re likely to start spotting the way disability is often used as a trope in films as diverse as Minority Report, Total Recall, and Mad Max: Fury Road. But Bérubé wants to push us further than merely understanding the ubiquity of disability in pop culture. This is especially important as disability (both physical and intellectual) is often used as a metaphor or character trait in popular art, significant only in the way it teaches us something about a story or a character with rarely any nuance with regard to the disability itself.

At the heart of Bérubé’s book is a simple question: “What does the study of disability tell us about the practices of reading?” The question pulls The Secret Life of Stories away from the most recognizable way in which disability studies tackles issues of representation. “Disability Studies limits itself unnecessarily, as a new branch of criticism and theory,” he writes, “whenever it confines itself to determining the disability status of individual characters.” This is the case in particular when it comes to intellectual disabilities. Thus, to read The Curious Incident of the Dog in the Nighttime and to try to figure out what kind of intellectual disability author Mark Haddon is depicting teaches us very little about the text, the characters therein, or our own interaction with the novel’s genre-bending narrative.

Instead, Bérubé’s book is driven by the conviction that “narrative deployments of disability” can be “narrative strategies, devices for exploring vast domains of human thought, experience, and action.” It’s a much more productive conversation, and one which makes for a fascinating read. That means that while The Secret Life of Books is focused on novels like J.M. Coetzee’s Life and Times of Michael K and William Faulkner’s The Sound and the Fury, Bérubé is less interested in diagnosing whether Michael K. or Benjy suffer from autism than in figuring out what it is Coetzee and Faulkner accomplish by placing such characters at the heart of their novels.

This, he admits, is a trickier proposition, but one which helps us to understand how assumptions of “normalcy” are embedded in the very act of reading a novel. That is, in looking at books like Philip K. Dick’s Martian Time-Slip that are so formally “disabled” in terms of their narrative (time travel disturbs the narration’s linear chronology), Bérubé hopes to “lay bare the crafty procedures that go into the cultural production of artifacts we now take to be ordinary, straightforward, unproblematic representations of the world.”

This is particularly thrilling when he encounters dense and outré novels like Dick’s or Maxine Hong Kingston’s The Warrior Woman, but lest one think Bérubé is above mainstream fare, he offers a particularly insightful reading of Ariana Dumbledore, a minor but crucial character in J.K. Rowling’s Harry Potter saga, that suggests the lessons of The Secret Life of Stories need not be restricted to modernist texts or twisty sci-fi novels. The close reading of the Harry Potter series, which serves in part as an introductory piece to Bérubé’s overall project, resonates more powerfully because he laces it with autobiographical anecdotes of reading the these novels with his youngest son, who was born with Down syndrome. The introduction is also careful to lay out the critical vocabulary of the book, arming you with the necessary theoretical background to tackle the attentive close readings that follow.

Bérubé unpacks how characters with intellectual disability warp the texts they inhabit. As he argues, since mindedness “is so obviously a necessary condition for self-representation and narration,” the inclusion of characters with various forms of damaged mindedness makes readers more aware of how necessary an able mind is to our tenets of fictions. What sounds like a challenging proposition is laid out carefully and dutifully by Bérubé, whose three slim chapters tackle intellectual disability through three different domains: motive, time, and self-awareness. Centering each on a different novel, and sprinkling anecdotal and personal asides throughout, The Secret Life of Stories is a surprisingly breezy read even when speaking about literary Darwinism or breaking down “aesthetic nervousness” for the uninitiated.

Bérubé’s text isn’t exhaustive. This is by design. He’s chosen instead to write “a short and sharp book, delineating a few of the most important and engaging uses of intellectual disability in fiction.” This means the text is exploratory more than encyclopedic, driven by a sense of curiosity that, he acknowledges, makes it prone to oversights and missed opportunities. Because of that, The Secret Life of Stories emerges as a surprisingly generous text which all but demands its readers take up its claims and push them further, question them furiously, and create an ever-growing conversation that will only enrich the arguments therein.

Michael Bérubé’s The Secret Life of Stories: From Don Quixote to Harry Potter How Understanding Intellectual Disability Transforms the Way We Read is available now from NYU Press; to purchase it, click here.